Washington State was 90 minutes shy of hosting a football game at Martin Stadium on Saturday. Now the Cougars won’t have another opportunity to play meaningful snaps in Pullman until the 2021 season.

The Pac-12 Conference announced pairings for the seventh and final week of the 2020 regular season, pitting Washington State against Utah next Saturday in Salt Lake City. The Cougars (1-2) and Utes (2-2) will kick off at 10:30 a.m. PT on FS1. 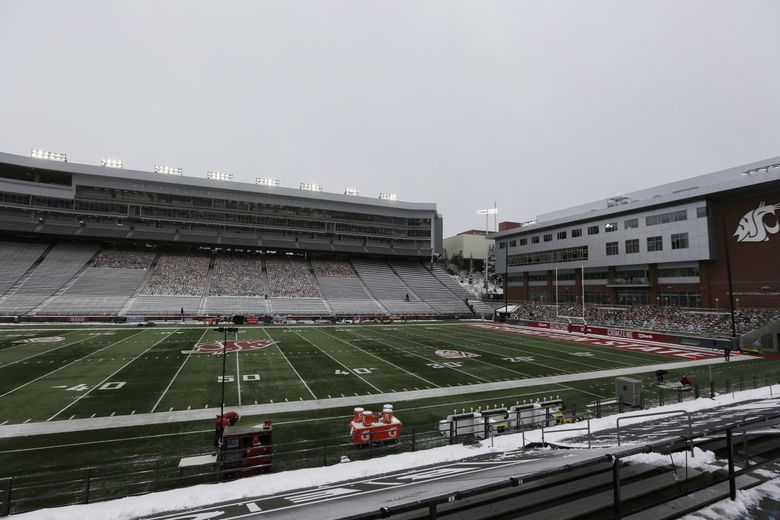 WSU football game vs. California canceled about 90 minutes before kickoff due to COVID-19

If COVID-19 issues don’t sideline Washington (3-1) for a second consecutive week, the Huskies move on to play USC (5-0) in the Pac-12 championship game on Friday in Los Angeles (5 p.m., FOX).

Because of COVID-19, the Cougars have played just three of their six scheduled games this season and only one at home, on Nov. 14 against Oregon. With as many as nine players in COVID-19 protocol, WSU had two games canceled earlier this season – at Stanford and on the road against Washington – and Saturday’s game was called off after Cougar players had already taken the field for warmups when it was learned a California player has tested positive for COVID-19.

The Utes have endured their own COVID-19 setbacks this season. Utah’s first two games, at home against Arizona and at UCLA, were canceled because the Utes had a number of positive tests within their program.

Kyle Whittingham’s team lost its next two games to the teams meeting in Friday’s conference championship game, but Utah has won its last two, beating Oregon State 30-24 and Colorado 38-21 to end the Buffaloes’ Pac-12 title hopes.

The Cougars hold a 9-8 advantage in the all-time series against the Utes and had won four consecutive games before suffering a 38-13 blowout loss at Rice-Eccles Stadium in 2019 – the final game of Tracy Claeys’ tenure as WSU’s defensive coordinator.