The death of George Floyd and the nationwide protests that ensued as a result have prompted millions to voice their concerns and speak out about the ramifications of racial inequality and police brutality. Dozens of Washington State, Gonzaga and Eastern Washington student-athletes and coaches have used, and continue to use, social media to express their thoughts about Floyd’s death and the conversations that have resulted from it. 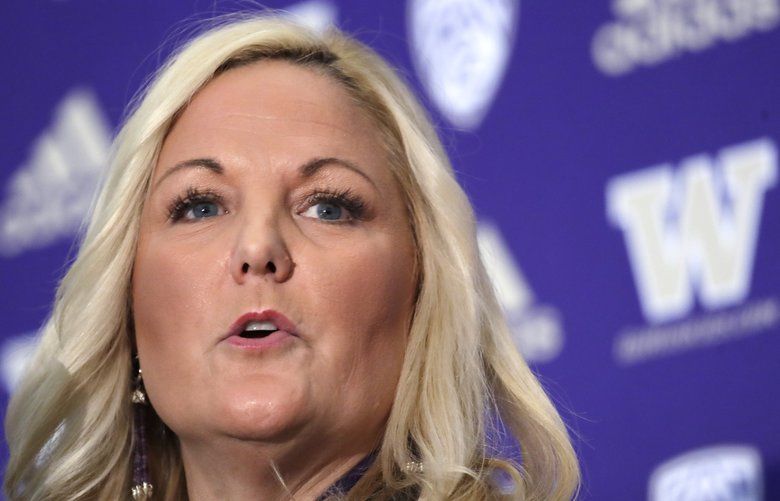 AD Jen Cohen’s message to people of color in UW athletics: ‘We’re here to not only support you but to stand by you.’

WSU athletic director Pat Chun: “Fifty years ago, my parents immigrated to the United States from South Korea, filled with promises and ideals of the American Dream. Unbeknownst to them, the hope of the American Dream that brought them to a new land was filled with historical systemic inequities, injustices and gross social disparities. Unfortunately for our country, there are countless examples of oppression that still exist today, specifically against our African-American communities, and this is unacceptable.”

WSU soccer player Mykiaa Minniss: “I have been struggling to find the right words for what we continue to deal with in this injust world. I can say this: I will not be silenced. I will never be ashamed of my black skin. I will always stand up for my brothers and sisters.”

Gonzaga men’s basketball coach Mark Few: “Growing up the son of a minister, and in a Christian family, I was taught and modeled that every person on this earth is equal and should be treated the same no matter their race, color of skin, gender or socioeconomic status. Actions are more important than words. Myself and our program will continue to be an active part of enacting change locally, regionally and nationally.”

WSU football coach Nick Rolovich: “In 1998, a fight broke out after a CCSF vs. Chabot football game. My black teammates protected me that day. Today, I hope to repay that act in some capacity. You see, anyone that has loved this game, truly loved it, has never seen skin color. When I first walked into the City locker room for the first time at 18, I was the different one for the first time in my life.”

Eastern Washington football coach Aaron Best: “For our team it starts w/ open/honest dialogue and truthful communication inside our building and locker room. There is zero tolerance for injustice. It will take TOGETHER to get this done and a DAILY commitment to see this through.”

WSU football player Lamonte McDougle: “PSA College coaches: A statement is not enough Y’all have been benefiting from the hard work of young African-American men your entire careers I need to be seeing some donations and if it really took 6 days for you to address what’s going on you’re just trying to save face.”

WSU football player Renard Bell: “They’ve arrested thousands of protesters and still have yet to arrest 3 out of 4 cops involved in the murder on George Floyd”

Gonzaga women’s basketball coach Lisa Fortier: “Too many people I love and too many people I will never meet live a life filled with emotions they should not have to feel. I will always stand with them. #NoMoreRacism #BlackLivesMatter #Equality #Spokane”

WSU basketball player Isaac Bonton: “As long as we can BREATHE, we should not be SILENT. And that goes for everybody!”

Eastern Washington football player Eric Barriere: “Praying for peace. But enough is enough. At this point you’re either with the movement or against it. This has been going on for way too long, it’s time for a change.”