UW athletic director Jen Cohen sat on a couch in the lobby of the W Hollywood Hotel, while the landscape of college football continued to shift beneath her feet. From a global pandemic to the arrival of name, image and likeness laws to another dizzying round of realignment rumors, UW’s sixth-year athletic director has guided her department through a minefield of unforeseen obstacles in the past 17 months.

On Tuesday, as Pac-12 media days wound down, Cohen discussed the changing college football climate and where the University of Washington goes from here. 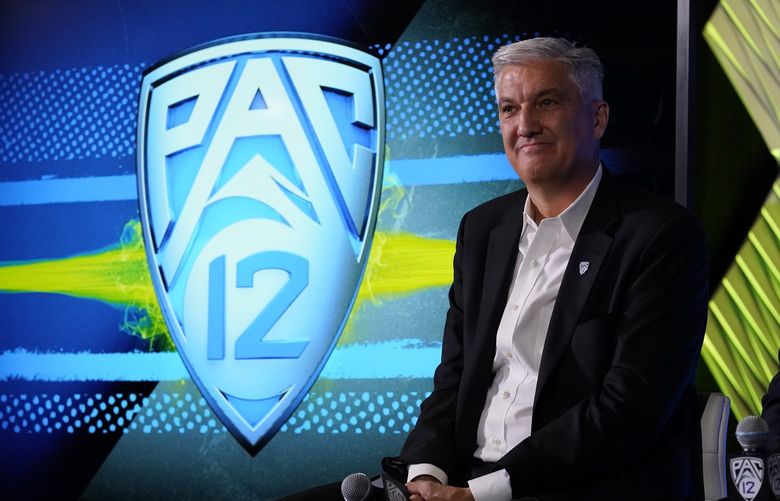 Pac-12 survival guide: A plan to solidify the conference’s future as realignment roils the landscape

What was your first reaction when you saw the rumors last week that Texas and Oklahoma would leave the Big 12 for the SEC?

“I think, one, there’s always change in our industry. There’s been a lot that’s been happening — a lot of rumors — around realignment that have been floating for a long time. With that being said, it’s always surprising. I love college football. You love college football. I’m all about evolving and adapting, but I also wonder where there’s the line for greed and winning at all costs and what’s best for individuals versus the greater good. I’m thinking a lot about that. I’m not necessarily saying that just in reference to the realignment, but just in all these things that are going on — whether that’s expansion, things around how you balance team in the locker room with NIL. There’s a lot on my mind on this. I think we’re stewards of college football, and we need to make sure we find that right line between growing it and making sure that it’s in a really good position for opportunities down the road.

“Think about men’s basketball and women’s basketball. Those tournaments are so fun because everybody’s got a shot. That’s why fans love it. There’s fans that are involved in all of these decisions. There’s university, community. We’ve just got to be nimble and open and keep trying to adapt, but also be true to who we are.” 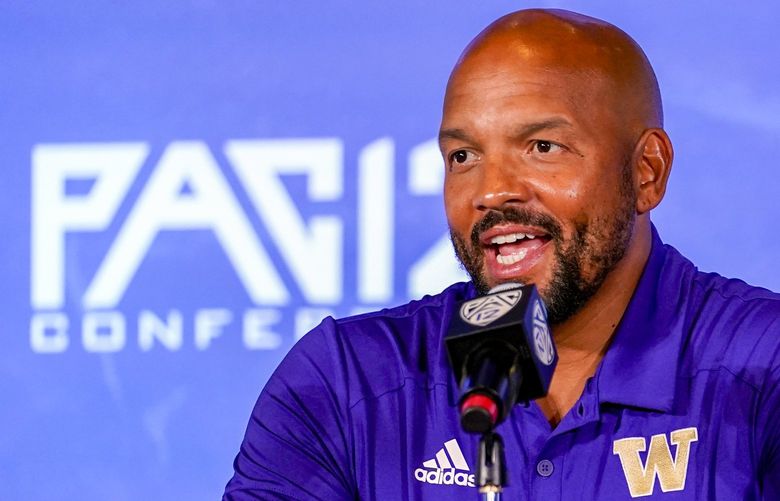 On that point, European soccer tried to have its super league, and that was shot down by the fans, because they respected rivalries and history and all of those things. Now there’s talk about whether this is where we’re heading (in college football) — a 30-team super league or something similar. Do you think a super league would be bad for the sport?

“I don’t know. I do know how I feel right now is that we have a solid conference, and we have great partners within our league. I do think those experiences and those traditions are so important, not just today but for the future, because of the fans and because of our alums. I think we always need to be eyes wide open about what’s going on in the landscape. We want to be competitive. We want to win. We want a chance to win a national championship. So I think there’s a certain degree to which you have to be adaptable to that. But does that mean that you walk away from everything that you are? Not necessarily. So it’s too hard. None of us have a crystal ball. Can you believe all of the things we’re talking about right now? We’re talking about massive things that are completely shaking the landscape in college athletics all at the same time, and none of us could have seen that coming. I’ve learned never to try to predict anything and never get too stuck on a certain outcome, because a lot of this stuff is happening at a level that is certainly well beyond my chair.”

It seems reactionary for a lot of people to think, ‘OK, the SEC is adding (teams), so the Pac-12 needs to add.’ Where do you think the line is between expansion being good and it being subtraction by addition?

“That’s going to depend on what we really want to gain from adding. If we’re going to add, we have to generate more revenue and more exposure so that we can win a national championship in our league. That’s the bottom line. So what would that look like? If you evaluate it based on that, you can answer that question. But it’s too early to tell if any of that is even going to play out. Are there schools that make sense? I’ve heard the commissioner (George Kliavkoff) talk a lot today about that. He’s definitely getting interest, and he and the presidents are going to continue to evaluate the current landscape and situation that we’re in. But I think they’re going to be selective and smart about it.”

It’s obviously been a struggle to get marquee nonconference opponents to come to Seattle. How do you feel about the idea of a scheduling alliance with the Big Ten or another conference?

“I’m a huge fan of that. I talk about scheduling alliances all the time, and I think the Big Ten is a natural fit for us. Look at our schedules. They’ve been great opponents, great fan bases, great history and tradition. There’s the history of the Rose Bowl. Academically. They’re great trips for our fans to go on. So I do know that partnership and alliance was evaluated prior to when I was an athletic director at the conference level. I don’t know why that didn’t play out. But strategic scheduling is a huge part of how teams win championships. Leagues have to figure out the best way to support that. So partnerships and those types of things could be part of it. It’s going to depend on, do we eventually do eight (conference games)? Do we stick with nine? I think that depends on what expansion looks like, to be honest with you.”

Jimmy (Lake) just announced he’s bringing in (author and speaker) Kevin Carroll as a special adviser to the head coach. What’s your sense of who he is and what he brings to the program?

“He’s an amazing man. He’s been engaged off and on with our department for quite a while. Our student-athletes really feel connected to him. He’s a really creative, dynamic marketer, a thoughtful human, somebody that is really relatable for a lot of our student-athletes and somebody who gets them thinking about themselves beyond football. But that helps them become better on the field. I think he’s also really great for Jimmy. I think in any of these jobs, they’re lonely. They’re very difficult, this last year probably more so than ever. To have somebody that you can just turn to and get ideas for your program. … Kevin’s seen a lot, and he knows a lot. I think he’s going to be very insightful for Jimmy, as his own coach. I was with (Jimmy) when he told Trent (McDuffie) and Jaxson (Kirkland), and their eyes lit up, because they were so excited. They’ve really enjoyed it when he’s come to speak to the team before.”