Cooper Petagna knows what it takes to recruit at Washington.

Petagna — currently a national recruiting analyst for 247Sports — served as UW’s director of player personnel in 2018 and 2019, helping the Huskies land signing classes that ranked second in the Pac-12 and 16th in the nation in back-to-back cycles. After departing UW, he assumed the role of director of recruiting for rival Oregon in 2020.

So, under new head coach Kalen DeBoer, what must UW do to return to a more consistent level of recruiting success? Here is a Q&A with Petagna on the current state of Husky recruiting — and what needs to happen next.

With UW hiring DeBoer and bringing in director of player personnel Courtney Morgan, more scholarship offers have been extended to players from outside UW’s typical recruiting footprint. Should UW recruit more nationally, or are they better off with a more regional approach?

“I think the one thing you have to be careful about, especially at Washington, is you have to know and understand the reach of your brand. That’s one thing that coach (Chris) Petersen understood very well. We didn’t really go east of Houston during my time there. (Former running backs coach) Keith Bhonapha did a really good job in Texas, had some good relationships down there that he had built over time. But outside of that, there was a very specific recruiting footprint and blueprint for us at the time at Washington. It was something that gelled well, but it was also something that fit the head coach.

“I think that’s really important. Coach Petersen had a reputation at Boise State and then coming to Washington that he was able to leverage. So it was almost as much about him and the staff and the opportunity to get developed as it was about Washington. Those kind of fed off each other. At a place like UW, I understand the philosophy of being aggressive out of the gate and expanding coast to coast. A lot of it can be trying to get a feel for who’s biting, and I think that’s really important as well. So I don’t think, just because that’s what you see now, it’s what you’ll see two or three years from now.” 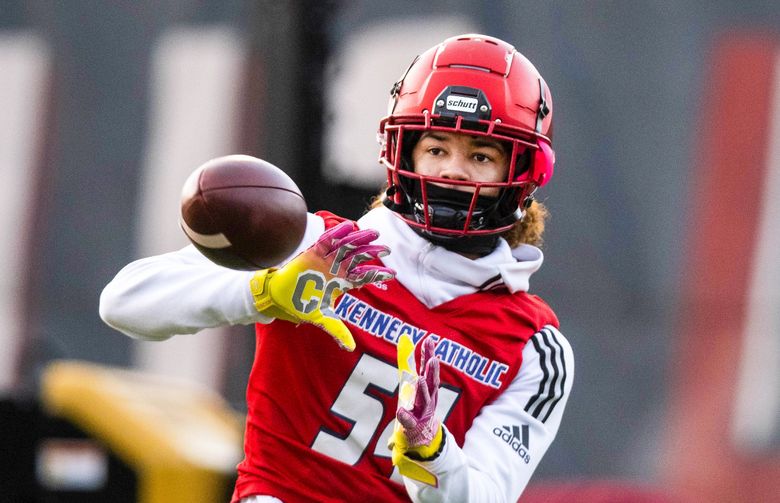 When it comes to the number of offers, should UW be more selective (like Stanford or Notre Dame) or cast a wider net (like Oregon)? Where do you think this program should fall in terms of offer numbers and how they cater themselves to recruits?

“It maybe isn’t as much about the number as it is about your process. What I mean by that is, how much digging are you doing? And how important is it to get the right people there at the program? The low offer number resonated with recruits at Washington (under Petersen) because those were the types of prospects that were identified by Chris Petersen as ‘OKGs’ throughout the process. There was a mutually respected relationship.

“With that being said, I’ve been at Oregon, too, where there’s over 300 or 400 offers (per cycle), and that doesn’t even come up in the conversation, nor is that seen as a negative. So it’s more about what you’re trying to sell. If you’re trying to sell: ‘Hey, this place isn’t for everybody. This is going to be hard,’ which is what we saw with Chris Petersen, then that resonates. But if you’re just trying to get guys to campus and really trying to spark that conversation and that dialogue and have them learn more about the University of Washington if they’re from another part of the country, then I could see why you’d offer more. It really just depends on the head coach’s philosophy and what he’s about and what the message is.”

Given your experience during Petersen’s tenure, when UW’s recruiting classes were consistently ranked in the top 20, what does this new staff need to do to return to that level of consistent recruiting success?

“Be themselves. And I mean that. I think it’s so important to have a heightened level of awareness of who you are and what your identity is, and don’t lose track of that. It’s very easy for Kalen DeBoer or Jimmy Lake to try to be Chris Petersen. I think that’s a really difficult task, because you’re talking about a Hall of Fame head coach whose secret sauce was a philosophy that he built over time, with OKG and Built for Life. So there’s aspects of what coach Pete did well that they can take and they can draw from and they can have success with. But there’s also new wrinkles that didn’t exist when coach Pete was there (that should be embraced).

“You look at Washington and what they did in this last class, and it really doesn’t stand out much. You’re looking at a 95th ranked class. But there’s six transfers in there. When I was there, that would have been eye-opening. Now, with the portal, that’s all revved up. I think that’s important (to add transfers), because big bodies are really hard to find on the West Coast. … There’s ways to supplement your roster that maybe weren’t available just a handful of years ago.

“The other thing that teams are thinking about — it’s not the first priority — but you think about these offers. There is value now in offers that go out even if kids don’t sign with your school initially, because of the transfer portal and the accessibility of it. Now you have a relationship. It used to be, hey, playing for second didn’t mean much. Now it does mean something. We’ve seen this at Oregon State. They’ve done a really good job with Jonathan Smith. Hey, maybe you don’t end up signing a kid. But if something doesn’t go right, they’re going to put their name in the transfer portal, and now you have an established relationship with a prospect that you can build off of.”

Having been at UW, knowing the culture and the program, what does this staff’s first priority in recruiting need to be?

“The mentality has to be the state of Washington. You think about the players that have come out of there and have left the state — from J.T. Tuimoloau to Emeka Egbuka, Junior Alexander on the bounce-back now (transferring back to UW after signing with Arizona State in 2020). Elite talent. These guys are going to Big Ten country and they’re going east. It’s a larger problem than just the state, but it starts with the state.

“Then I think outside of that … there’s recruitments that haunt me from my two years there, at positions of need. Nick Herbig going to Wisconsin, from Hawaii. Jordan Botelho going to Notre Dame, from Hawaii. Lathan Ransom, from Arizona, going to Ohio State. Bijan Robinson going to Texas. It’s a Pac-12 issue, but at some point you have to look yourself in the mirror and say, ‘How long are we going to allow this to happen?’

“It starts with the state of Washington. That has to be the No. 1 priority. But outside of that, it extends into that footprint that was, under Pete, west of Arizona. You cannot let elite-level talent on the West Coast — especially when these guys are looking for reasons to stay West — leave. You just can’t do it. The way you do it is, you identify early. You build relationships. You maintain those relationships. Then you have to put a winning product on the field. But recruiting has to be a priority. If they do that, they’ll have a shot.”