He said it anyway.

When asked what he wants his unit’s reputation to be this week, Morell, UW’s co-defensive coordinator, said: “I want everybody in the stands, I want the officials, I want the opponents to know that we play hard. I know every coach in America says that, but then there’s a different level of recognition after the game. If people can recognize how hard we play, then I’ll be pleased.”

Ultimately, that comes down to the players.

So, as the season opener against Kent State on Sept. 3 steadily approaches, let’s dive in to the two-deep depth chart for UW’s defense. 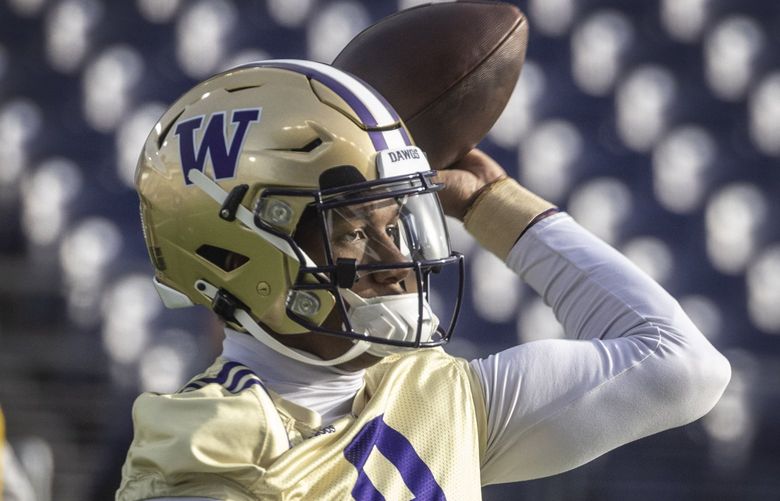 Analysis: UW’s defensive line certainly has something to prove, after finishing near the bottom of the Pac-12 in every relevant rushing defense statistic last fall, then losing starter Sam “Taki” Taimani to an Oregon transfer this offseason. All-Pac-12 honorable mention Tuli Letuligasenoa returns, and massive gap-plugger Ulumoo Ale swapped sides of the line and is expected to make an immediate impact. Redshirt freshman Kuao Peihopa is expected to carve out a role, as should sophomore Faatui Tuitele — though his status is somewhat uncertain after being limited this month with an injury.

“He’ll be in there no matter the down and distance. He’ll be in there on third down,” UW defensive line coach Inoke Breckterfield said. “He might not be as big, but he’s strong and he’s twitchy and he’s got punch. It’s just tweaking his technique and letting him play within himself and not asking him to do what big men do.

“It’s about allowing him to play … I wouldn’t say [Aaron Donald]-like, but slippery. You can’t ask him to go in there and sit on these combination blocks. It’s about being ahead of it and trying to use what his gifts are.”

But according to position coach Eric Schmidt, that shouldn’t be a problem.

The question is how much sophomore Sav’ell Smalls will see the field in his third season in Seattle. The former five-star recruit has had an encouraging preseason, and Morrell said: “I’m really pleased with his progress. He’s very engaged, very on top of his job and his assignments. And he has a phenomenal attitude and loves football.”

Bruener, for one, is an intriguing option — a local product who emerged in the second half of last season, before needing to prove himself again to a new coaching staff.

“We love how Carson is coming along,” Inge said. “The beauty of Carson, as a smart player, he can drive the defense, he can make the plays that he needs to make, and he can get everything called at the line and adjusted. That’s what we love, and he’s very dependable. So he’s thick in the mix as far as what’s going to happen on game day for me.”

Analysis: These positions seemed to be all but settled after the spring, with sophomore Mishael Powell and UC Davis graduate transfer Jordan Perryman claiming the cornerback vacancies and Dominique Hampton an obvious fit at the “husky” hybrid linebacker/nickel role. But Banks, for one, could conceivably push Powell after an impressive preseason. Redshirt freshman Elijah Jackson is also in the mix, though he has missed the past several practices with an undisclosed injury.

Through the course of preseason camp, the 6-0, 202-pound Perryman has established himself as a standout performer.

“You ask anybody to go from playing Big Sky football up to Pac-12 football, and that’s a significant jump,” Morrell said. “He hasn’t batted an eye from the second he stepped on campus. He plays with a lot of confidence. He’s got phenomenal football intelligence, and he’s got some elite physical traits. He’s going to do some great things for us this year.”

Analysis: Though veterans Alex Cook and Asa Turner have long been expected safety starters, the staff has experimented with numerous combinations in the back end and it’s possible veterans Julius Irvin and Cameron Williams could also crack the lineup.

A dark horse is Oakland’s own Vince Nunley, an intriguing athlete who did not appear in any games as a true freshman last fall.

“I love his range, smart player, has some really good all-around tools and length,” Morrell said. “I think we’re just pressing him every day to be a factor back there.”

Analysis: UW should mostly maintain the status quo on special teams, with sixth-year senior Peyton Henry handling kicking duties and junior Giles Jackson a consistent return threat. The one newcomer is Idaho State transfer punter Kevin Ryan, who finished fifth in the FCS with an average of 45.6 yards per punt in 2021. He has just one season of remaining eligibility.