Despite a largely frustrating season, the Huskies finished with a flourish in Chris Petersen’s final game as head coach. UW’s defense stifled Boise State early and Jacob Eason and co. did the rest as the Huskies jumped out to a commanding lead and never looked back in a 38-7 Las Vegas Bowl win on Saturday. 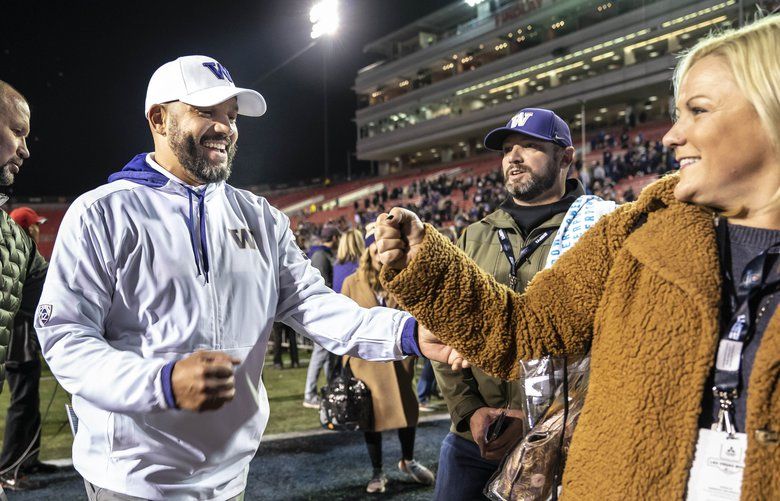 1.A fitting end for Coach Pete

Years from now, the 2019 Las Vegas Bowl will be remembered almost exclusively for just one thing: It was the final game of Chris Petersen’s six-year stint as Washington’s head coach. And the Huskies sent him out in style, dominating Boise State – Petersen’s former team, just to add to the intrigue – by a 38-7score. Petersen steadfastly didn’t want it to be about him, but when you’re coming off a disappointing 7-5 regular-season, as the Huskies were, and playing in one of the less glamorous bowls, the historical significance of Petersen’s swan song is the obvious story line. Fittingly, Petersen went out with a little trickeration – a 13-yard touchdown pass out of the Wildcat by running back Richard Newton to Terrell Bynum in the fourth quarter.

The flip side of that, of course, is that the stewardship of the Husky program now turns over to defensive coordinator Jimmy Lake. In his final game in that role, Lake’s defense put on a stellar first-half performance that set the tone, shutting out Boise State — the first time that has happened to the Broncos since Sept. 27, 2014 against Air Force. The Huskies were aggressive in putting pressure on Boise State and also had two key interceptions in the game. The most notable one was by Elijah Molden early in the third quarter to set up a quick touchdown that put the Huskies ahead, insurmountably, 24-0.

Now the focus turns to Husky quarterback Jacob Eason, and whether the junior transfer will come back for his senior season. He showed off his NFL-caliber arm with a couple of long bombs down the field, though both were too long and fell harmlessly to the ground. Running back Richard Newton made his mark, running for one TD and throwing for another.

Another question that must be answered soon: Whether offensive coordinator Bush Hamdan will return to that position on Lake’s staff.