Enough about conference realignment … for now.

Enough — please — about exclusive negotiating windows, and fanciful rumors from Big 12 burners. Enough bickering from conference commissioners, who hurl eggs and toilet paper (then ask each other’s programs to the prom). Enough about Big 12 commissioner Brett Yormark declaring his conference “open for business” … then unsurprisingly walking it back.

Enough about exorbitant media rights deals that drown our favorite rivalries in a river of revenue. Enough about unequal revenue-sharing models, grant-of-rights agreements and bicoastal “alliances.” (That word comes with a cringe.) 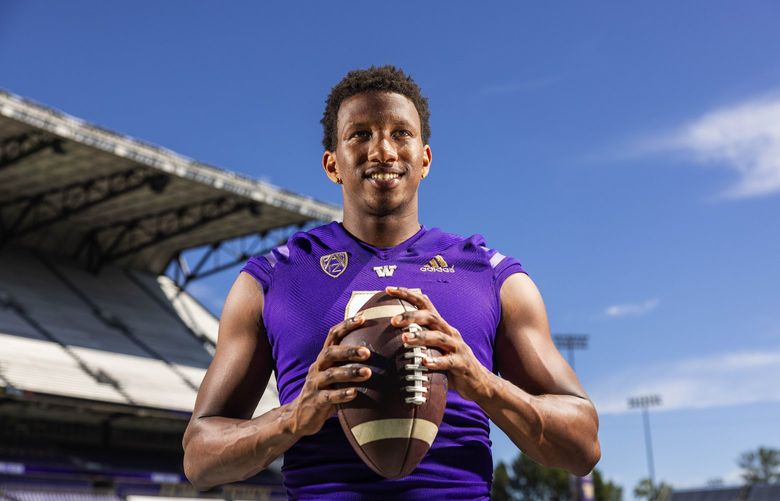 Enough about expansion candidates and their respective resumes, from Washington to Oregon to San Diego State. Enough about streaming options for tier two media rights. Enough about television markets and Nielsen ratings — soulless, detached indicators of a program’s perceived value.

Let’s opt, instead, for scoreboards on Saturdays.

Enough about greed disguised as innovation, tradition usurped by a $1.2 billion check.

Enough about USC and UCLA — at least, until they play.

Because, believe it or not, college football will be played this fall; the season has not been canceled. Finally, mercifully, therapeutically, winners will be awarded based on end zones and uprights, brand sizes be damned.

We get it: Conference realignment isn’t going anywhere.

So everyone say it with me:

Besides, in Seattle, there’s plenty to see.

Like a first-year coach in Kalen DeBoer attempting to produce yet another instantaneous turnaround. Or a starting quarterback — Indiana transfer Michael Penix Jr. — still standing after four consecutive season-ending injuries. Or a crop of wide receivers — Rome Odunze, Jalen McMillan, Ja’Lynn Polk, Giles Jackson and crew — capable of making the siren sing. Or the pass rush prowess of a motivated Zion Tupuola-Fetui, or another incarnation (perhaps?) of DBU.

The schedule offers both intrigue and opportunity, too. DeBoer and Co. can make a statement — to doubters and critics, and Ducks and Cougs, and maybe Big Ten commissioner Kevin Warren, too — when Washington hosts No. 15 Michigan State on Sept. 17 inside Husky Stadium. The Huskies meet No. 11 Oregon (and fellow first-year coach Dan Lanning) Nov. 12 in Eugene, before attempting to reclaim the Apple Cup against touted quarterback Cameron Ward on the Palouse just two weeks later.

Of course, it all starts against Kent State on Saturday.

A new era. A new season.

We hope — we pray — a realignment reprieve.