The most surreal year in many of our lifetimes just struck again. A gridiron tradition dating back to 1900 has been scrubbed from the schedule.

This is usually the week where two programs and two fan bases gear up for yearlong bragging rights in the state of Washington. But Sunday, it was announced that the Apple Cup, like so many other things in 2020, has turned rotten. 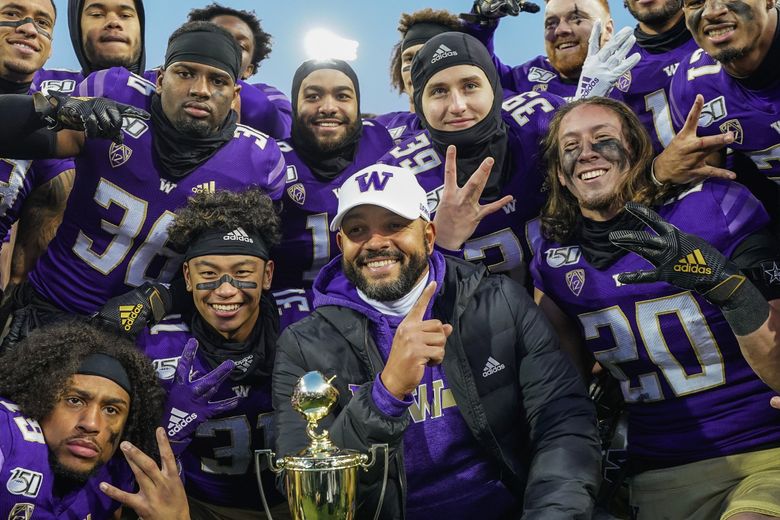 There will be no meeting between the Washington and Washington State football teams Friday. COVID-19 issues have nixed a game that has been played every year since 1944. Washington State, which was forced to cancel its game vs. Stanford last week, will not be able to field the 53 scholarship players required for play in the Pac-12. And thus, all the anticipation that usually surrounds this matchup has been transformed into disappointment.

“This is so disappointing for our players, coaches and staff, as well as Husky Nation as we were all looking forward to the Boeing Apple Cup this week,” Washington athletic director Jen Cohen said in a statement. “This is one of the best rivalries in college sports and every year we circle this game at the start of the season.”

Added WSU athletic director Pat Chun: “The Boeing Apple Cup is one of the most sacred rivalries in all of sports and one of the most meaningful days of the year for all Washingtonians. It’s gut-wrenching and disappointing for our student-athletes and coaches as well as those at UW.”

One reason for hope: Cohen and Chun did leave open the possibility that this game could be rescheduled. Cohen said she would work with the Pac-12 and “look into any opportunities to play it should there be an open date for both schools down the road.”

The most logical date is December 19, the same weekend as the Pac-12 championship game. And assuming the Huskies aren’t playing for the title, it’s hard to think there is any other program they would want to take on that day.

Then again, guarded optimism is the only approach one can take in regards to anything involving this year’s football season. Cal already had to cancel against Washington in its would-be season opener, Cal canceled against Arizona State the following week and Utah may have to cancel against ASU this Saturday.

It’s almost a 50-50 proposition at this point, with schedules constantly in flux and short-notice makeup games regularly part of the discussion. Which is why the nixing of what was supposed to be the Apple Cup this Friday is so disheartening.

It really doesn’t matter if you’re a Husky or a Coug — this cancellation hurts. Even if UW — which has won the last seven Apple Cups — appears to be the superior team (it was a 7 1/2 point favorite before the game was called off) you can rest assured WSU and its fans want their shot. But that shot isn’t coming this Thanksgiving weekend, and the reality is, it might not come at all.

Like every other program in the country affected by COVID, these teams will soldier on. Washington is trying to scramble for a weekend opponent, and Washington State just hopes to get healthy. But there’s no question that Sunday’s announcement was a blow to both schools and the state as a whole.

In this tumultuous year, one of the most sought after entities has been normalcy. It’s been nearly impossible to find. The Apple Cup, regardless of whether fans were in the stadium, could have provided that, but it disappeared.

Then again, in 2020, situations such as these have become the norm.