Mike Hopkins had 11 days — the longest break of the season — to seriously address the litany of problems plaguing the Washington men’s basketball team that’s off to its worst start in nearly two decades.

The Huskies coach gave his players seven days off during the holidays, which left four days of practice to fix an offense and defense that ranks 11th in the Pac-12 in scoring (61.0) and points allowed (70.3), respectively.

“Most importantly, we needed time off,” Hopkins said. “We needed to get our minds right, and I think this time has been really positive.” 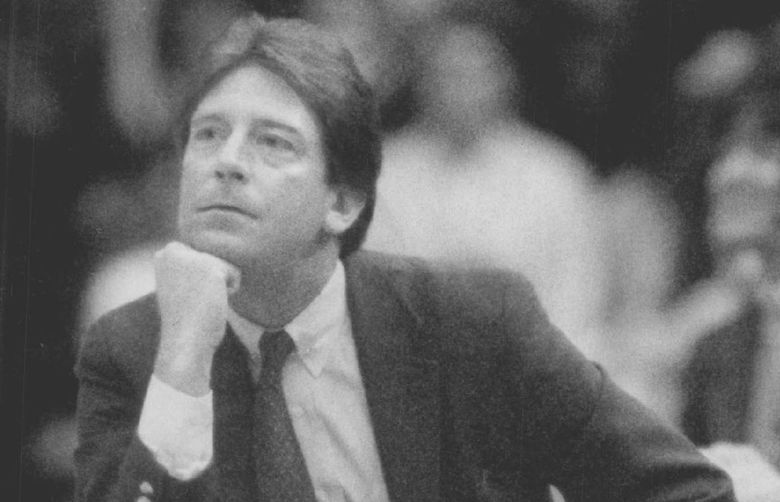 Former UW men’s basketball coach Andy Russo sees himself in Mike Hopkins. But he hopes Hopkins’ fate with Huskies will be different

“That confidence thing is real and we have to build. I felt like the staff has done a really good job since the break of getting back and getting these guys’ minds right and getting them energetic and feeling good about themselves. We’ve got a good team with good players and we just haven’t played well. Getting that message across and having good energy has been a positive thing for sure.”

As Hopkins noted, UW’s biggest problem isn’t necessarily Xs and Os, which is why he saved time for a much-needed game of whiffle ball.

“That was fun,” he said. “They were laughing, sharing and taking the pressure off.”

Following a 92-69 defeat to Colorado in a nonconference game in Las Vegas on Dec. 20, Hopkins alluded to a loss of confidence among players.

During the extended time off, Hopkins tried to rebuild chemistry — which UW players said is a commodity that’s in short supply — with team-bonding activities, which can be a tricky endeavor when coronavirus protocols stress social distancing off the court.

“Our chemistry definitely needs to get better and it has been,” sophomore guard RaeQuan Battle said. “We’ve been spending a lot of time with each other, especially on the court, trying to figure out some team things that can bring us all together even more.

“Our main focus is coming together as a squad. New year, trying to turn this thing around.”

It’s anyone’s guess whether whiffle ball outings or positive pep talks will change the results on the court for a team that’s been outscored by at least 14 points in four of its seven games.

However, Hopkins knows better than anybody that the only people who can save the Huskies is a vastly improved version of the Huskies. There’s no one outside the program who can swoop in and save the day.

If Washington is going to somehow pull out of its early-season nosedive, then it’ll have to do it with leading scorer Quade Green, top rebounder Nate Roberts and a few more consistent contributors.

Newcomer Nate Pryor has worked himself into the starting lineup after barely playing in the first few games. Backup center Riley Sorn led the Huskies with 16 points in their last outing.

And Battle, who tallied 19 points three weeks ago during a 74-71 loss to Oregon and went scoreless in the last outing, has shown moments of brilliance.

“There’s a lot going on this year and not just team-wise,” Battle said. “Being isolated with no fans. It’s personal, too. A lot of players go through their separate, personal struggles.

“Mentally it’s definitely a challenge, but this break pretty much opened our minds on what’s important. We’re all here together and we all need to play for each other. This break was perfect.”

Battle highlighted the need for UW players to trust each other on the court, understand their defensive responsibilities and attacking the rim on offense rather than rely on a perimeter attack that ranks 319th among 329 Division I teams in three-point percentage.

Hopkins had just two expectations of the Huskies heading into Thursday’s 5 p.m. game against Arizona (7-1, 1-1) at Alaska Airlines Arena.