Pac-12 men’s basketball got smacked around, but not gutted, by NBA draft attrition.

The veteran core is accomplished.

The freshman class is superb.

The conference has strength at the top and bulk in the middle.

Seven teams have rosters built for a run at the NCAA tournament.

The 2020-21 season, it seems, could be the best the conference has produced in years — as long as there is, ya’ know, a season. 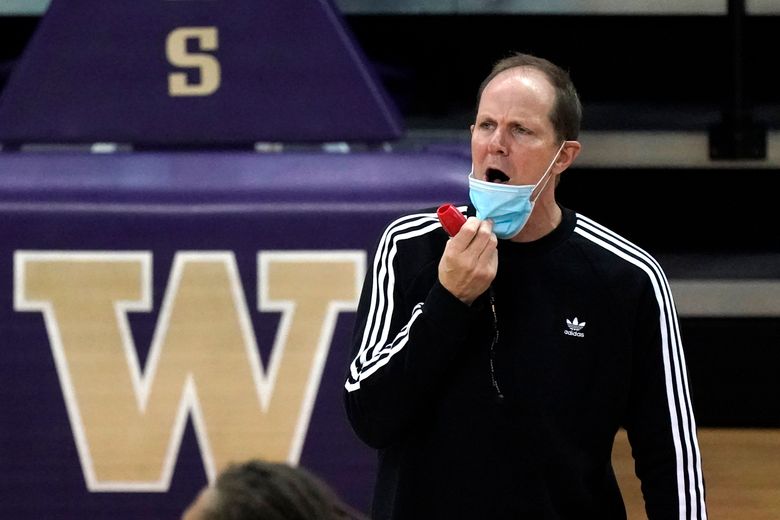 Forgive us for being blunt, but how the heck are they going to play college basketball?

The Pac-12 cannot get through a week of football without multiple cancellations.

And now, starting Wednesday, the conference is starting up on the court — indoors — where the face-to-face time is longer, the contacts are closer, the travel is riskier, the rosters are smaller and the threat of 14-day quarantine shutdowns is greater.

How can it possibly work?

“I recognize the challenges, but I’m optimistic that we’ve done all we can to put the procedures in place to create as limited a number of interruptions as possible — given that it’s likely that we’ll have some.”

On that, there is no disagreement or false hope.

Two weeks ago, the Ivy League canceled its season.

Utah is on pause because of COVID-19 issues within the program.

Washington just shut down a nonconference tournament scheduled for this week, reportedly because of COVID-19 issues with the visiting teams.

Jon Wilner’s Pac-12 Hotline is brought to The Seattle Times through a partnership with the Bay Area News Group. Wilner has been covering college athletics for decades and is a voter in the basketball and football AP polls, as well as the Heisman trophy. He shares his expert analysis and opinions on the conference for the Pac-12 Hotline.

And yet we’re two weeks from the start of conference play and the Pac-12’s inaugural 20-game, round-robin schedule.

“And we’re doing everything we can to mitigate the risk.”

If football is any guide, transmission is unlikely to occur within team activities.

Instead, the players are exposed to the virus on campus or in the community, then test positive.

Contact tracing leads to teammates being quarantined, and the resulting depletion of 85-man football rosters forces the cancellations.

Basketball teams only have a dozen players. One positive could shut down the team for two weeks.

That’s why the Pac-12 spent months creating a 38-page (single-spaced) operations manual to serve as a guide through the pandemic.

Similar to the football version — and crafted in consultation with the NBA and other college conferences — the manual focuses on the health-and-safety protocols essential to reducing risk and satisfying the local health guidelines.

— Rapid-response antigen testing will be conducted each day there are team activities and on game day.

If a visiting player (or coach) tests positive, he will return to campus via an air ambulance.

Teams will be required to perform PCR tests at least once a week and in the event of a positive antigen test (to confirm the result).

Officials will be tested three times per week and before tipoff.

— When chartered flights aren’t available and teams must fly commercial, middle seats will be left open.

When possible (given television contracts and logistical challenges), road trips might be shortened.

— To reduce close-contact situations, coaches have reconfigured their practices and are holding fewer meetings with the entire group.

Arena operations and layouts have been changed, with seats on the benches spread apart and the TV broadcasters removed from their traditional courtside location.

— But the most significant development might be the use of wearable devices that will track player movement and distancing.

Made by Kinexon, a software company based in Munich, the wristbands are being used by the NFL and the Southeastern Conference.

In theory, the tracking data will help university and local health officials determine the extent to which a player is considered a close contact of an infected individual.

It takes the guesswork out of the contact tracer’s decision and places full weight on the meticulous plans for distancing established by the teams.

The Pac-12 has not publicly announced the partnership with Kinexon, but the SafeZone technology was described in this manner by the SEC before the football season:

“SafeZone uses ultra-wideband technology to accurately calculate the proximity between individuals by distance and length of time in order to perform quick and accurate contact tracing when someone is symptomatic or tests positive for COVID-19.

“The SafeTags can also be used to enforce physical distancing regulations by flashing a red warning light when people are within six feet of each other.”

And if it doesn’t work and the schedule begins to crumble?

The Pac-12 would consider grouping teams into mini-pods and staging competitions at neutral sites.

That strategy is in the formative stages, however. For now, it’s moving forward with crossed fingers and sound strategy.

Mike Tyson once said everybody has a plan until they get punched in the mouth.

We’ll see how well the Pac-12 is able to bob and weave.