Phil Shinnick was not the only Washington Husky sophomore to set a world record at the Modesto Relays on May 25, 1963.

Sternberg was already a star when he competed that night in Modesto, California, having set the world pole vault record the month before in Philadelphia at 16 feet 5 inches. 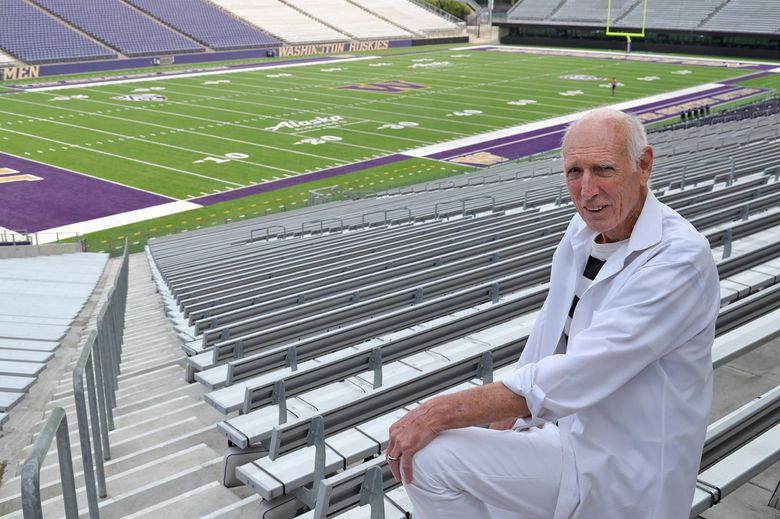 Hours before competing in Modesto, Sternberg and Shinnick had competed in the Big Six Track and Field Championships, without the expected success.

“Both of us had a terrible time at the (conference) meet,” Shinnick said this week. “I had a 26-foot jump disallowed for no reason and he barely got over 15-9, and we were totally despondent.”

Upon arriving at the meet in Modesto, Shinnick said he took “a first jump with a little foul and went 26-10.”

Sternberg was true to his word. About 20 minutes after congratulating Shinnick on his 27-4 jump, Sternberg cleared 16-7 in pole vault, breaking his world mark.

Less than a month after that, he suffered a tragedy that changed his life forever.

On July 2, 1963, while training on a trampoline at Hec Edmundson Pavilion, Sternberg did a double back somersault with a twist. It was a move he had done hundreds of times in the past on the trampoline — and once off the Montlake Bridge with Shinnick watching — but this time he landed on his neck.

He severely bruised his spinal cord. The man who would have been the likely favorite in the pole vault in the1964 Olympics never walked or used his arms again.

Friends said they never heard Sternberg complain. He died on May 23, 2013 at age 69, nearly 50 years to the date of his world record in Modesto.

“There is a special ferocity that great athletes have and Brian had it, and he was at the very beginning of his career,” Shinnick said.