The Seattle Storm opens defense of its 2020 title with a WNBA Finals rematch against the Las Vegas Aces on May 15 at Angel of the Winds Arena in Everett.

The WNBA will play a 32-game schedule that includes mini two-game series in the same city to reduce travel amid the coronavirus pandemic, the league announced Tuesday.

The Storm will celebrate its fourth title and receive its championship rings before the first of back-to-back home games against A’ja Wilson and the Aces to start the season, on May 15 and 18. Seattle swept Las Vegas in the Finals last fall. 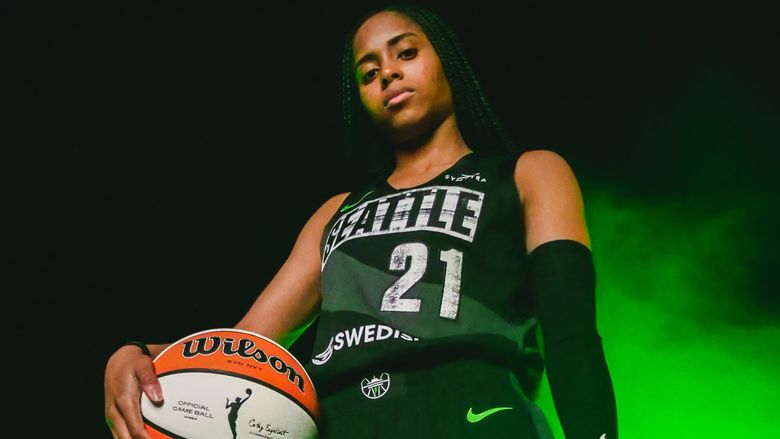 All 16 of the Storm’s home games will be played at Angel of the Winds Arena while construction continues at Climate Pledge Arena, the future home of the Storm and NHL’s Kraken. The Storm went 6-1 in seven games in Everett in 2019.

Seattle opens with seven of its first nine games at home. After hosting the Aces, the Storm visits Minnesota and Dallas before returning home for a five-game homestand that starts May 25 against DeWanna Bonner and the Connecticut Sun.

The Storm returns three All-Star starters in Breanna Stewart, Jewell Loyd and Sue Bird, and Candice Dupree, a seven-time All-Star forward, will replace Natasha Howard, who was traded to New York, in the lineup. Dan Hughes will return to the sidelines to coach the Storm, after he was forced to stay home last season with an increased risk to severe illness if he contracted COVID-19.

The WNBA regular season will conclude on Sept. 19 and be followed by the traditional playoffs format. The league will take a break for the Tokyo Olympics from July 15 through Aug. 11.

Following the break, the Storm embark on a five-game road trip before wrapping up the season with five of the final six games at home.

The Storm will announce more information on fan attendance soon as it works with the WNBA, Washington state and the Snohomish Health District to determine guidelines for safely allowing fans at Angel of the Winds Arena this season.

The new series format of two games in the same city is similar a model used by the NBA this season.

Percy Allen and the Associated Press contributed to this report.