Five games into the WNBA’s shortened 22-game regular-season schedule, the Storm’s identity bears a striking resemblance to last year’s overachieving, defensive-minded team rather than the 2018 offensive juggernaut that steamrolled to a league championship.

“We’re a pretty tough-minded team,” coach Gary Kloppenburg said. “We have good defenders and I think they take pride in getting prepared every game. They try to take some things away from everybody that we play. That’s our foundation.

“… We have some excellent offensive players and a good offensive system. We’re able to do some things and score. We’re not really where we want to be on either side of the ball, but I think we’re making good progress toward that each game.” 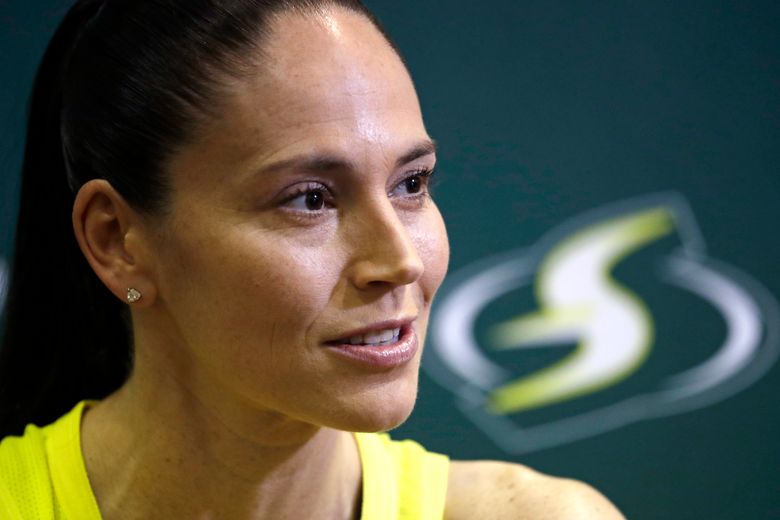 Before Thursday’s 3 p.m. matchup with Atlanta (2-3), the early results say the Storm (4-1) is a three-point shooting squad that takes care of the ball, rarely scores inside and doesn’t draw a lot of fouls.

Seattle, which ranks third in the WNBA in fewest turnovers (13.8 per game), is also third in percentage of points on three-pointers (30.3).

It’s no wonder the Storm is so perimeter oriented considering Breanna Stewart, Jewell Loyd and Sue Bird – the team’s top scorers – rank among the top 10 league leaders in three-point attempts.

Meanwhile, the Storm ranks last in the league in percentage of points in the paint (37.5).

Seattle is also 10th with 16 free throw attempts per game and 10th in points from free throws (14.4), which is largely due to a team-wide 75% accuracy at the charity stripe that ranks next to last in the WNBA.

Kloppenburg admits improvements need to be made offensively, particularly with the Storm’s inability to score around the basket and drawing fouls.

“We want to be a lot more cognizant of being able to get to the line,” he said. “We’ve got some good penetrating guards that can draw fouls, and I think sometimes we settle for jumpers and three-point shooting. That’s an emphasis we do want to improve on.”

Not surprisingly, the Storm has separated from teams on the defensive end with a ball-hawking philosophy that generates a slew of steals and blocks with full-court pressure and halfcourt traps.

Kloppenburg noted one more defining characteristic is a deep bench that’s allowed the Storm to outscore teams 43.6 points to 37.2 in the second half.

“We’ve got to be able to play everybody just because of the games and the situation of the schedule,” he said. “Going forward, we’ll probably see some different combinations and maybe some players who haven’t played together that much.”

A week ago, Natasha Howard downplayed any concern about her lackluster start to the season, but there’s no denying the 2019 WNBA Defensive MVP has had difficulty adjusting to Stewart’s return as the team’s No. 1 offensive option.

Howard is averaging 5.2 points, which is 12.9 fewer than last season when she racked up career highs and notched her first WNBA All-Star selection while Stewart sat out due to an Achilles injury.

“She’s not really in a rhythm yet,” Kloppenburg said while noting Howard had a late start to training camp due to undisclosed reasons. “Part of it is conditioning and still getting into a game rhythm. We still feel like she’s not 100% in great shape. That’s part of her game, to be able to fly around and make that extra play. And that’s not quite there yet for her.”

Howard averaged 31.4 minutes last season, but this year her time on the court has dipped to 17 minutes per game.

“I feel like in the next couple of weeks, she’s going to work into that game shape that we’ve seen before,” Kloppenburg said.

— Sue Bird will miss her third straight game Thursday due to a bruised left knee. Her replacement Jordin Canada has been spectacular in the past two games while averaging 15 points, 4.5 assists, 2 steals and 30.2 minutes.

— Backup guard Epiphanny Prince is expected to miss the next 10-14 days after leaving the WNBA bubble in Bradenton, Fla. due to personal reasons, Kloppenburg said.