At some point Sunday morning, Breanna Stewart will share an intimate breakfast with her new family — wife Marta and baby girl Ruby Mae — at a Las Vegas hotel and celebrate their first Mother’s Day together.

Later that night, the WNBA star will lead the Storm (1-0) against the Las Vegas Aces (1-0) in an early season clash between two league title contenders at 7 p.m. at Michelob Ultra Arena.

“To be honest, I don’t think Marta and I have really thought about it that much, but it is our first Mother’s Day with Ruby and what makes it even more fitting is we’re going to be on the road,” Stewart said. “We’re going to be in Vegas. We’re going to be playing a game, so it definitely fits into our lifestyle.

“I’m happy that Ruby will be there watching and just taking it all in. From what I heard, when she was at the game at Climate Pledge she was stimulated by everything. … This is my life now. There’s the basketball side of it, which has always been there, and now there’s the family.” 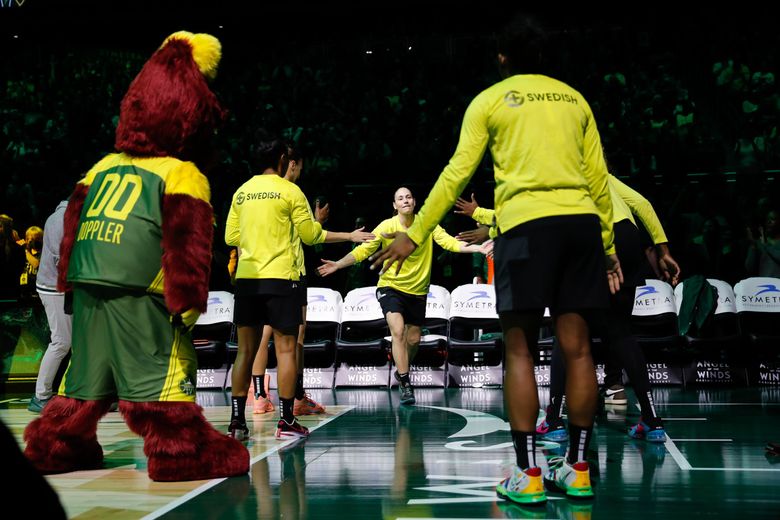 Stewart has accomplished so much during her relatively short seven seasons as a professional basketball player.

The 27-year-old Syracuse, New York, native has been a champion, an MVP and a gold medalist during her decorated career in the WNBA, EuroLeague and with the U.S. women’s national basketball team.

Off the court, she’s been an activist, spokeswoman and shoe innovator who is set to unveil her signature Puma sneakers.

But Stewart is most proud of her newest title: being a mom.

A month after their wedding, Stewart and Marta Xargay Casademont announced the arrival of their baby girl, Ruby Mae, who was born via surrogate on Aug. 9, 2021.

In big ways and small ways and everything in between, Stewart said her life is vastly different now than it was before Ruby.

“Being a mom has changed me in a number of ways,” Stewart said. “Just an added appreciation for all the mothers out there. You don’t really understand it until you’re one.

“You have this extra strength where it’s like you go to practice, you come home and you play with Ruby all day. You feed her, you love her and you adore and you’re nonstop. It’s the best thing ever. You have this extra motor that you never knew you had.” 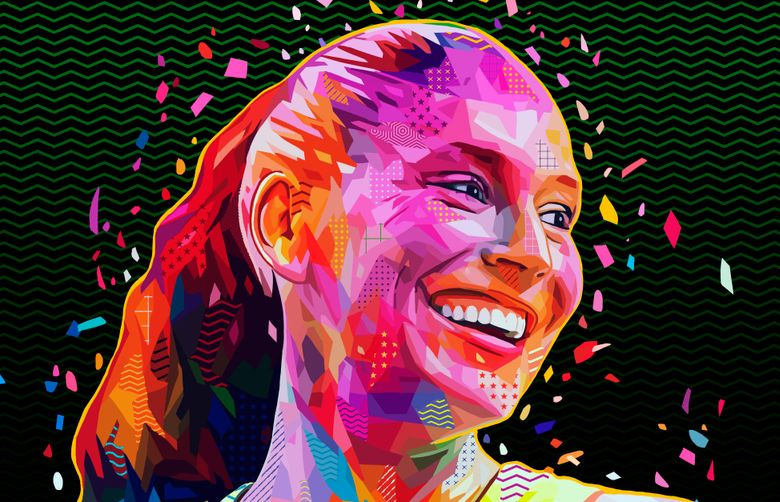 Minnesota forward Napheesa Collier, who is expecting her first child later this month, has sought advice from the league’s working moms about balancing motherhood and basketball.

“They just talked about how beautiful it is and how (your baby) becomes the most important person in your life,” Collier said this week during a teleconference. “They just told me to enjoy the experience, enjoy the process and really listen to my body when it comes to trying to come back.

“But I did try to talk to them as much as I can because they’ve been rock stars. The mothers in our league have been amazing. Female athletes doing what they’re doing and motherhood, I just look up to them so much so I really try to soak up as much as I could.”

Two-year WNBA veteran Mikiah “Kiki” Herbert Harrigan paused her basketball career with the Storm last year to give birth to her first child.

Herbert Harrigan was the No. 6 overall pick in the 2020 WNBA draft and was acquired from the Minnesota Lynx last year in a trade for Seattle’s 2022 first-round pick.

Two weeks ago, the 6-foot-2 forward talked about the difficulties of resuming her career before being released by the Storm.

“I’m not fully back to being the player that I was, but I’m close to it. I feel myself getting back there. I’d say conditioning is the (hardest) part.”

Per the WNBA’s new collective-bargaining agreement, players are guaranteed their full salary while on maternity leave, which was a team option under the old CBA. During the season, mothers in the league receive a childcare stipend of $5,000 and a two-bedroom apartment for players with children.

Stewart acknowledged the physical challenges facing WNBA players who attempt to resume their playing careers after pregnancy and childbirth.

“Honestly, I can’t even imagine what that’s like,” she said. “The process that we went through, we obviously know that it was different than other people’s. We wanted to share and spotlight that and maybe be a role model for young athletes and women in general because it’s important. It’s important to show there’s multiple ways to start a family. There’s no right or wrong answer.”

Stewart credits Xargay, a retired Spanish professional basketball player, for managing the household and understanding what Stewart needs to play at a high level.

“I can not say enough about Marta and her ability to balance everything between Ruby, my schedule, games and everything,” Stewart said. “She makes sure I’m getting myself physically ready for what I have to do, but also making sure we have those moments with Ruby.”

Stewart and Xargay enjoy watching the cartoon show “CoComelon” with their daughter and watching her crawl around their downtown Seattle condo. And the newlywed couple got a kick out of Ruby’s first word: “Da-da.”

“I don’t know how that happened,” Stewart said smiling.

Stewart is proof that you can have it all.

“Don’t get me wrong, I worked hard to get to where I am and I’m not taking anything for granted,” she said. “I appreciate being able to be here after injuries, playing basketball professionally and for a living. And then having an amazing family to go home to.

“Sometimes when you wake up in the morning and you’re like damn I’m tired or this, that and the other. Then when you see her, she’s like wide-eyed and smiling. So, it’s a great start to your day. And there’s no greater feeling than going home and seeing her happy no matter if I had a good day or a bad day. … I’m learning that I can be a great mom and a great basketball player.”