Breanna Stewart stepped back behind the arc and released a shot that sailed long and high before splashing perfectly through the net as she held her follow-through a second or two longer than necessary.

It was a signature moment, in which anyone can be forgiven for admiring their work.

The rainbow three-pointer capped her 11-0 run at the start of the fourth and proved to be the difference in the No. 2 seed Storm’s 93-80 victory over No. 1 Las Vegas in Game 1 of the WNBA Finals on Friday.

“I’m definitely excited for the big moment and the big stage,” said Stewart, who finished with a career-playoff-high 37 points, one shy of her personal best and the WNBA Finals record. “These are the reasons why I play, is to have big games (and) help my team in big moments.”

With a playoff-career-high 15 rebounds — the fifth most in WNBA Finals history — Stewart became the first player to finish with at least 35 points and 15 rebounds in a WNBA postseason game.

“She’s just a big-game, big-time performer,” coach Gary Kloppenburg said. “When the pressure is on in a situation like that, it just seems like she gets to another level, another gear.”

On a record-breaking night at the IMG Academy in Bradenton, Florida, the Storm’s trio of stars put on an offensive clinic that had the Aces gasping and league statisticians scrambling.

Sue Bird, who celebrates her 40th birthday in exactly two weeks, ran the offense to perfection while delivering a career-high 16 assists to break the WNBA playoff and Finals record.

Not to be outdone, Jewell Loyd continued her postseason scoring onslaught and finished with a playoff-career-high 28 points on 11-of-17 shooting.

As an unexpected bonus, Epiphanny Prince came off the bench to score 11 points for Seattle, which takes a 1-0 lead in the best-of-five series.

Before Sunday’s Game 2, Las Vegas will certainly spend time revising a defensive plan to contain Stewart, who was unstoppable when it mattered most.

“Our defense wasn’t there the way we normally play and they took advantage of it, especially Stewart,” Las Vegas coach Bill Laimbeer said. “Once her shots started going in, she’s a good front-runner and she started knocking down a bunch more.”

The Storm closed the second quarter with a 26-6 run, which included 18 unanswered points, to take a 57-40 lead at halftime.

In her first WNBA Finals appearance, Las Vegas star A’ja Wilson, the 2020 WNBA MVP, struggled early on while shooting 3 of 12 for nine points in the first half.

Wilson, who finished with 19 points, recovered in the second half and scored eight points in the third when the Aces seized momentum and outscored the Storm 27-12 in the quarter

Seattle led by 19 points early in the third, but gave it all away while connecting on 3 of its next 17 shots.

Las Vegas point guard Danielle Robinson tied it 67-67 and the Storm led 69-67 at the start of the fourth when Stewart put on a show.

“She got that look in her eyes like hey I’m going to take over,” Kloppenburg said. “She hit some threes. Got a couple inside. Got to the line. She was fabulous down the stretch.”

Stewart, who sank 4 of 5 shots during her 11-0 run, drained three three-pointers and a driving layup to single-handedly turn a close game into a rout.

The Storm star sank 6 of 9 shots in the fourth while outscoring Las Vegas 15-13.

The Aces received 19 points from Angel McCoughtry while Kayla McBride had 13, Jackie Young 12 and Robinson 10.

“I was on the floor when Lauren (Jackson) dropped (47 points),” Bird said. “I was there for that. But in a playoff game, in a Finals game and to have a performance like that is next level.

“What I think Stewie always brings to the table is confidence. There’s an air about her. Tonight, once she got going, you could feel it. It was oozing out of her, this next level confidence. Every shot that went in, it kept building.”

When Stewart, the 2018 WNBA Finals MVP, is cooking like she did in the fourth, she appears to be capable of delivering the Storm its fourth championship by herself.

“There was one three she hit where the ball was about to get reversed,” Bird said. “We had a decent amount of time on the shot clock. I was on the wing and I actually made a cut to loosen up the defense for (Prince) to come out of the corner. That’s a perfect way for (Prince) and Stewie to get into a two-man game.

“But Stewie just … shot the three. … I look up and the ball is going through the net and in that moment I was like, ‘Oooh she’s having a day.’ At that moment you knew she was having a special day.” 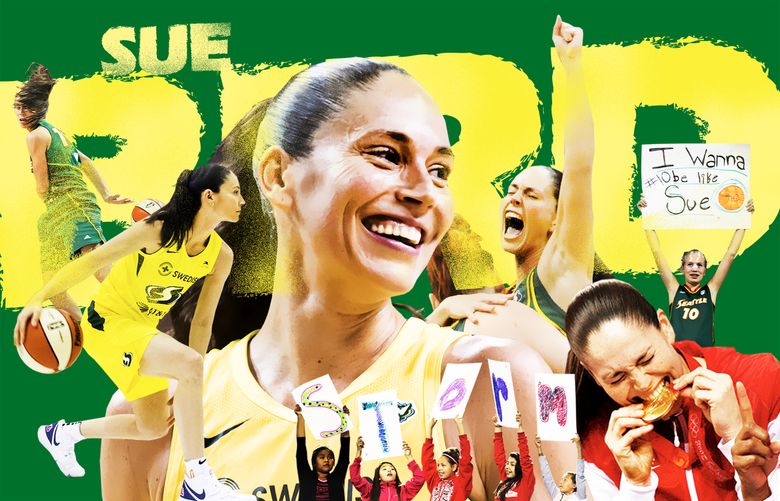