Bill Laimbeer is something of a contrarian who often zigs when others zag and keeping in line with his personality, the Las Vegas Aces coach had a different take than most about a WNBA Finals matchup against the Storm.

“We’re both similar,” he said. “We have a scoring big. We have another scorer on the team. We move the ball well. We’re back and forth in a flow action (offensively) like they are. We play similar styles of defense.”

On the surface, there’s a lot of truth here.

No. 1 seed Las Vegas and No. 2 Seattle were the best two teams in the WNBA who finished with identical 18-4 records while finishing 1-2 during the regular season in scoring and points allowed. 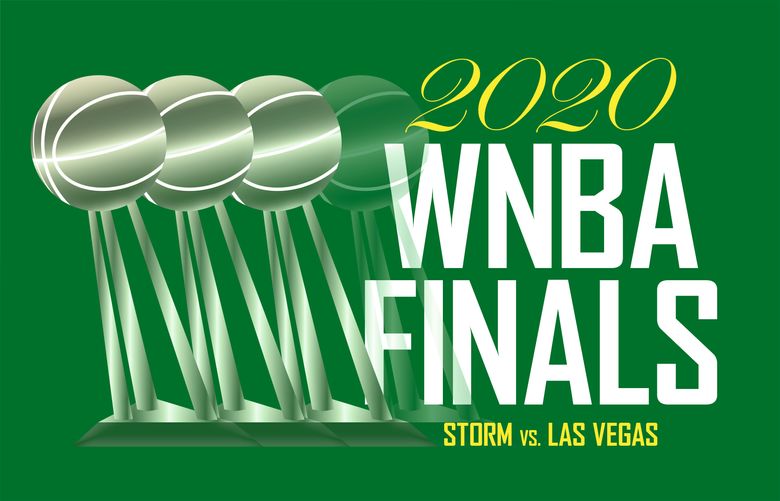 The “scoring big” Laimbeer referenced is a nod to Las Vegas’ A’ja Wilson, the 2020 WNBA MVP, and Seattle’s Breanna Stewart, who finished second in the MVP balloting.

Both MVPs, Stewart won it in 2018, are supported by co-stars who aren’t afraid of the spotlight. Ten-time All-Star Angel McCoughtry, who missed last season with a knee injury, averaged 14.4 points during her first year with the Aces, while Storm standout Jewell Loyd tallied 15.5 points per game.

After that, the similarities end between two teams that took different paths to the same destination.

Perhaps McCoughtry put it best when she said: “I see two different styles of teams. We’re an in-the-paint type of team. And they’re a shooting team.”

Seattle began the season as the favorite to capture its fourth title in franchise history because eight players returned from the team that won it all in 2018.

Aside from Sue Bird’s nagging knee injury that kept her out of 11 games and inconclusive COVID-19 tests that delayed the start of the semifinals, the Storm had a relatively easy time while eliminating No. 4 Minnesota with a three-game sweep on Sunday.

Still, the Aces quickly established themselves as one of the league’s top teams and dominated until running into No. 7 Connecticut in the semifinals.

Las Vegas fell behind 2-1 in the best-of-five series and needed to win two elimination games to prevail in the physically-demanding series and advance to the WNBA Finals for the first time in team history.

“It definitely was brutal,” Aces guard Danielle Robinson said. “We were just talking about how many bruises we all have. It’s still going to be physical because it’s the finals, but not so much of a bang game and definitely not the same kind of matchup.”

In theory, a physical series favors Las Vegas, which has a bigger front line and led the league in free-throw attempts.

Without Stewart and Bird, who also missed the first Las Vegas game due to injury, Seattle did a better job in all three categories, but the Aces claimed an 86-84 win on Sept. 13.

“We won the first two games, but that doesn’t mean (crap),” Aces guard Kayla McBride said. “They weren’t (at) full strength without Sue and Stewie in the last game, but we know that.

“It’s about dictating things against them. When they are comfortable and they’re able to do what they want on offense — drive and kick, open threes and when Stewie is able to get in the flow — that’s when they’re really dangerous. We want to be able to be the aggressor and come out and dictate the game from start to finish.”

Conceivably, Bird is the X-factor, considering she’s playing Las Vegas for the first time since 2018.

“It’s a huge impact,” coach Gary Kloppenburg said. “Her ability to read defenses, to pass the ball, to find the open (player), to be able to stretch the defense out and hit shots, it’s different.

“With (backup guard) Jordin (Canada), we do a really good job with the penetration and kick, but we don’t have that outside shooting with her out there. … With this particular team, being able to stretch the floor and have her floor leadership and ability to come off screens and make lays is going to be invaluable.”

Seattle had six players shoot 35% or better from three-point range during the season, including Alysha Clark (52.2%) and Bird (46.9%).

The Storm is missing backup sharp-shooter Sami Whitcomb, who returned to Australia to be with her wife for the birth of their first child.

Las Vegas is also without its spark-plug off the bench, Dearica Hamby, the reigning two-time Sixth Woman of the Year, who suffered a right knee injury in the semifinals.

“There’s a lot of mutual respect between these two teams,” McBride said. “Now it’s about throwing the ball up and playing as hard as you can with your teammates, your sisters and see what happens.”

Stewart added: “The theme for 2020 is nothing is going to be easy. Nothing has been easy for us up until this point and it’s going to continue to be a battle.”