But the appearance was merely an obligation. Whether the star Toronto FC forward is able to help the Reds on the field in their MLS Cup pursuit against the Sounders FC on Sunday remains questionable.

“It’s media availability and I’m being made available to the media, so I’ve got to speak,” said Altidore, who’s been out since “Decision Day” because of a quad strain. The injury occurred in the 70th minute against the Columbus Crew. 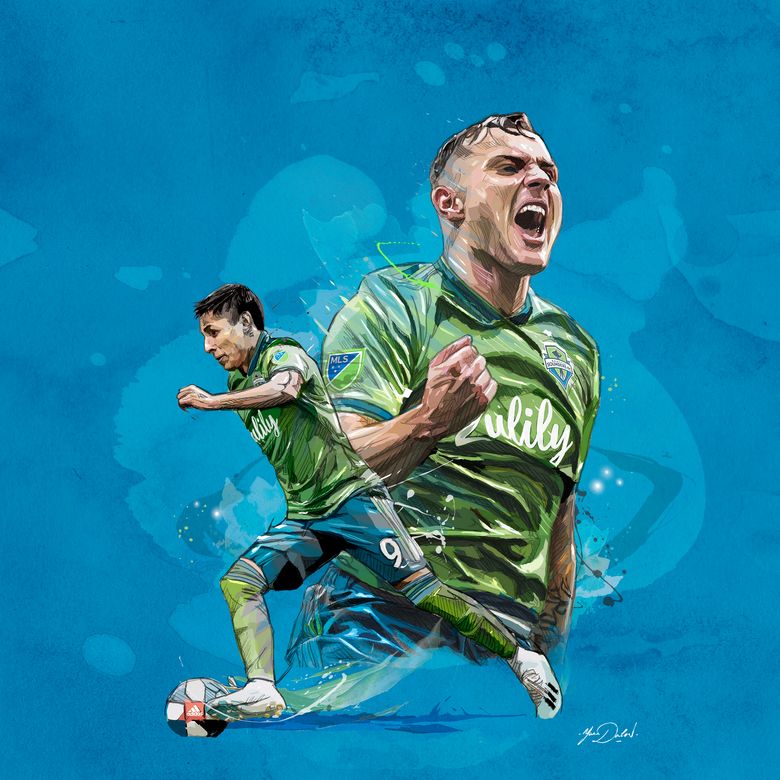 Saturday’s looked the most promising as Altidore was spotted doing agility work with teammates and kicking around balls.

“It felt good going through the motions and setups,” said Altidore, who scored 11 goals this season. “This is it, the last day before the game. See how it reacts, put it under a little more stress.”

Toronto coach Greg Vanney was encouraged by Altidore’s progress this week, but can be patient because his squad has talented depth. Similar to the Sounders, the Reds waded through injuries and international call-ups before clicking as a team in August.

The Reds closed the regular season on a 10-match unbeaten streak.

“We’re in a position now where the guys are very confident in what they’ve accomplished,” Vanney said. “We’ve played some tough games on the road down the stretch and been able to get results so we come into this with the right mindset.”

Sounders coach Brian Schmetzer kept his final training before the MLS Cup loose, but told media Saturday that the players are prepared if Altidore plays. The forward was effective against the Sounders in April’s match, scoring both of Toronto’s goals in the 3-2 loss.

Sunday is the third meeting between the clubs in the MLS Cup, Altidore scoring a goal to help the Reds win the 2017 title at their BMO Field. Seattle took the 2016 Cup after a penalty kick shootout, which was also played in Toronto.

“I’m sure he’s going to be involved in the game at some point,” Schmetzer said. “He’s too big of a player. It is a final. I’m sure he will be involved in some way, shape or form – whether he starts or comes off the bench, that’s Greg’s choice. But we have planned for both and I think we have a good game-plan in place.”

Seattle has its own lineup decisions in terms of its backline. Sounders center back Roman Torres said his hamstring injury is healed and is ready to play Sunday. Torres suffered the injury in the opening half of Seattle’s Western Conference semifinal win against Real Salt Lake.

Torres was replaced in the starting lineup by MLS newcomer Xavier Arreaga for the conference championship win against Los Angeles FC. But showing his team-first mentality, when players arrived at the locker room to celebrate the upset, Torres awaited them in ski goggles and two champagne bottles ready to spray.

“This week, we’ve prepared very well and examined Toronto very closely,” said Sounders forward Raul Ruidiaz as translated from Spanish by an interpreter. “(Sunday) we will leave everything on the field and put on a fight.”

About 200 standing-room only tickets to the MLS Cup Final will be available for purchase, the Sounders announced. The space will be available beginning at 9 a.m. at the CenturyLink Field box office. Cost per ticket wasn’t disclosed.