A hint of concern laced Stefan Frei’s outlook of the Sounders’ playoff bracket this season.

“There are teams that are very strong that we’ve faced this year, and in the West there are teams that we haven’t faced at all,” the goalkeeper said. “With (No. 1 seed Sporting) Kansas City, we haven’t played them once. We don’t even know what to expect against a team like that, so how could we feel like it’s a piece of cake after LAFC?”

After easily disposing of Los Angeles FC in Major League Soccer’s postseason opening round last week, the Sounders are at the point of uncertainty. The defending MLS Cup champs will host sixth-seeded FC Dallas in the Western Conference semifinals at Lumen Field on Tuesday night — a club they haven’t played this season. 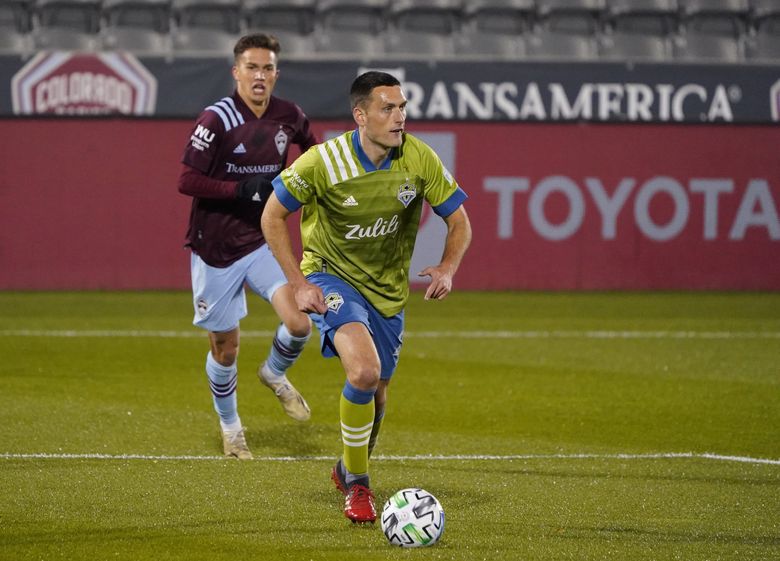 Of the five remaining potential playoff opponents, the Sounders have only played the Eastern Conference’s third-seeded Columbus Crew SC. That was in March.

“It’s the most concerning thing to me, that it is a little bit of an unknown opponent,” Sounders coach Brian Schmetzer said. “We certainly are coming into the game confident that if we perform up to our level, we can get a positive result. But watch some of the other playoff games that have been happening, (and) most of the favorites have gone down in defeat. So, I’m not taking anything for granted. Our radar is up.”

Dallas and Seattle, which is seeded second in the West, were slated to play each other in the MLS is Back Tournament in Florida last summer. But FCD had a COVID-19 outbreak before the event started and withdrew. When the league resumed, it used short travel times to determine matchups.

“These playoffs have a different feel,” said Matthew Doyle, a senior writer for MLS.com. “When you add more variables that makes me that much more likely to sort of expect the teams with a Seattle or Toronto-level of experience to figure things out and come out on top.”

To not end up like Toronto FC, which was shut out in an Eastern Conference opening-round match, Schmetzer and his coaching staff picked apart Dallas’ past three matches. Sounders players were also sent individual game clips of FCD players.

Then there’s the reminder about last season. FCD fielded a young lineup that was down 2-0 at halftime against the Sounders in their postseason opener. Dallas scored the equalizer in the 63rd minute and after forward Jordan Morris scored a brace in the 74th minute, Dallas responded with a strike eight minutes later.

Morris completed his hat trick with a goal in overtime to secure a 4-3 win to advance.

Although Dallas remains a young side, it doesn’t include many from last season’s playoff match. FCD still likes drama, needing a penalty-kick shootout to upset third-seeded Portland in the opening round last week.

“We’re not ready for vacation,” Dallas midfielder Fafa Picault said. “We wanted to win that game and we pulled it out. Obviously it gives us a little bit of rhythm and momentum going into another away game and the confidence that even if we’re down, we can still pick it back up. But we’re going with the mentality to win.”

The Sounders expect to have right back Kelvin Leerdam (hamstring) and center back Xavier Arreaga available for selection. Arreaga recently passed MLS quarantine protocols after traveling to play for his Ecuador national team last month.

Sounders midfielder Gustav Svensson, a first-choice player for his defensive skills, was not medically cleared to play Tuesday. He honored his call-up for Sweden’s national team.

The trio wasn’t available for Seattle’s 3-1 win against LAFC last week at Lumen Field. An inexperienced back line of Nouhou, Shane O’Neill, Yeimar, and Alex Roldan managed to stifle a potent LAFC side, conceding the goal in the 77th minute.

“It felt really good to get back out there in a playoff situation, kind of reiterate to myself that I can play at this level,” said O’Neill, whose other postseason start was in 2013 with Colorado. “That was important for me to come out and do my job. … It’s the team that can kind of go that extra mile, have that extra bit of quality, but also have that extra bit of drive and determination (that’ll win). In these one-off games, it’s so critical.”

The Sounders being unfamiliar with Dallas likely won’t matter since they’re so familiar with the postseason — and winning. Their win against LAFC pushed the Sounders’ MLS-record unbeaten postseason streak to 14 games.

“It’s way too late in the year to be making dramatic changes,” Schmetzer said. “We are who we are and are going to play how we play. We’re going to try to dictate the tempo of the game because we’re at home (and) just hope it’s not one of those crazy games like last year.”