If it sounds redundant, that’s because it is.

The Sounders are headed into another stretch of three matches in the span of eight days beginning in a city where the club hasn’t won outright in nearly a decade. Cranking the difficulty up is the matchup against Sporting Kansas City on Sunday (4 p.m. PT; FS1) will give the winner an edge in the MLS Western Conference playoff standings.

Oh, and the Sounders must forget about losing the Leagues Cup title match to Club Leon on Wednesday.

“This game, especially against SKC, is good timing for us,” Sounders midfielder Nico Benezet said. “After losing the Final, we have to move on as soon as we can. This game is very good timing for us to be able to win a regular-season game and be back in the top of the West.” 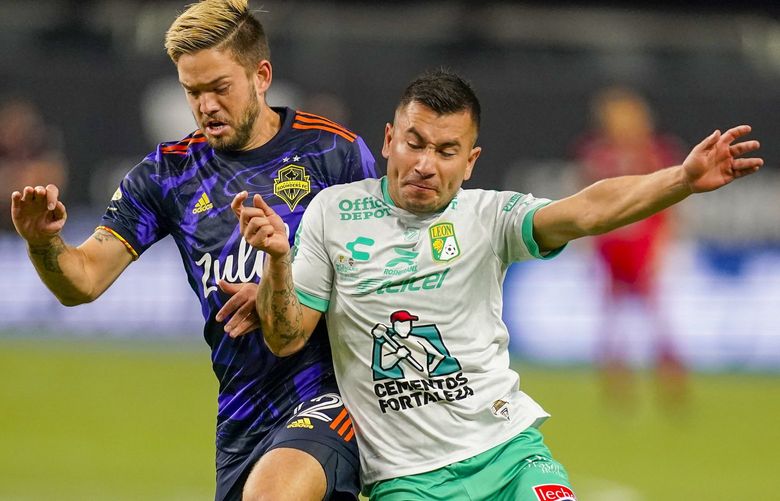 Kansas City (13-5-7) leads the conference with 46 points, but Seattle (13-5-6) has a game in hand and trails by one point. The race also includes the Colorado Rapids, who have 44 points and a game in hand against SKC. Seattle hosts Colorado on Oct. 3 at Lumen Field.

The top finisher in the West not only gets home-field advantage through the conference championship match, but the East and West No. 1 seeds receive a first-round bye. The New England Revolution is the only club to clinch a postseason berth and leads the East with 59 points, which likely means the club will take the Supporters’ Shield crown.

With 10 games remaining — six on the road — Seattle no longer has room for error.

“We made mistakes in the Final and we’re going to try to be better and don’t do the mistakes like that,” Benezet said. “Be able to score, one, two, three goals, if we can, because we saw one goal wasn’t enough to win the Final. The only thing that we want is to win. How? We don’t care, we just want to win.”

The Sounders haven’t won at SKC’s Children’s Mercy Park since 2013 and the Wizards are 7-1-5 at home this season.

Picking up a victory could be payback for the Sounders. SKC won 3-1 at Lumen Field in July, snapping Seattle’s 14-match unbeaten streak at home. The game was also the Sounders’ first since March 2020 without seating restrictions due to the COVID-19 pandemic.

Wizards wingers Johnny Russell and Daniel Salloi were a menace, each scoring opening-half goals in the summer match. Russell’s was off a free kick to open the scoring. And Sounders keeper Stefan Cleveland was in goal due to Stefan Frei’s knee injury that developed blood clots.

Frei is expected to be in goal Sunday. Russell and Salloi are also available for selection, the pair evolving into Best XI candidates. Salloi has 13 goals and six assists this season. Russell has scored in his past three home matches.

“The beauty about goalkeeping is we have to learn from your mistakes, if not and we keep getting scored on, we won’t have jobs,” Sounders keepers coach Tom Dutra said. “Being able to see those shots before and saying, ‘OK, this is where I need to be at.’ But that free kick goal that Cleveland (conceded) against Kansas City, that was a fantastic strike from Russell. I saw it clearly from the bench and was like, ‘Uh, oh.’”

Frei’s experience should be evident Sunday. But it’s SKC that has the better positioning, including being atop the West. The home side is 7-2-3 against the Sounders since 2015, including 4-0-2 at Children’s Mercy Park in the past six matches.

“Being able to bounce back emotionally from a challenging loss (is key),” Sounders coach Brian Schmetzer said. “And then tactically, matching up. They play 4-3-3 very specific. (SKC coach) Peter (Vermes) has been playing that formation for the last God knows how many years.

“We’ll look back on the game where they played here and beat us 3-1. We’ll look at that and see where we can improve, tweak and we’ll go from there. … If this group of players here, sitting in front of me, plays up to their potential in games, we will win far more games than we lose. That’s the message because we have a good team.”