For the better part of 75 minutes, the Sounders defense held strong. They applied consistent pressure and limited Los Angeles FC’s prolific attack, which entered Saturday afternoon’s contest with the most goals scored in Major League Soccer with 29.

It didn’t last all game, though.

Frei could only watch as LAFC’s Cristian Arango’s deep header sailed over him, dipped under the bar and nestled into the back of the net. Frei said L.A. converted the “chance that you least expect them to score.” 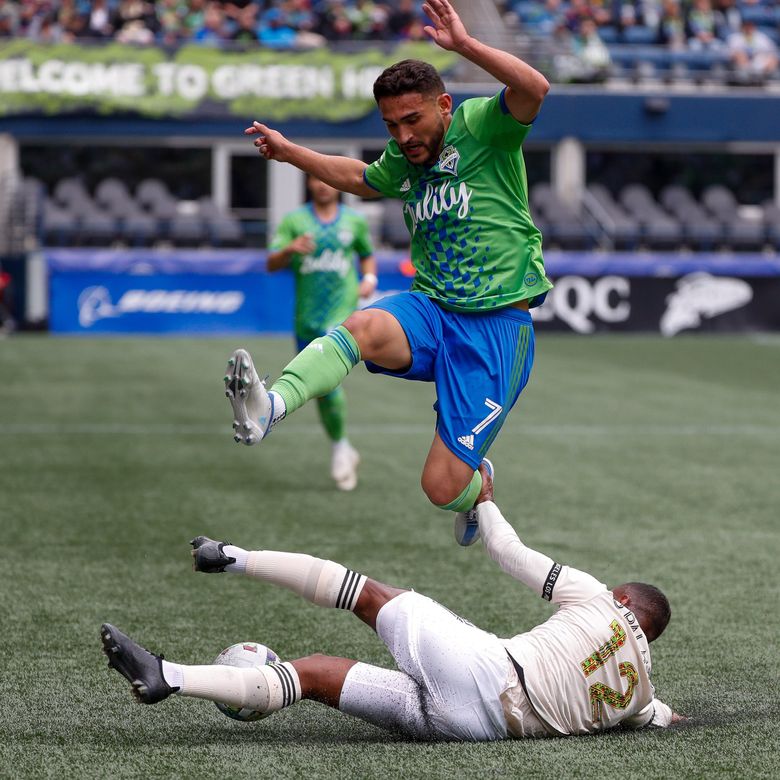 “We played (well) up until a couple of plays,” Schmetzer said when asked to evaluate the defense’s performance. “Overall, I thought the team defended fairly well. I mean, they were going to get some chances.”

LAFC’s (9-3-3) goal marks the fifth the Sounders have conceded in the final 20 minutes of MLS contests this season. It spoiled what would’ve been just the third MLS clean sheet this season.

But the Sounders’ 80th minute lapse, which led to LAFC’s only goal on Saturday afternoon in a 1-1 draw, along with a number of missed opportunities on the offensive end, meant they came away from Saturday’s game at Lumen Field with one point instead of three.

“I think we’re disappointed, not being able to close it out,” Schmetzer said.

Defensively, most of Saturday’s contest is proof that the Sounders are clicking once again. They won the CONCACAF Champions League last month, and are working back toward form. They entered Saturday’s contest with wins in four of their last five MLS games.

Early on during Saturday’s contest, Nouhou, the left back, and Roldan, the right back, did well to track back to handle LAFC’s crosses. On one, Roldan found himself toward the opposite sideline but made an excellent sliding challenge to win the ball.

On another, Nouhou showed a burst of speed to cut out a pass and dribble forward to midfield which the crowd applauded. Both outside backs did well to cut out passes and move upfield when opportunities presented themselves on the offensive end.

When LAFC tried to turn to the longball, or the counter attack in the first half, the Sounders adjusted. Roldan was there alongside Jackson Ragen to make a tackle before an LAFC attacker had time to shoot one-vs-one.

And Frei was there as well, making one first-half save where the ball hit him hard under the ribs and knocked the wind out of him for a few moments.

Frei said the defense did well playing out of the back in during the first half, particularly because LAFC is a high-pressing team that “tries to suffocate you” and capitalize on turnovers. Frei said that didn’t last all the way throughout the second half. The Sounders started to get tired and didn’t play with as much confidence out of the back, he said.

Xavier Arreaga was another bright spot on the back line, threading a well-placed first-half pass to Albert Rusnak in the middle of the field. Arreaga routinely stood tall, blocking a shot from LAFC star Carlos Vela on one occasion and picking out passes.

But in the 74th minute, Arreaga pulled up holding his hamstring after he intercepted a pass. Schmetzer said he’s not sure of the severity of Arreaga’s injury. The center back will receive an MRI on Sunday.

Arreaga was subbed out, and Nouhou shifted into the middle, which isn’t his natural position. Minutes later, Nouhou lost the header to Arango, and Los Angeles scored.

“It’s hard when you lose a center back; that’s where I’ll have to do some reflection on my job as a coach,” Schmetzer said when asked about shifting Nouhou to center back instead of making a substitution.

“We’ll assess that. I’ll reflect on my decision there, and we’ll move forward.”