Major League Soccer appears to be homing in on a way to resume its season amid the coronavirus pandemic. According to multiple reports, MLS could return to action by centralizing teams in Orlando, Florida, and play could begin as early as June 22.

Proposals were reportedly sent to teams and the MLS Players Association, but Garth Lagerwey, the Sounders general manager and president of soccer, said Wednesday multiple options are still being discussed and nothing is definitive.

“This is the one that’s been the most talked about and not just because of MLS, the NHL is contemplating it, baseball did some version of this, and the NBA,” Lagerwey said of the other professional leagues looking into sequestering their teams to play truncated seasons. 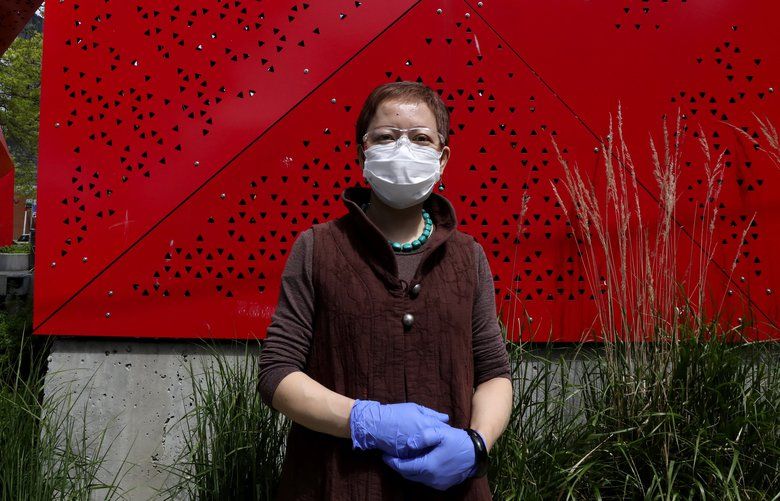 “If there’s one concept that four different leagues are talking about, I take that there might be some more legs to something like that … What MLS will conclude, I don’t have a good answer one way or another.”

Anonymous sources first told The Washington Post the league proposed quarantining its 26 teams in the Orlando area to play a four or five-week schedule without fans at the Disney sports complex and live at one of the resorts near Walt Disney World.

The Athletic provided more details in its Tuesday report, stating teams would report to Florida by June 1 to prepare to play by June 22. Family and friends would not be permitted to join. ESPN, which is owned by Disney, could broadcast the matches.

Another option could have teams return to their home stadiums following the resumption of the season in Orlando.

In a conference call with media last week, Sounders coach Brian Schmetzer said a six-week training camp period would be ideal for teams to play their best soccer. MLS suspended its league March 12 after playing two games apiece. Many players have been limited to home workouts and neighborhood runs to stay in shape the past five weeks.

MLS permitted teams to conduct voluntary, individualized workouts beginning last week with the stipulation that those sessions are approved by local government and health officials. Gov. Jay Inslee’s stay-at-home order, which has been extended to May 31, prevents the Sounders from holding any training at Starfire Sports in Tukwila.

At least 16 MLS teams have held some sort of training the past week, including the Portland Timbers. Orlando City coach Oscar Pareja was positive about his sessions and the proposed return to play.

“This community is ready to do it and Orlando is the perfect city to hold an event like that,” Pareja told The Orlando Sentinel on Wednesday. “Based on the experience, the infrastructure, everything. Orlando has everything to hold it. So if the league decides so, … I think it will be a great decision to bring it here.”

As of Wednesday afternoon, Florida was still in Phase 1 of Gov. Ron DeSantis’ “Safe. Smart. Step-by-Step” plan to reopen the state. In Orange County, where Orlando is located, there are 1,537 confirmed cases and 35 COVID-19 related deaths, according to tracking by Johns Hopkins University.

The proposal to resume play coincides with multiple reports that the players have been asked to accept a 20% pay cut. Members of the Sounders technical staff and front office have already cut their wages.

Seattle is among 12 clubs to apply for the federally funded Payroll Protection Program. The Athletic reported Tuesday that seven teams aren’t expected to accept the money. The Sounders confirmed the organization applied but did not state whether it was approved. Thursday is the deadline to accept the money.

The funding was designated for businesses with 500 or fewer employees. Many businesses that are key to the Sounders’ match-day experience weren’t approved for the federal loan. Sounders majority owner Adrian Hanauer initiated a $500,000 relief fund to assist some of those businesses but noted in April he furloughed his staff at Northwest Framing and applied for a loan under the Coronavirus Aid, Relief, and Economic Security (CARES) Act.

“Basically gone from a business to zero revenue,” Hanauer of the company, which is regarded as the largest custom framing shop in the Pacific Northwest. “We hope to get back up and running and come out the other side with a functioning business that hires a bunch of people back and can thrive.”

Testing and not keeping those in more need of tests remains key to any plan for MLS to resume play. Carving a zone to compete and train for at least 1,500 people would require a lot of tests and consideration to how often. There’s also auxiliary staff — hotel, catering, cleaning staffs — who theoretically would also need tests if in contact with teams.

There doesn’t appear to be a proposal to have fans attend matches.

“We are going to, as a society have to accept some level of risk,” Hanauer said recently. “We accept that risk today with the flu and crossing the street — a whole bunch of things. This is just so foreign and scary to us that it’s forcing this reassessment of what level of risk we are going to be willing to take as a society. We’re so in the eye of the storm, it’s really hard.”