The Sounders seek to defend their 2020 Western Conference championship and advance to the MLS Cup final for the fifth time in six seasons. The top seven teams from each conference qualify for the postseason, which starts Nov. 19. The 2021 MLS Cup is slated for Dec. 11. Here’s a closer look at some key matchups for the Sounders:

The season opener will also welcome fans back to the stadium for the first time since March 7, 2020 due to the coronavirus pandemic. The crowd size is limited to 7,000 people to comply with safety protocols. The match will air on FS1 at 6:30 p.m.

May 9 at Portland Timbers

The Cascadia derby at Providence Park kicks off a three-game series against the Timbers. The Sounders are 12-10-7 all-time in regular-season matchups against Portland since the latter entered MLS in 2011. 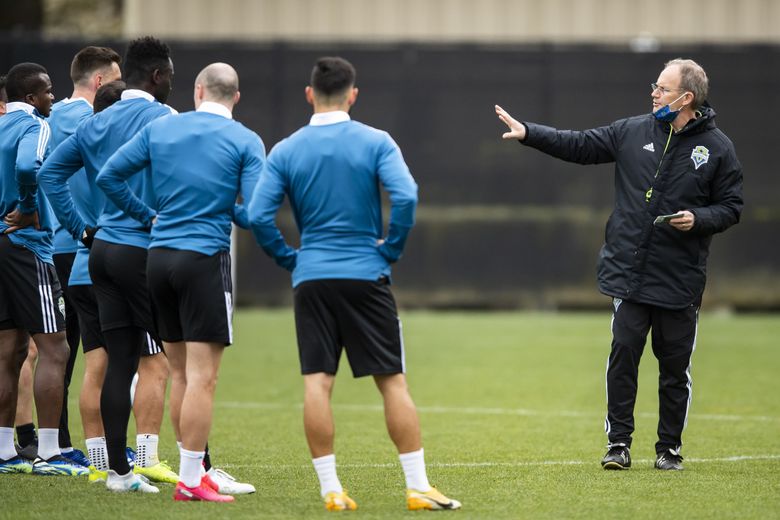 May 23 vs Atlanta United FC at Lumen Field

The Sounders only play two Eastern Conference clubs this season because the league is continuing efforts to limit possible exposure to COVID-19. The Sounders last played Atlanta in July 2019, winning the match 2-1 at home.

May 29 vs Austin FC at Lumen Field

The Sounders will play the Whitecaps three times this season. The Cascadia rivalry will continue to be played stateside due to travel restrictions between the U.S. and Canadian border. Vancouver’s home base this season will be Sandy, Utah.

Unlike last season when the Sounders and Loons didn’t play each other until the postseason, the sides face off three times this year. Seattle is undefeated against Minnesota, holding a 6-0-1 all-time record.

One of the toughest weeks of the Sounders’ schedule will end with a rematch of the 2020 MLS Cup final. Seattle will play three road matches in the span of seven days. The Columbus lineup will be at the defending champ’s new $313.9 million stadium.

The Cascadia derby makes its way back to Seattle. The Sounders are 7-3-4 all-time against Portland on their home turf. The sides finished in a 1-1 draw in their last meeting at Lumen Field in October 2020.

A matchup against Colorado is wedged in the middle of five road games for Seattle. Overall, the Sounders play seven of their final 10 matches on the road. The Sounders were 3-3-3 on the road last season.

The Sounders close the regular season with a road game on what is referred to as “Decision Day.”