The league suspended play March 12 due to the global coronavirus outbreak with the hopes of resuming May 10. But MLS also stated it would only return based on public-safety guidelines.

“Although we hoped to return to play in mid-May, that is extremely unlikely based on the guidance of federal and local public-health authorities,” the league stated in a news release. “Our goal remains to play as many games as possible, and while we currently have enough dates to play the entire season, we recognize at this time that it may become difficult to do so.” 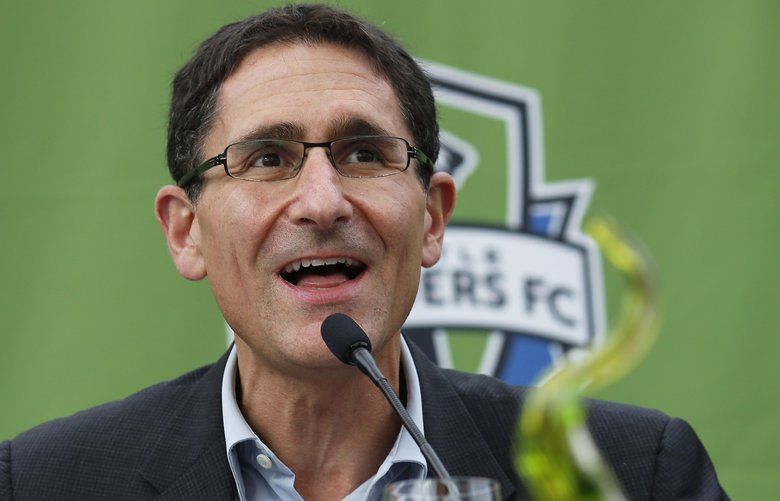 MLS teams each played two games out of the 34-game season. The last Sounders FC match was March 7 against the Columbus Crew SC, ending in a 1-1 draw at CenturyLink Field.

The league placed a moratorium on all training on  March 13 and extended it four times, now through April 24. Teams are only permitted to use their facilities for players requiring treatment or rehabilitation. All players are to remain in their respective team’s cities, while some exemptions are being made for U.S. travel.

“Every scenario requires universal testing,” Garber said. “You’re reading it with every other league. You’re reading it with other leagues around the world, in Europe particular. …We need to get access to testing. Until we have more testing to be able to test our players, our staff, all the people that would be operating these games, we’re not going to be able to have a plan that we can roll out.”

Hanauer said the league is considering all options to have some sort of a season, including playing during the winter months. In an interview with ESPN, Garber said games would mostly be played behind closed doors.

“As a league, we’re open and exploring all different possibilities,” Hanauer said. “We’re weeks if not months from really starting to have clarity on what could be possible. What we’re trying to do as teams, leagues is have optionality.”

Pay is becoming a concern as struggles to contain the virus continue and most U.S. states remain under stay-at-home orders. Gov. Jay Inslee’s order for Washington is through May 4.

MLS announced it cut the salaries of top executives, including a 25 percent cut of Garber’s wage. Hanauer would not discuss how his club is handling pay.

The MLS Players Association has had discussions with Garber, according to Sounders midfielder Harry Shipp, the club’s player representative. But there haven’t been any discussions of cuts to player wages, Garth Lagerwey, the Sounders general manager and president of soccer who stated in March that players will continue to be paid according to their contracts.

The Sounders also previously stated all tickets purchased to postponed games would be honored once rescheduled.

“We continue to learn more every day from the medical experts, and we expect to have additional details in the coming weeks regarding when we can return to play,” the league statement continued. “As we have throughout this process, we will update our fans with every decision, and we thank them for their support and understanding during this extremely challenging time.”