TOKYO – Here’s the problem with establishing yourself as the best at your chosen profession – the best mechanic, the best cheesemaker, the best accountant, the best gymnast: Maintaining that standard over weeks and months and years takes its toll, even if we can’t see it. The customers, the public, know only that standard, and the job is to continue to deliver, full stop. That is a burden, regardless of the trade. At the wrong time, it can become crippling.

So here was Simone Biles, unquestionably the greatest gymnast on the planet, crippled – on the stage she owns, performing the tasks she had trained a lifetime to pull off, in the moment that mattered. Her job was to lead the U.S. women’s gymnastics team to another gold medal, this one at the Tokyo Olympics. When it came time to do that, the best to ever do what she does decided she was more hindrance than help. She stepped aside, pulled on a white sweatsuit – and cheered her teammates on – to silver, not gold. 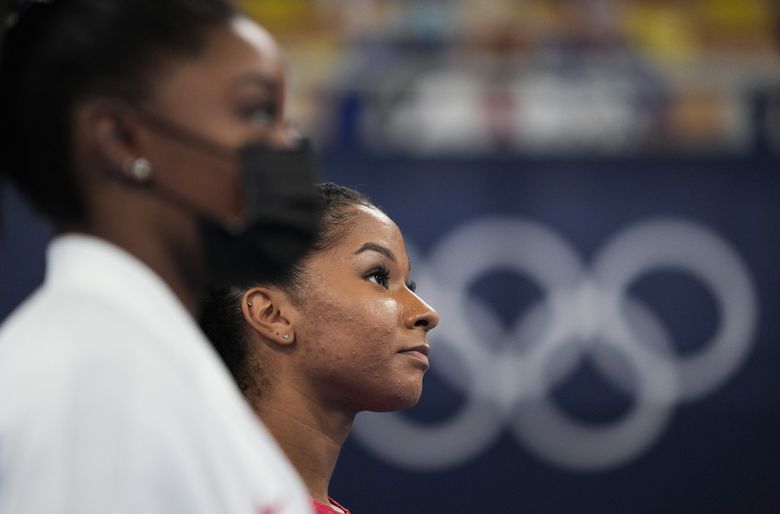 What are we doing, breaking our athletes? Tennis star Naomi Osaka arrived here after a two-month hiatus she used to restore her mind. Swimmer Simone Manuel drove herself to overtrain, then became all but paralyzed when she did. The greatest Olympian of all – swimmer Michael Phelps, he of the 23 gold medals – spends his retirement advocating and advising athletes on the importance of tending to the mind.

In the pandemic that forced these Games to be pushed from 2020 to 2021 – and demanded an extra year of training from 11,000 athletes, most of it in isolation – these issues have become paralyzing. On Monday, Biles telegraphed her state of mind by posting on Instagram, “I truly do feel like I have the weight of the world on my shoulders at times.”

Really, by now, we should see this all coming. As much as NBC hypes its Olympic programming back home as a pick-me-up, it’s impossible for nightly three-hour television shows to fully examine and explain what happens in the four years – excuse me, five years – between appearances in the public conscience. Sports are a joy until they’re a job, and the sum of it all – the work, the hype, the hope, the standard, the expectation – can easily be too much. Mix in the special sauce of a pandemic and the country’s racial reckoning, and collapse should be more predictable.

Ask Biles, in February 2020, how she would describe herself in 2021, and she certainly would have said, “Retired.” The finish line was last summer, not this one. Gymnastics produces an extraordinary pounding on the body, and that matters. But doesn’t any of this – swimming, running, jumping, shooting, hitting, hurling – produce an even more emphatic pounding on the mind?

The United States has produced the past four all-around champions: Carly Patterson in Athens, Nastia Liukin in Beijing, Gabby Douglas in London and Biles in Rio de Janeiro. Notice a trend? Only Biles tried to repeat.

So add a fifth year, and the stresses not just of training, but of life. No athlete carried more here. Oh, and then there’s the unspeakable.

Not only was USA Gymnastics obliterated by the nastiest of scandals – methodical and ruthless and repeated sexual abuse of its athletes by team doctor Larry Nassar – but Biles stepped forward to put her name on the list. She had been abused, and she questioned the leadership and support of the national governing body, the face of the sport rising up to push back against it. Try being bouncy and buoyant through that.

Who’s to say, too, what impact the turmoil at USA Gymnastics might have had on Biles’s decision Tuesday night? It’s harder to abandon people who nurtured and supported and stood up for you. But if you don’t believe in the name on the front of the jersey, it’s easier to side with the name on the back.

And yet what’s expected of Biles upon arrival here is imperviousness, an ability to ball all that up and toss it to the side. She is without peer on the vault and the floor and the beam. She must be without peer with her body and mind.

If she’s not, then the gasp is real – and audible, even in an arena that was empty but for journalists and support staff. The Americans’ first rotation Tuesday night – in which they were matched up against the steely Russians as the clear favorites for gold and silver – was on vault. Twice, once in warm-ups and once in competition, Biles tried to pull off a vault that called for two-and-a-half rotations. She completed only one-and-a-half. This is something like LeBron James air-balling a free throw.

“It’s very uncharacteristic of me,” Biles said. “So it just sucks that it happens here at the Olympic Games, because it can happen any other time. But with the year that it’s been, I’m really not surprised how it played out.”

The service to her team, she said, would be not to compete. There were three more rotations to perform. Her teammates – Grace McCallum, Jordan Chiles and Suni Lee – would have to forge forward with Biles as a cheerleader.

“I usually persevere and push through things,” Biles said. “But not to cost the team a medal.”

It’s unarguable that mental strength is an important element in any athlete excelling and achieving. It’s also unarguable that the athletes assembled here are competing in circumstances never before explored. Fans and families are replaced by masks and hand sanitizer.

As Biles explained the circumstances Tuesday night, she smiled and laughed. She was gracious with her teammates, teasing them as they teased back.

But what she’s teaching us, in that moment, is that’s a mask. Simone Biles had the talent and the ability to lift the United States to the gold medal Tuesday night. Had she bowed out because of a sprained ankle or a strained knee, America would have understood, no questions asked.

That she decided not to compete because her sport and the pressures surrounding it broke her is something we need to make sure we ask questions about, because only then will we understand.