The message Marshawn Lynch delivered to his teammates and fellow players around the league in what might have been his last act as a Seahawk — “Take Care of Yo’ Chicken” — is also now one that anyone can wear on a hoodie or T-shirt thanks to Lynch himself.

Clothing with that slogan, with the C designed as a dollar sign, showed up available through Lynch’s Beastmodeonline.com website Tuesday, and presumably also available at his stores in Seattle and Oakland. A hoodie sells for $70, a T-shirt for $39.95. 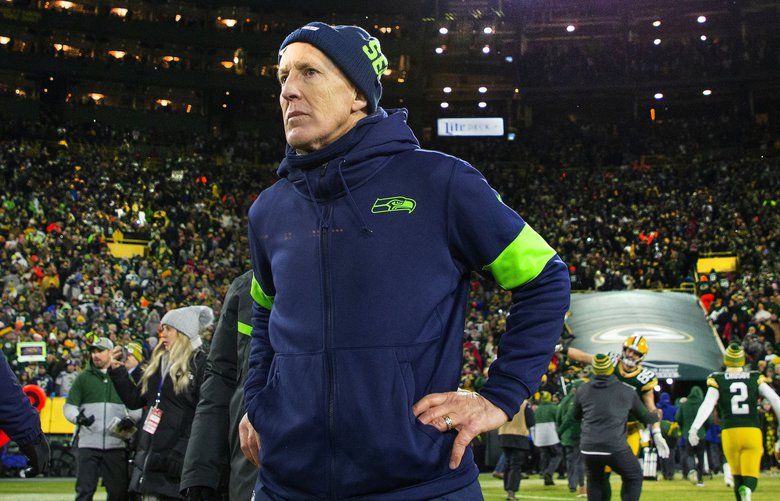 Chicken is a slang term for money, and taking care of your money was a key part of Lynch’s message to teammates, as well as players around the league, during a postgame news conference Sunday following a 28-23 loss to the Packers. Lynch quickly answered three other questions about the game — all in three words or less — before segueing to what he really wanted to talk about.

“Look,” he said, “I’ll say like this though: This is a vulnerable time for a lot of these young dudes, you feel me? They don’t be taking care of their chicken right, you feel me? So if it was me, or if I had a opportunity to let these little young (teammates) know something, I’d say take care of y’all money, African, because that (stuff) don’t last forever now.

Lynch’s stores also sell clothing with the phrase “Unfinished Business,” which is what he said was the theme of his return to the Seahawks in late December when he was lured back into football after a 14-month break to help the Seahawks replace the injured Chris Carson and Rashaad Penny.

Lynch also recently launched a line of clothing with Australian colors and logo with 100% of profits said to be going to help efforts there to combat fires in that country.

Skeptics may wonder if Lynch had marketing opportunities in at least the back of his mind when he made his return to the Seahawks.

Lynch, though, didn’t make much from the Seahawks, by his former playing standards, anyway, during his three-week return.

Lynch’s contract with Seattle called for him to make a prorated share of the league veteran minimum, meaning he got $60,588 for playing the final regular season game against the 49ers.

Whether he ever has a chance to cash in again on football remains to be seen.

Lynch turns 34 in April, and his return to the Seahawks was obviously a move made almost entirely out of necessity — the team and Lynch first began talking after Penny suffered his season-ending injury against the Rams on Dec. 8.

Asked if he’d like to keep playing Lynch said “we’ll see what happens” before then delivering his statement to fellow players.

Coach Pete Carroll said Monday that Lynch is “going to go home and think about it” and that he doesn’t think Lynch knows if he wants to continue to play.

Seattle expects Carson back next season from a fractured hip while Penny will have a 9-10-month recovery or so from an ACL injury. That Penny’s status for the start of the season is in doubt means Seattle is likely to add to its running back corps (C.J. Prosise is also now a free agent).

Asked if the team would consider bringing back Lynch to play just part of the season, Carroll said he wouldn’t rule it out. But that can’t be contractually promised and the Seahawks would probably think it more ideal to have running backs on the roster who play the entire season.

Still, if that was a last glimpse of Lynch as a Seahawk, everyone involved seemed to think it a fitting way to go out as he scored four touchdowns in three games, two against the Packers.

“We were all very fortunate to have a chance to see Marshawn come back and play again,” Carroll said. “To score four touchdowns in the last three weeks it was pretty cool. Just being Marshawn down inside the 5-yard line, he was nails.”