After the franchise-altering trade of Russell Wilson last month, the Seahawks hold a top 10 draft pick for the first time since 2010. Who might the Seahawks target with that No. 9 pick? In the countdown to the April 28 draft, we’ll profile the prospects who seem to make the most sense for the Seahawks in the first round. 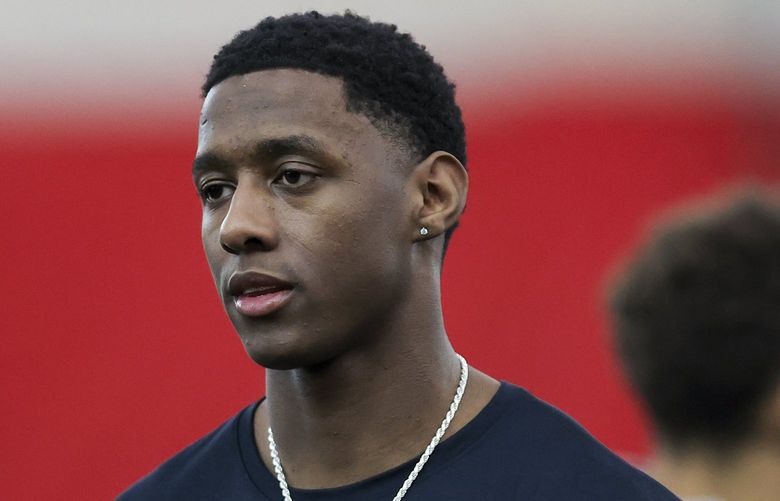 Career highlights: Had 19 sacks and 35.5 tackles for loss in 30 career games at Oregon. Was limited to 10 games as a junior in 2021 while battling an ankle injury.

Background: A Los Angeles native, Thibodeaux was a five-star recruit out of Oaks Christian High School (he spent his first two years at Dorsey High) after earning USA Today national defensive player of the year honors. He was credited with 152 tackles and 54 sacks in his high school career.

Why he might be a good fit for the Seahawks: It’s pretty simple: The Seahawks need another edge rusher, desperately so, and Thibodeaux has long been regarded as one of the best in this draft class. He is considered raw in some areas — his handwork, in particular — but he is still just 21 years old. “Thibodeaux is an ascending pass rusher with rare traits; he’s long, explosive, and can bend around the corner and get to the quarterback,” The Ringer’s Danny Kelly writes. “He’s still scratching the surface of his potential.”

Why he might not be a good fit for the Seahawks: Talent evaluators and analysts are torn on Thibodeaux. Heading into the 2021 season, many had him pegged as the No. 1 pick in the draft. But his stock has fallen perhaps more than any other prospect in this draft, as some have questioned his production, his love of the game and his injury history. Thibodeaux also reportedly did not impress during his interviews with teams at the NFL combine, and some have suggested he could fall out of the top 10 entirely.

This class of edge rushers is also considered fairly strong and deep, and if the Seahawks think they can get a good one in the second round — perhaps USC’s Drake Jackson or Penn State’s Arnold Ebiketie — that might make more sense than a high-risk/high-reward selection of Thibodeaux.

Fun fact: Last fall, Thibodeaux launched his own cryptocurrency, called $JREAM. The coin shares a name with the Jream Foundation, which Thibodeaux founded to help provide more opportunities for youth in disadvantaged circumstances.

Prospect quote: “For me, I’m an L.A. kid. If you know the adversity I went through to get here and the things that I had to sacrifice and the things that my mother had to sacrifice for me to be here, you’d really understand how I feel in my heart. When you talk about fire, when you talk about passion, you can’t even really explain it. I get emotional even thinking about it. All the sacrifices it took me to get here, I wouldn’t have made all those sacrifices if I didn’t love the game.” — Thibodeaux

Scout’s take: “He shows a tremendous burst off the snap and excels using his inside arm to stab, create space, close and finish. … Against the run, he easily stacks blocks vs. tackles and tight ends while locating the football. He has speed to close from the back side but his effort is spotty. Overall, Thibodeaux doesn’t have ideal flexibility, but his blend of speed and power should translate successfully at the next level.” — Daniel Jeremiah, NFL.com