Skip to content
By
Bob Condotta
and
Adam Jude

Getting Jamal Adams signed clears up one big cloud hovering over the Seahawks.

Left tackle Duane Brown, who is also entering the final year of his contract and due to make $10 million in 2021, would like an extension.

Brown has also been “holding in,’’ and coach Pete Carroll has already said he will not play in the preseason, which takes some immediate pressure off the situation.

However, sources have said the team is not currently negotiating with Brown, instead taking the stance that they would like to get through the season and then work on an extension then.

Brown turns 36 on Aug. 30 and has some chronic knee issues that have meant the team severely restricts his practice time during the year to manage his workload. And the team is thought not wanting to commit any money — and cap space — to Brown in future seasons when it’s unclear how long he may play. 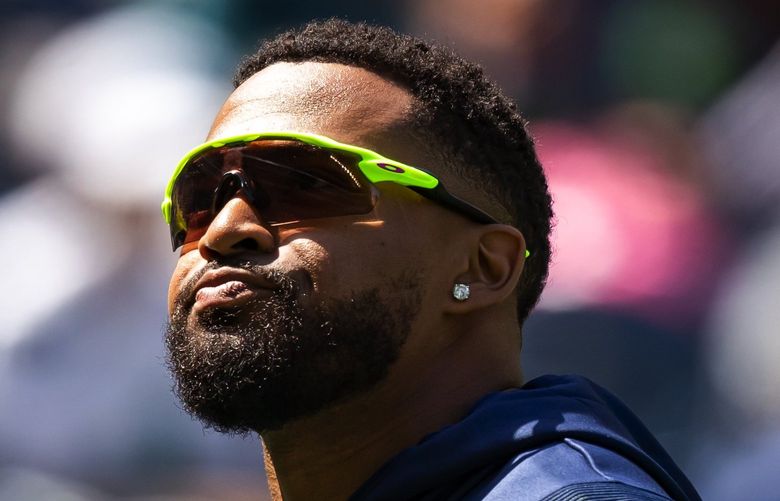 The Seahawks have felt burned in the past with contracts to veterans, such as Marshawn Lynch in Kam Chancellor, in which they doled out guaranteed money for seasons that the players ultimately did not play.

The team is also gambling with Brown that he will not hold out once the season begins. Brown will get his base salary, as well as a $1 million roster bonus, only by playing, and while Brown may be unhappy, the team is banking that ultimately, Brown will not give up that money.

Seahawks general John Schneider hinted during an interview with ESPN 710 Seattle Saturday night that the team won’t negotiate with Brown, stating “We don’t get into that. There’s nothing new to report on there. We have 21 guys that are in the last year of their contracts. All we want to do is win here. We want to win on a consistent basis.’’

One prominent Seahawk who wants to see Brown back on the field soon is quarterback Russell Wilson. Wilson took the somewhat rare step of saying publicly after the team’s mock game at Lumen Field on Aug. 8 that he hopes the team would work out something with Brown, saying “we’e got to figure that out because we need Duane Brown.”

But former NFL agent Joel Corry, who now writes about salary cap-related issues for CBSSports.com, said he won’t be surprised to see the Seahawks stand firm with Brown given his age.

“I understand that concern just because he is in semi-uncharted territory,” Corry said. “I know Andrew Whitworth (of the Rams) is playing well later into his 30s (Whitworth is 39). But I would be hesitant to want to extend someone who is almost 36 when we are talking about playing years 37, 38 and 39. So I would take a wait-and-see approach if I’m Seattle. I totally understand what they are doing.”

Seattle’s top free pending free agents for 2022 other than Brown and Adams are safety Quandre Diggs and right tackle Brandon Shell, and a few players who signed one-year deals this year such as tight end Gerald Everett and cornerback Ahkello Witherspoon.

But Seattle’s biggest contract question after the 2021 season will revolve around receiver DK Metcalf.

Metcalf is entering the third season of his four-year rookie deal and teams cannot give extensions on rookie contracts until the third year is completed.

But Metcalf, after two standout seasons to begin his career, will almost certainly be in line for a new deal after this season that could rival that of any receiver in the NFL.

The current highest-paid receiver in the league is Arizona’s DeAndre Hopkins at $27.25 million per year.

The Seahawks earlier this year signed Tyler Lockett to a new contract that pays him $17.25 million per season, 10th in the NFL. Seattle also extended punter Michael Dickson in the spring, signing him to a four-year deal worth up to $14.75 million.