In the first step in Wednesday’s unveiling of the NFL schedule, the Seahawks learned they will open the season on Sept. 12 in Indianapolis against the Colts.

The game will be televised on FOX and kick off at 10 a.m. PT.

As part of the increasing extravaganza that is the NFL’s release of the yearly schedule, the opening weekend of games was revealed during morning shows Wednesday on networks with which the league has TV deals. 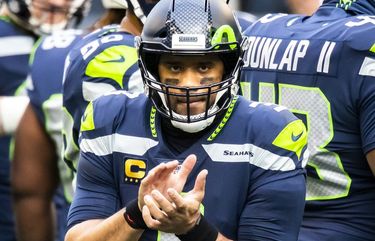 The rest of the regular season schedule will be released this afternoon, with teams expected to unveil schedules at 4:45 p.m. and the NFL Network and ESPN then holding shows at 5 p.m. to discuss the games.

The opener will be Seattle’s first visit to Indianapolis since the 2013 season, the year the Seahawks won the Super Bowl, a 34-28 loss to a Colts team then quarterbacked by Andrew Luck.

The game shapes up as a tough opener as the Colts were 11-5 last season before losing in the wild card round to Buffalo and are again expected to contend for a playoff berth in 2021. Indy will also be breaking in a new quarterback in Carson Wentz, acquired in the offseason in a trade with the Eagles.

It will be the second straight season Seattle will open on the road, having played at Atlanta to kick off the 2020 season, a game the Seahawks won 38-25. But going on the road to open the season was inevitable with the Mariners playing at home that weekend.

And, yes, the game is in the once-dreaded 10 a.m. time slot. But that long ago ceased being an issue for the Seahawks, who are 19-7 in their last 26 such starts, and have gone 8-1 the past two seasons and 3-1 last year, including the opener against the Falcons.

Opponents had already been determined via the league’s scheduling format.

Seattle, as with all NFC teams in 2021, will play eight home games and nine road games in what is the first year of the league’s new 17-game schedule.

But the league got the players to agree to a 17-game schedule during negotiations on a new collective bargaining agreement approved in March of 2020 and the league decided to enact the 17 games for 2021.

That means teams will play 17 games over 18 weeks of the regular season.

Seahawks to host Rams on a Thursday night?

While nothing more other than the Colts game will be official until Wednesday night, there were leaks throughout the morning of other schedules that included Seahawks games.

Another report from Brad Biggs of the Chicago Tribune states Seattle will host the Bears on Dec. 26, a Sunday. Again, neither report is confirmed.

And SI.com reported that the Seahawks will play at Green Bay on Sunday, Nov. 14, in the 1:25 p.m. Seattle time slot.

The Athletic also reported that the Seahawks will play at Minnesota on week three. That would seem to indicate Seattle opening at home on the second weekend of the year, Sept. 19-20.

The entire preseason schedule will also be announced Wednesday. And a report from The Athletic stated Seattle will open the preseason against the Raiders in Las Vegas (which would be somewhere from Aug. 13-17). Seattle’s other two preseason games will be at home.