No position on the Seahawks’ roster has undergone the kind of transformation in the past three years as safety.

From entering the 2017 season with two certain future Ring of Honor honorees (if not worthy of more) in Earl Thomas and Kam Chancellor, to spending the next two years giving three other players significant starts (Bradley McDougald, Tedric Thompson, Lano Hill) to then suddenly entering the 2020 season with another Pro Bowl-caliber duo in Jamal Adams and Quandre Diggs, it’s been a fascinating makeover to watch.

Adams and Diggs could be Seattle’s safety duo far into the future depending on how things play out over the next year. 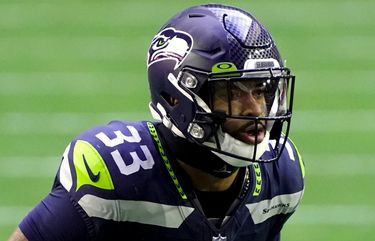 But before addressing that in depth, let’s first examine the personnel at the safety spot as we continue our Seahawks position reviews.

Contract situation: Entering final season of rookie contract in which he had his fifth-year option picked up. That option will pay Adams a non-guaranteed $9.86 million salary in 2021, all of which would count against the salary cap.

Contract situation: Entering final season of contract due to make $5.95 million in 2021 with a cap hit of $6.1 million.

Contract situation: Now an exclusive-rights free agent, meaning he’ll stick with the Seahawks as long as they extend an offer. Made $750,000 in 2020.

Contract situation: Now an unrestricted free agent after making $825,000 in 2020 on final year of rookie deal.

As last summer began, the Seahawks appeared more than content to go with Diggs and Bradley McDougald in 2020, with Blair possibly factoring into the competition as well.

Then Adams became available, the Seahawks swooped in with the most aggressive trade offer in team history — a package including McDougald and 2021 and 2022 first-round picks — and voila!, Seattle had built an entirely new safety tandem in less than nine months, Diggs having been acquired the previous October.

Adding Adams allowed Seattle to try Blair at the nickel spot, and he beat out Ugo Amadi for the starting job while also retaining the ability to play safety if needed, as he did in the second game against the Patriots when Diggs was thrown out early for a helmet-to-helmet hit. Blair, though, was then lost for the season later in the same game, opening the door for Amadi to stake his claim as the long-term nickel.

A groin injury to Adams in the third game held him out for four weeks, which thrust Neal — who had not played defense in an NFL game — into a starting role, with Neal showing quickly he belonged.

But it was when Adams came back at the midway point of the season and the Seahawks fully integrated his pass-rushing skills that the defense began to really take off.

Adams finished with 9.5 sacks, setting an NFL record for a defensive back. Those who questioned Adams’ coverage skills may have gotten rebukes from Adams. But the numbers didn’t completely absolve Adams when it came to his pass defense — via Pro Football Focus he allowed a passer rating of 121.7 this season.

But Adams’ sacks and another seven hits and 16 hurries gave Seattle’s defense a dimension it has never really had.

Diggs was a steadying force as the only member of Seattle’s secondary to start all 16 games and also led the Seahawks with five interceptions — and has eight in 22 games with the Seahawks (Earl Thomas had 28 in 125 games with Seattle).

Hill played in just two games but helped team for the tackle on Cam Newton that won the Patriots game, evidence of the run-tackling ability that always intrigued coach Pete Carroll.

Neal ended up getting four starts and then after Adams returned continued to play in specialty packages (specifically, a six-defensive back or dime look), illustrating the faith he had earned from coaches.

The Seahawks also signed Green Bay’s 2015 first-round pick Damarious Randall at midseason to help out wherever in the secondary. But Randall wasn’t needed much, playing just 35 snaps.

It’s worth remembering that Adams remains under contract for 2021, so the urgency is more securing his future before the 2021 season begins so it’s not the dreaded “distraction,’’ but which means it’s not necessarily Seattle’s first order of this business this offseason. Still, possibly reducing that cap hit in 2021 with a longer-term deal might help things, as might simply quieting the speculation about what will happen with Adams.

That Seattle gave up so much for Adams and Adams seems to really like it with the Seahawks leads to the idea that a deal will get done and Seattle is expected to pursue it at some point this offseason.

But a few of Adams’ comments have also seemed to hint that he may not want to be considered solely as a strong safety — a position that usually doesn’t get paid as much as free safeties — with his pass-rushing ability obviously making him unique. The highest-paid strong safety at the moment is Arizona’s Budda Baker at $14.75 million per year. Adams is sure to want more.

Adams did little to decrease expectations for what he expects in the future in an Instagram post last week that featured a picture of him after having surgery to repair two broken fingers and a torn labrum.

Addressing those he felt questioned him this year he wrote “keep that same (expletive) energy for next season when I’m back healthy.’’

Diggs also has just a year left on his deal. But Seattle may elect to let him play that contract out, especially as it assesses where Blair’s future may fit best.

Blair was something of a revelation in winning the nickel spot but was hurt too quickly to really judge if that’s his best spot. And the way Amadi played there at the end of the season might make Seattle think he’s the best fit for the nickel, meaning Seattle could again consider Blair a safety and see if he can be a free safety to team with Adams for the long-term.

Certainly, Seattle is going to want to try to get a player it took with the 47th overall pick in 2019 on the field in some capacity.

Neal can be easily retained and figures to have a role as at least a trusted backup at a number of spots, if nothing else.