The Seahawks are expected to sign veteran receiver Marquise Goodwin to fill out their 90-man roster, a source confirmed to The Seattle Times. The Athletic first reported the expected signing.

The signing was pending a physical, but assuming that it went well, Goodwin, 31, is expected to sign and could join the team in time for the beginning of OTAs (organized team activities) on Monday. OTAs will be the first time the Seahawks can have workouts with the offense facing the defense in 11-on-11 sessions. 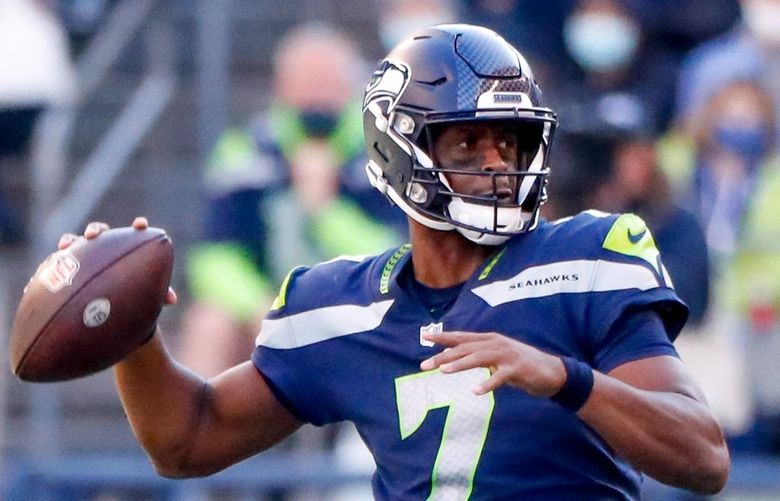 Analysis: Five things to watch as the Seahawks begin OTAs

His best game last season came when he had four receptions for 104 yards and a 49-yard touchdown in a 16-13 loss against the Baltimore Ravens on Nov. 21.

Goodwin has always been known as one of the fastest receivers in the NFL — he ran a 4.27 40 at the combine in 2013 that was the fastest of any player who attended that year.

Goodwin will join holdovers Freddie Swain and Penny Hart and seventh-round picks Bo Melton and Dareke Young in battling for spots at the back end of the receiving position after the trio of Tyler Lockett, DK Metcalf and Dee Eskridge.

The Seahawks are hoping Eskridge, a second-round pick a year ago, takes a big leap in year two and earns the No. 3 spot. But following a rookie season that was disrupted by a concussion suffered in week one, Eskridge’s hold on the spot is far from secure.

The Seahawks had an open spot on its 90-man roster after waiving rookie quarterback Levi Lewis on Friday. The waiving of Lewis led to speculation they might sign another quarterback to add depth at that spot. The Seahawks have just three QBs in Drew Lock, Geno Smith and Jacob Eason.