RENTON — Bobby Wagner has had all spring and summer to prepare for an unhappy event he knew was coming — life in the middle of the Seahawks defense without trusted teammate and good friend K.J. Wright.

He’s going to need a bit more time to get used to taking the field and not seeing the familiar No. 50 next to him.

Wright, who had been a mainstay in the Seahawks defense since 2011 and was the only player left on the team a year ago who predated the arrival of Wagner and Russell Wilson, was not re-signed last spring despite a 2020 campaign that many regarded as among the best of his career.

While no one doubted Wright’s value to the team a year ago and throughout his career, the Seahawks were looking to the future in their decision to leave him unsigned. They have two recent high draft picks ready to step in to the two spots Wright has played in his career — 2020 first-rounder Jordyn Brooks at weakside linebacker and 2020 second-rounder Darrell Taylor on the strongside. 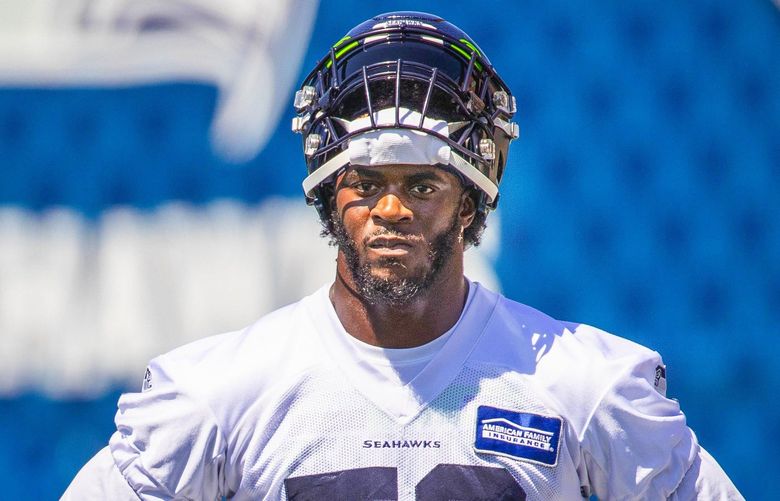 Re-signing Wright would block the playing time of one — or both given that last year Wright played a hybrid role in which he took snaps at both spots.

More surprising may be that no other team has signed Wright, leaving him on the sidelines as camp begins.

The Seahawks have said that as long as Wright remains available the door is not closed for a return, though the reality seems that would only happen in the event of an injury. They wouldn’t likely sign the 32-year-old Wright to be a backup.

“I think he’s doing all right,’’ said Wagner, who said he talks to Wright regularly. “I think he’s waiting for the right opportunity.’’

Wagner surely is holding out hope that maybe that it can somehow still happen in Seattle.

But Wagner also understands that in the NFL business comes before sentiment.

“You have to understand how the business works and hope for the best and kind of figure things out,’’ Wagner said. “I just think it’s very interesting that somebody can come off one of his best seasons and find himself not on a team. Definitely feel like he is deserving of it. He’s a leader, somebody that anybody would love to have on this time.’’

Wagner said the biggest adjustment is in on-field communication. During the glory days of the Super Bowl years, Seahawks players talked often of how they barely even needed to say anything to make adjustments to what they saw an offense doing.

But with a lot of new parts, that’s something Wagner, who as the middle linebacker has the primary responsibility for setting the defense, will have to take extra care to assure is done properly.

“It’s similar to when I was playing with Sherm (Richard Sherman) and Kam (Chancellor) and Earl (Thomas), and those guys,’’ Wagner said. “When you’re around somebody for a long period of time, they know you, and you know them and so there’s a lot of nonverbal communication that happens. So I think on my part it’s more like kind of relearning that, the people around me and not knowing what I’m thinking, and so you have to communicate more and help more. It’s nothing I can’t handle.’’

Seahawks coach Pete Carroll could hardly contain his excitement Wednesday when he revealed that 90 of the team’s 91 players in camp are either vaccinated or have taken their first shot.

Carroll said he thinks that could be something of a competitive advantage for the Seahawks in avoiding any COVID-19 outbreaks on their team that could cost players games.

But intriguingly, Wagner said he didn’t think the Seahawks’ almost perfect percentage of vaccinations was a big deal and said some players may be feeling forced into getting it thanks to NFL protocols that mean unvaccinated players could be subject to fines and will have to abide by the league’s 2020 protocols such as daily testing.

“I think they’ve kind of blown that out of proportion in my opinion,’’ Wagner said. “I think there’s a lot of opinions on it.’’

Wagner said the NFL’s protocols were designed to force players to get it.

“They know ethically they can’t say to get the vaccine,’’ he said. “But they can say it without saying it. So that’s definitely what they did. They made sure that you know where their stance was. So a lot of the time the decision was taken out of guys’ hands. … A lot of guys I think made the decision in reaction to what the league did, which again I don’t know if that’s right. I think if we got the right information that everybody would make a good choice. But unfortunately we don’t have all the right information.’’