RENTON — When the Seahawks offense takes the field Saturday night in the preseason opener against the Raiders in Las Vegas, the starting left tackle is expected to be rookie Stone Forsythe.

And Forsythe could stay out there a while. The Seahawks have a shortage of available tackles and hope to get as much information as possible about a player who could figure heavily into the team’s long-term plans at one of the most important positions.

But when the regular season begins Sept. 12 at Indianapolis, the Seahawks have every confidence that veteran Duane Brown will be back manning left tackle as he has for all but four regular-season games the last three seasons. 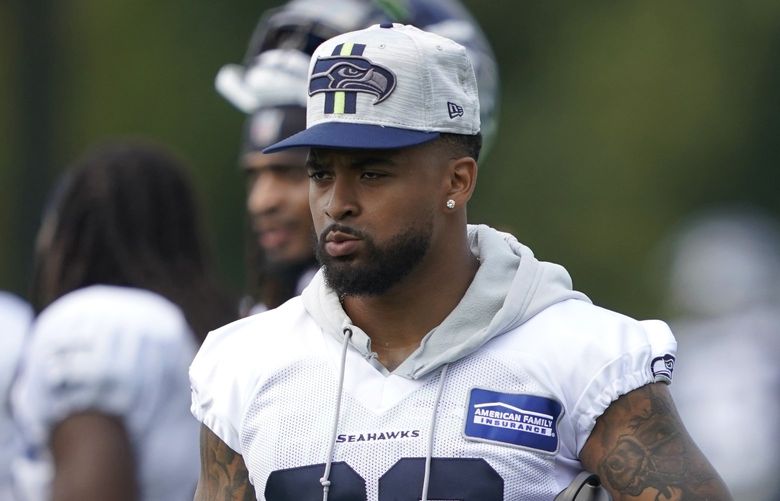 Seahawks ‘not budging’ on their final offer in contract talks with Jamal Adams, per sources

Brown is “holding in,’’ attending meetings and walk-throughs but not taking part in on-field workouts as he lobbies for a new contract.

But it continues to be one that sources indicate is falling mostly flat.

Sources have said the team is not in active negotiations with Brown, having told Brown they want to keep him but want to get through the 2021 season before addressing his contract situation.

Brown turns 36 on Aug. 30, and had knee surgery late in the 2019 season only to recover quickly enough to make it back in time to play in the divisional playoff loss at Green Bay three weeks later, something Carroll called, “an unbelievable thing.’’

But the knee issues are one reason Brown’s practice reps are heavily managed and have even led to some speculation in the offseasons since about how long Brown would continue to play.

That and Brown’s age undoubtedly weigh heavily in the Seahawks’ decision not to offer him a contract extension at this point.

And while Brown is “holding in’’ now, the Seahawks are banking that Brown won’t hold out once the season begins since he has $11.35 million riding on playing this year.

Brown has a $10 million base salary for this year — which players only get once they play in games — and also has another $1 million in roster bonuses ($58,823 for each game that he is active) as well as another $350,000 in incentives.

True, Brown did hold out while he was with Houston in 2017 and missed the first six games of the season, leading to his October trade to Seattle. But that holdout seemed designed in large part to get Brown traded to a new team that would give him a significant extension.

The Seahawks promised Brown one when the trade was made and came through with a three-year deal the following offseason worth $11.56 million per season — and included $16 million guaranteed — that made him the 10th highest-paid left tackle in the NFL at the time.

Brown has certainly earned all of that contract, if not more. He played all 16 regular-season games last season and allowed just two sacks in 1,048 snaps, via Pro Football Focus, which rated him as the fifth-best left tackle in the NFL.

To the Seahawks, the question isn’t Brown’s worth now but how much to commit to his future.

And with the salary cap in 2022 expected to still be lower than anticipated, due to COVID-19 related losses in revenues, every dollar counts. The Seahawks have roughly $45 million in available cap space for 2022 but also have to sign DK Metcalf to an extension this offseason that figures to make him among the highest-paid receivers in the NFL and will have to fit in a new contract for Jamal Adams.

Brown could point to the Rams signing Andrew Whitworth to a three-year, $30 million deal two years ago at age 38 as a precedent. But the structure of that contract is accurately viewed as a two-year deal, and Whitworth agreed to a restructure this offseason resulting in a $3 million pay cut for this season.

Jason Fitzgerald of OvertheCap.com noted this week that since 2013, only three other left tackles have played beyond Brown’s age — Whitworth, Jason Peters and Donald Penn.

As Fitzgerald wrote: “Working against Brown is that there is a question as to how much he would get in free agency.’’

Brown obviously knows that — undoubtedly one reason he’s using the leverage he has to angle for some security for the future, and an immediate raise. Via OvertheCap.com, Brown is the 16th-highest paid left tackle in the NFL this season, something many would argue makes him underpaid by comparison.

The assumption for much of the early part of camp was that the Seahawks would take care of Brown once they had a deal done with Adams. As of Thursday, the Seahawks and Adams remained locked in a standstill on his contract.

The thought the Seahawks would do something for Brown was based in part on Carroll’s comment in the spring when it was reported that Brown wanted a new deal that “he’s a big part of what we’re doing and we’re counting on him being with us and we’ll look down the road together and we’ll see what’s the right thing to do.’’

But over the last week it has become evident that “down the road’’ appears to mean after the 2021 season.

As he has throughout camp, Brown walked onto the field midway through Thursday’s practice to watch the rest.

Carroll said Brown will not play in the preseason (a statement that could be an olive branch to Brown, letting him know the team cares about him being ready once real games begin).

But coaches and teammates say Brown has been active as ever in walk-throughs and meetings.

“Duane has been awesome,’’ offensive line coach Mike Solari said. “He is working hard and really doing a nice job with the young guys. Doing a great job in the sense of insight and giving information to the young guys.’’

Some could argue Brown’s leverage has only increased in recent days.

First, Russell Wilson spoke candidly about the need to get something done with Brown following Sunday’s mock game, putting some pressure on the organization.

The Seahawks’ tackle depth has taken a hit. Jamarco Jones — who had been working with the starting unit in Brown’s place — has been sidelined with back spasms, and Cedric Ogbuehi, who can play both tackle spots, is dealing with a biceps strain that could have him out a few weeks.

That’s where things circle back to Forsythe. When the Seahawks gave up a seventh-round pick to move up nine spots to take him, the thought was he’d be a developmental player who’d need a year or two to contribute.

Forsythe has shown he may be readier to play than was thought, performing admirably in pass-rush drills, in particular. Forsythe played mostly in a two-point stance at Florida. The Seahawks will need to see how well he does in a three-point stance and in the running game, before deciding if he could be a factor this season.

“He’s really developing,’’ Solari said. “He’s really working hard. And Duane has done a great job with his leadership, teaching him how to do things right.’’

If Forsythe continues to develop, he could give the Seahawks that much more reason to worry about the future of their left tackle spot later, allowing them to play hardball with Brown now.