The second 17-game regular-season schedule in Seahawks history also features a history-making trip to Germany, games in four time zones and 29,446 air miles, the most in the NFL despite playing just eight road games (the entire AFC plays nine).

It also features two visits to Los Angeles and visits by each of the New York teams as well as reunions to begin and end the season with two of the most famous players in Seahawks history.

Here’s a quick look at each game. 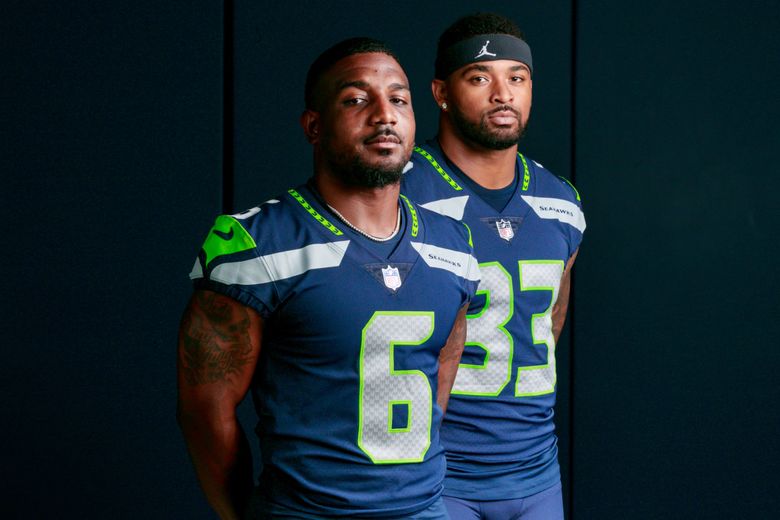 Has there ever been a Seahawks regular-season game so fraught with mixed emotions? How will Russell Wilson be received? Will the game only confirm the suspicion the Seahawks are in full rebuild mode this year or is there more to the master plan than evident at first sight? We’ll begin to find out on the first Monday night of the season.

The Seahawks have lost just once in seven games against the 49ers in Santa Clara. But coming off an emotion-laden Monday night and then heading on the road might make this game as tough to win as any Seattle has had in the Bay Area in some time.

After a tough two-game stretch to open the season, Seattle returns home for one of its most winnable games of the season against the Falcons and new QB Marcus Mariota.

If the Seahawks are 2-1 or better — hey it’s the time for optimism, right? — this becomes a really pivotal game to get on the road. But if Seattle is 1-2 or worse, then this becomes an absolute must-win to keep hope alive.

The third road game in four weeks for the Seahawks will see them face Jameis Winston for the third time in four years. Winston is 2-1 against Seattle with a 5-to-1 TD-to-interception ratio.

Kyler Murray is 1-1 in Seattle but didn’t play last season at Lumen when the Seahawks somehow lost to Colt McCoy for the second straight season.

Seattle’s first look at Justin Herbert, and first of two trips to SoFi Stadium in 2022. The Seahawks will likely have to win a shootout to prevail. But by this point, we’ll have a good idea if they are capable of that.

Along with the visit by Atlanta, this is maybe the most winnable game on Seattle’s schedule. But will new Giants coach Brian Daboll find a way to get something out of QB Daniel Jones?

Seattle returns to the scene of Wilson’s last game (and that of numerous other Seahawks legends such as Earl Thomas, Richard Sherman, Kam Chancellor and Cliff Avril) hoping to show there’s still life in a new era.

Seattle’s second game in the official international series (the other a win in London over the Raiders in 2018) and third out of the country (Seattle beat Buffalo in Toronto in 2012 when the Bills played a few home games there). Can the Seahawks get lucky and have Tom Brady take a little more personal time off for this one?

So this couldn’t have been a road game, huh? Anyway, who knows what the Raiders will be in 2022 — and by late November. This could be real winnable or the potential for an embarrassing home loss or just about everything in between.

Seattle’s first of two games against the defending World Champs and reuniting with Bobby Wagner. Not that Wagner will be looking forward to the game or anything …

Ah, yes, finally getting to play the Panthers again after a two-year hiatus from a seemingly annual series. And the Seahawks can see what they missed out on in Baker Mayfield.

Seattle’s one Thursday night comes with the intrigue of wondering if Trey Lance will have officially established himself by then, or will Jimmy G be back in the saddle?

The last time the Seahawks played on Christmas Eve in 2017, Earl Thomas asked Dallas to come get him. The Seahawks will hope this time not to gift-wrap too many yards and TDs to Patrick Mahomes, who figures to remember his loss in Seattle in 2018.

Former Seahawks assistant Robert Saleh returns to ring in the New Year for a game in which each team will have to defy expectations greatly for a lot of people not to instead tune out and sleep off the night before.

You’ll have to wait until the week of the game to know if Wagner’s return will be on a Saturday or Sunday. Seattle’s big quest? To make the game have more meaning than nostalgia.