Only once in the past five seasons has Seahawks coach Pete Carroll ever called me into his metaphorical office.

It  happened two Septembers ago, after I posted a column about the ostensible lack of discipline his star players receive after acting out. I’d asked him a couple of questions on the subject two days earlier — this in the wake of safety Earl Thomas skipping practices — and he assured me there were “consequences” that the media won’t ever hear about. He reiterated that to me when he pulled me aside the Friday before Seattle played the Cowboys in Week 4.

“We’re not going to spank the guys publicly,” he said.

And now I understand why. 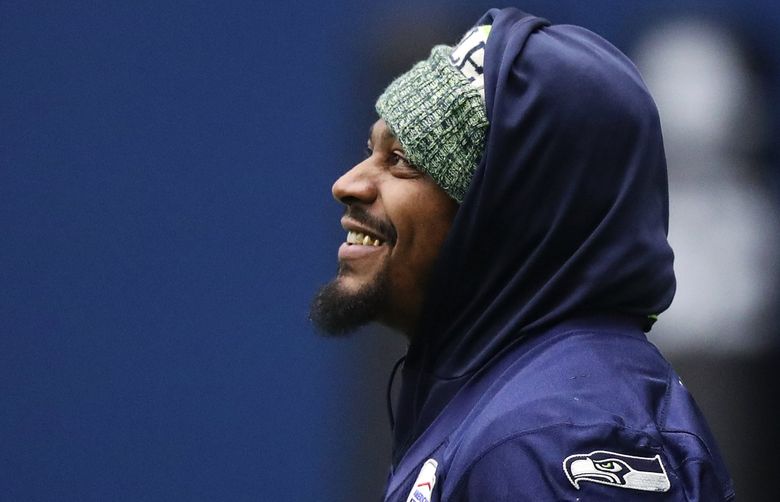 When Lynch missed the team bus before the Seahawks’ first-round playoff game in 2015, Carroll didn’t throw him under it. He didn’t seem to mind Lynch wearing Kam Chancellor’s jersey during his holdout that same season, or Lynch going on “The League” to parody the most infamous pass play in Super Bowl history, or Lynch rehabbing his sports hernia in Oakland instead of with the team.

Perhaps each of those incidents caused ear-steaming frustration, but there were no public quotes to confirm that, nor was there missed playing time.

Same goes for Richard Sherman.  In 2016, the former Seahawks cornerback had a pair of sideline blowups, then openly criticized the team’s decision to throw the ball from the 1. It was a clear case of insubordination, mixed with some indignation, and it could have easily prompted a public censure from Carroll. But that never happened. Sherman didn’t miss a down, either.

Perhaps the most egregious case of a player figuratively giving Carroll the finger came a couple weeks before he did it literally. Wanting a contract extension that he never received, the aforementioned Thomas skipped practices to protect his body. He wasn’t shy about explaining this to the media — telling reporters outright that he was putting his own interests first because he felt disrespected.

Carroll was still publicly supportive. Didn’t reprimand him in the press then, just like he didn’t when Thomas told Cowboys coach Jason Garrett to “come get me” the previous December. And even after Thomas flipped Carroll the bird while being carted off the field in his final game as a Seahawk, Pete said he was gonna love him anyway.

It wouldn’t be unfair to think that Carroll’s approach might be a sign of weakness. I wondered that myself in the column that preceded our conversation. But the alternative arguments are that A) we don’t know what happens behind closed doors, and B) in a league where star players earn far more than coaches, managing egos is priority one.

Not every coach takes this approach, of course. And some have been able to work with stars despite the most blistering of critiques. Phil Jackson, remember, wrote in his book that Kobe Bryant was uncoachable — then reunited with him to win two more championships.

But Carroll has chosen a different tactic, and seeing how he has made the playoffs in seven of the past eight seasons, it’s hard to criticize too intently.

Who knows what Lynch is going to do in his return. Perhaps his contributions will be negligible.

But it’s also possible he resembles his old Pro Bowl self and reels off a multitude of long runs. And if that happens, you can thank Carroll for playing the long game.