By
Nathan Joyce
The Seattle Times

There will be no unlimited hydroplane races on Lake Washington this summer. There will be no “five to the five” announced at Stan Sayres pits. No turbine engines spinning around the Ted Jones racecourse.

Seafair announced Wednesday it was canceling the races this year because of the coronavirus pandemic. Seafair said the decision came with guidance from local and state governments.

The races, called the HomeStreet Bank Cup this year, would have been July 31 through Aug. 2. Next year’s race will be Aug. 6-8, 2021. Seafair said it already has the Blue Angels confirmed for next year.

“We are deeply disappointed but together we will get through this emergency,” Seafair president and CEO Eric Corning said in a statement. “Events will be an important part of our recovery, and we look forward to working with our sponsorship partners, volunteers, and stakeholders to produce a festival with the Blue Angels, fireworks, pirates, clowns, parades, and all of the neighborhood community events. We will stay active in the community this summer to bring people together to celebrate online and in person, within the COVID-19 guidelines.”

This is the first year the races will not be held since they first came to Seattle in 1951.

“We are all disappointed that there will not be an unlimited hydroplane race in Seattle for the first time in almost 70 years,” H1 Unlimited chairman of the board Tim Austin said in a statement. “That said, H1 looks forward to being back at Seafair in 2021.” 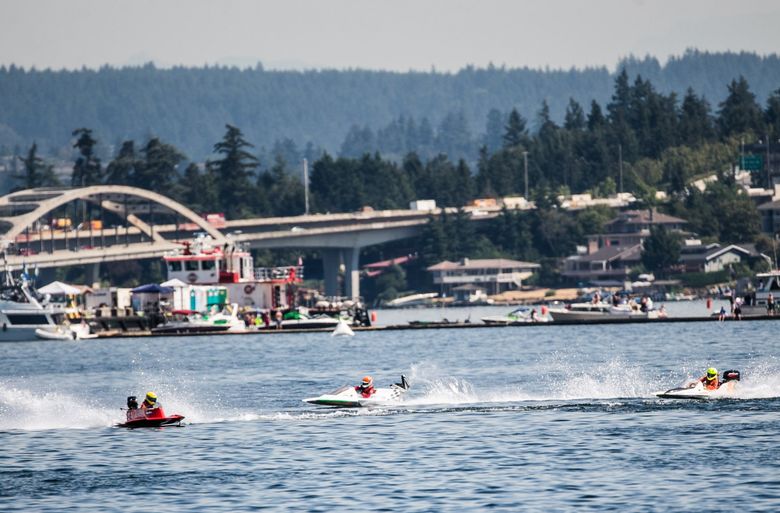 All major events at Seafair canceled

It’s seems likely there will be no unlimited hydroplane season.

Seafair is the third race, along with preseason testing, to be canceled in the wake of the pandemic. The Southern Cup in Guntersville, Alabama, was canceled in March and the Madison (Ind.) Regatta was canceled in April. Both said they will return next year.

The Columbia Cup in the Tri-Cities, scheduled for July 24-26, has not been canceled yet. The Tri-City Water Follies, which hosts the weekend festival, tweeted April 20 with the hashtags #Seeyouthissummer and #SaveTheDate.

The Water Follies tweeted Wednesday that a decision will be at its board of directors meeting June 1.

“Our thoughts are with our friends at SeaFair,” the organization tweeted. “They have cancelled all summer events including hydroplane racing. We are working closely with local community leaders to evaluate the current situation. A decision by June 1st will be made about our event in July.”

The Columbia Cup is held in Benton County, which was not one of the 10 counties Gov. Jay Inslee announced Tuesday could move to Phase 2 under new guidelines of the state’s reopening plan. Phase 4 needs to be reached before holding a gathering of more than 50 people.

The five-race season is set to conclude at the San Diego Bayfair on Sept. 18-20. California Gov. Gavin Newsom said last month that big events were “not in the cards” for the near future. But for now, H1 Unlimited is still planning to race.

J. Michael Kelly is the defending Seafair champ in the U-12 Graham Trucking, as he won last year after Jimmy Shane, in the U-6 HomeStreet Bank, was hit with a penalty that wasn’t announced until nearly an hour after the final heat. Shane went on to win his sixth national title, tying him for fourth on the sport’s all-time list.

“It does cost money to keep these things (boats) operational and without the revenue, it’s like any business,” said president of Miss Madison Racing Charlie Grooms, whose team runs the Miss HomeStreet. “It’s makes you say, ‘Whoa, wait a minute. What are you going to do?’ “

Seafair announced the following events won’t be held this year: