The Mariners’ pre-spring training luncheon traditionally is an opportunity to pump up the fan base with optimism and good vibes for the season to come.

Oh, there was plenty of optimism, all right. The good vibes were flowing. But as the ballclub embarks on Year 2 of its ambitious yet risky “stepback” project, it was all directed at that glorious point in the future when they hope their massive rebuilding effort jells.

The key word is “future.” The present? Well, uh, the kids are sure going to be exciting. 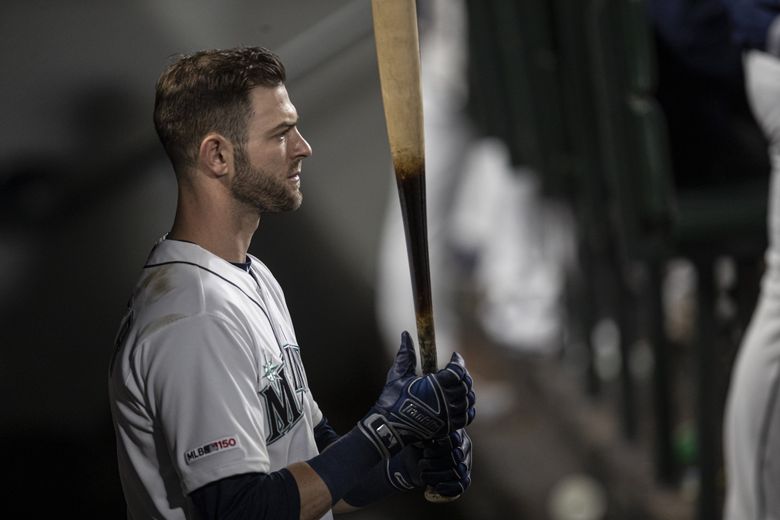 There was laudatory talk about the group of prospects upon which the ballclub is pinpointing its hopes and dreams — the bulk of whom are expected to make it to the majors this season. There was more explanation of why this plan, though painful in the short term, will be worth it when the payoff comes — a tough sell to a fan base that can fully expect a 19th consecutive season outside the playoffs.

That started with general manager Jerry Dipoto’s bombshell news drop halfway through his podium session, that right fielder Mitch Haniger had suffered a significant setback this week in his recovery from last year’s surgery for a ruptured testicle.

One of their few islands of stability amid a projected lineup of young players learning on the job, Haniger likely will require surgery to his abdominal core. That would knock him out of spring training and probably the early part of the season. Haniger was a very possible midseason trade chip, because the Mariners expect their two bluest-chip prospects, outfielders Julio Rodriguez and Jarred Kelenic, to motor their way to the big leagues and join Kyle Lewis in the outfield core of the future. Now that trade prospect is much more problematic.

The Mariners also were blunt in their acknowledgment that the 2020 season is not about playoff contention, but rather developing young players so the ballclub will be in position to compete next year. The Haniger injury puts even more of a damper on their chances to gussy up a win-loss record that, frankly, once again could approach triple digits in the latter category. They were 68-94 in 2019.

“We don’t think we’re likely to threaten for a playoff position this year,” Dipoto said. “We will measure our season based on the development of our young players.”

But if you want a takeaway from the luncheon that could serve as a rallying cry, there was this, after Dipoto pointed out that the Mariners have just three players making in excess of $3 million:

“We feel we have created a war chest that will allow us, when we feel the time is right — and it could be the trade deadline of 2020, it could be the offseason headed into ’21, or anywhere in that general region — we feel we have a combination of young talent and financial resources that are effectively saved to go out and do things that put the Mariners on the map and allow us to stay there.

“We want to contend in a sustainable way. It’s been our goal since we got here, and we have crafted a roster now that I think will allow that. It’s not likely to start in 2020.”

Manager Scott Servais later said the key to making this plan work at its current stage is discipline. That means weathering the inevitable painful moments that come with turning the lineup over to inexperienced rookies, rather than going for a quicker fix that might lead to a few more wins in 2020 but won’t pay long-term dividends.

This is, of course, a hugely critical juncture in the Mariners’ rebuild. It’s all predicated on the prospects panning out, which is far from a guarantee, no matter how much Baseball America gushes about the likes of Rodriguez, Kelenic and pitcher Logan Gilbert. No one knows this better than Seattle fans, who have seen many “can’t miss” prospects flame out.

This is the year the Mariners finally will push those players to the forefront, and we get a glimpse at how viable is their optimism. There aren’t any Jay Bruces, Edwin Encarnacions or Tim Beckhams around to block younger players while waiting for Dipoto to find a deal.

Dipoto, in fact, displayed the ultimate discipline this offseason by holstering his itchy trigger finger and pretty much sitting out the trade season.

The reason is that the Mariners don’t feel the need to churn through their roster any longer. They will turn over first base to Evan White, second base to Shed Long and left field to Kyle Lewis. Shortstop J.P. Crawford will get his first shot to be the starter for the entire year.

Justus Sheffield and maybe Justin Dunn will be in the rotation, with Gilbert likely to join them at some point in the year. The bullpen likely will be sprinkled with players out of the minor leagues.

Haniger’s injury opens the door to Jake Fraley to win the right-field job. And Dipoto didn’t completely shut the door to either Kelenic or Rodriguez making the team with a spectacular spring training — “in a very Ken Griffey Jr. 1989 sort of way.” The reference is to Griffey’s rookie season, when the Mariners were steadfast he needed more minor-league seasoning — until it became apparent in spring that he was already the best player on the team at age 19. That’s Rodriguez’s age; Kelenic is 20.

It probably won’t — and shouldn’t — happen, but it adds an element of intrigue to spring training. In two years, the Mariners have gone from having the oldest starting lineup in the American League to likely having the youngest. It could get even younger if Dipoto finds trade partners for Haniger or third baseman Kyle Seager.

That youth, with its foibles, is the curse for 2020, but also the element that will make this season compelling. It won’t come from the traditional elements that are extolled this time of year, such as contending for a title.

The Mariners insist that’s coming, too — which is why progress in 2020 is so vital. The tricky part, as spring training approaches, is that progress won’t necessarily be measured in the standings.