The winners of the American League West Division the past three seasons and 2017 World Series champions, the Astros seemed to lack weaknesses and showed no signs of regression thanks to a seemingly endless pipeline of talent in the organization. 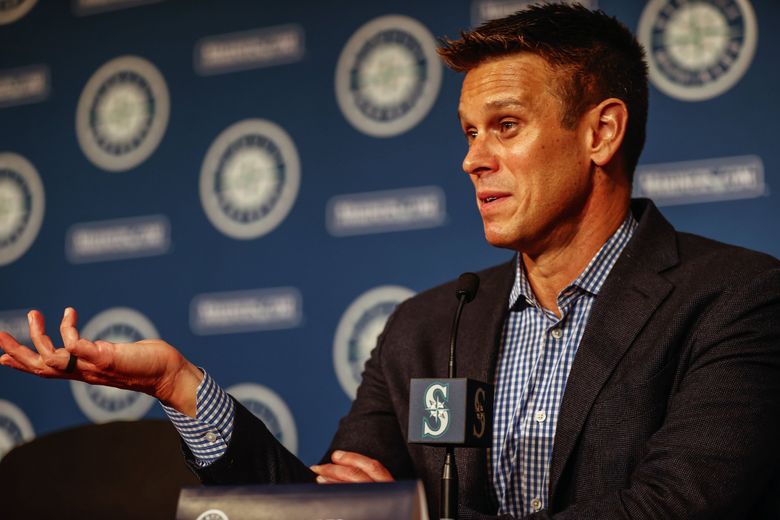 That’s why general manager Jerry Dipoto persuaded Mariners ownership that a “step back” plan to rebuild and restock talent was the only way to compete with Houston. If you can’t beat them with your old way — and the Mariners have rarely beaten the Astros over the past five seasons — then do it their way.

But envy and emulation has been replaced by irritation and disgust after the Astros were caught using a center-field camera, a video monitor by the dugout and a trash can to steal catchers’ signs at Minute Maid Park. The discovery resulted in suspensions, firings (general manager Jeff Luhnow and manager A.J. Hinch), a loss of draft picks, a $5 million fine and the disintegration of a once-respected reputation.

When the story broke early in the offseason, social media was flooded with videos with examples of the cheating, several showing Mariners pitchers giving up costly hits. That provided verification for what many Mariners players and coaches felt was happening for years in Houston. Several dropped hints of complaints off the record in past seasons, but none spoke on the record to specifics.

The Mariners’ season records at Minute Maid Park over the past five seasons:

Still, on Thursday at the team’s annual pre-spring training news conference, the Mariners weren’t looking to pile on to the criticism heaped on Houston.

“My take on it is, that’s the Astros’ story,” Dipoto said. “It’s unfortunate for baseball. It’s certainly a black eye. … But we are focused on our story. We have to look ahead and not behind. They are a great team regardless of whatever has happened over the last few years. … We don’t do it (cheat). I feel very confident that we’ve stayed above reproach. We will continue to do that. And that’s about all I have to say on that.”

Manager Scott Servais was asked if he’s “mad at the Astros.”

“I haven’t been asked that question that way before,” he said. “You know with what happened there, MLB stepped in. It’s unfortunate for baseball. For us to really comment on it or think a certain way, it doesn’t matter. It’s behind us. … We don’t control any of that. We control getting our team ready for spring training. … So I didn’t answer your question by design.”

While neither Dipoto nor Servais would comment much on the situation, pitcher Marco Gonzales, the leader of the rotation, wasn’t quite as controlled in his message. It was Gonzales that leveled accusations of sign stealing at the Red Sox after a start in 2018 at Fenway Park. The Red Sox are currently being investigated for sign stealing in that season by Major League Baseball.

“I’ve watched quite a bit,” Gonzales said. “Obviously anybody in the baseball world has been kind of shocked by this and kind of surprised. It’s easy for us to say that we haven’t been that surprised at what’s come out.

“The only thing that I want to say is that for a lot of guys, a big majority of guys in this game, we work our entire lives to play this game the right way, with integrity, with honesty, so it’s unfortunate that this brings such a poor light to our game and the players in it. But I have a firm belief that in this organization we do things the right way. We’ve created an honest culture and play the game with integrity and we’ll continue to do that and we’ll continue to beat other teams that don’t do it that way.”

Sam Carlson, the Mariners’ No. 12 prospect per MLB Pipeline, is expected to have a normal spring training and could start the season in the Arizona Rookie League, with short-season Everett or even Low-A West Virginia after missing the last two seasons with elbow issues.

Carlson, 21, was considered a second-round steal in 2017 out of Burnsville, Minnesota. His fastball touched the mid-90s and he had plenty of upside because of his athleticism and advanced off-speed pitches. However, elbow discomfort limited him to two outings in 2017 in the Arizona Rookie League.

After rehabbing the elbow back to full strength before the 2018 season, Carlson experienced a setback and was diagnosed with a torn ulnar collateral ligament, requiring surgery July 3, 2018. He rehabbed from the procedure all of last season and didn’t appear in a game.

“Completely healthy,” said Andy McKay, the Mariners’ director of player development. “Sam’s another one of our just wonderful kids that we’re super proud of with the way he’s gone at. He’s handled more adversity than you could ever predict for a player coming into his career.

” … We really began to understand the person and the work ethic and the maturity level because he’s done his job being in Peoria, rehabbing for this amount of time, well beyond his age. And those are all things that are really exciting and you hope carry over when he actually gets to compete, which most of us haven’t actually seen.”

Dipoto said the team could sign another starting pitcher and at least one reliever in the coming days. Seattle would prefer to add an experienced starter to compete with Justin Dunn for the No. 5 spot in the rotation. They’ll also look for at least one veteran arm, if not two, for a bullpen that will be largely inexperienced.

“It was a smaller pool than it was when we were at the winter meetings,” Dipoto said. “We expected that. There are couple of opportunities in front of us that could down in the next 48-72 hours or it could be next week. We’ve been, what has been to most people, shockingly patient in waiting for the right person on the right contract at the right time for the Mariners. But with those two positions, we are not just open minded to it, we would like to add a couple more players to give us some depth and stability in those areas.”