HOUSTON – As the Mariners and their ace and reigning American League Cy Young Award winner Robbie Ray were getting knocked around Minute Maid Park by the Astros on Friday night, Jerry Dipoto, the president of baseball operations and consummate deal maker, was in the process of adding another ace to his team’s starting rotation.

MLB sources confirmed mid-game that the Mariners had finalized a trade to acquire right-handed pitcher Luis Castillo of the Reds, the top starting pitcher available on the trade market in exchange for four prospects: infielders Noelvi Marte and Edwin Arroyo and right-handed pitchers Andrew Moore and Levi Stoudt.

The trade was officially announced about an hour later.

“We see Luis Castillo as an impact, top of the rotation starter who’s currently on top of his game,” Dipoto said in a statement. “Our goal remains to play in the postseason, now and in the years to come. We believe adding Luis is a big step in that direction.” 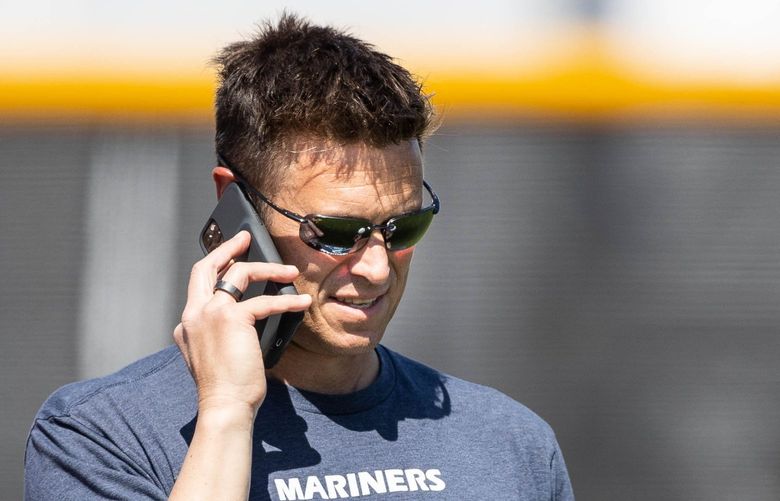 The Mariners got a huge boost with Luis Castillo. Here’s why they need to do more.

Castillo, 29, has made 14 starts for the Reds this season, posting a 4–4 record with a 2.86 earned-run average (27 ER, 85.0 innings pitched) with 28 walks and 90 strikeouts while being named to the National League All-Star team for the second time in his career with the other coming in 2019.

Dipoto made it clear on his weekly radio show and in other conversations that the priority was adding a front-line starting pitcher to bolster the top of the rotation. Castillo, whose nickname is La Piedra (The Rock), has that sort of ability and he will be under team control for the 2023 season as well.

“He’s the best,” said outfielder Jesse Winker, who played with Castillo in Cincinnati. “He’s special. And he’s gonna fit in great here, obviously. We have some outstanding pitchers here already and he’s just gonna come in and be great.”

Beyond the numbers, what makes him so good?

“He’s done that while pitching in Great American Ballpark,” Winker said of Castillo’s success. “He’s elite. I think that’s the easiest way to describe him. And he’s only getting better. He’s always gotten better year after year after year. It’s another guy that we have that sky’s the limit for and I’m excited that he’s here.”

The pursuit of Castillo actually started in November 2021 at the MLB GM meetings in Carlsbad, California. The Reds made it known that they would start a rebuilding plan and established players were available. Seattle started making inquiries with the Reds leading up to the Dec. 2 lockout. When the lockout ended and the offseason resumed during spring training, Dipoto re-engaged with the Reds about Castillo while acquiring Winker and Eugenio Suarez. After not getting a deal for Castillo in spring, Dipoto remain dogged in his pursuit, contacting Reds GM Nick Krall again in June and continuing the discussions. 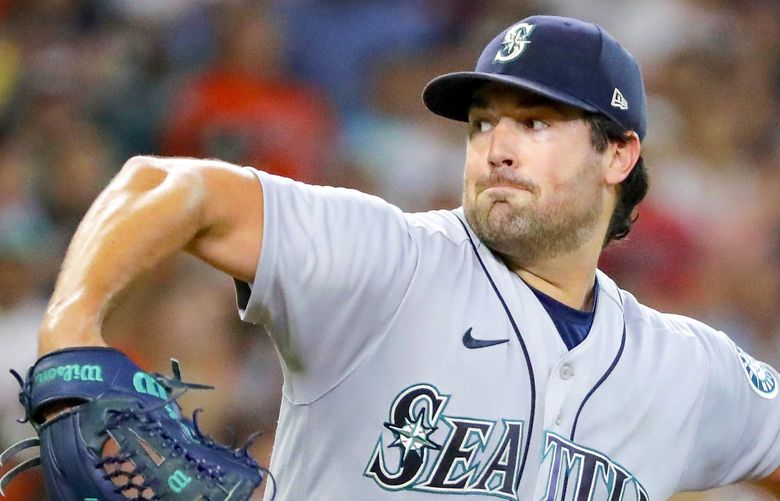 Robbie Ray struggles against Astros again as they win fifth straight vs. Mariners

“We’ve always remained tethered to Castillo throughout,” Dipoto said. “We think he is one of the best pitchers in the league … and we wanted to be in play should that happen.”

Per Baseball America’s Top 30 prospect rankings for the Mariners organization, Marte and Arroyo were ranked No. 1 and 2 in the Mariners farm system while Stoudt was No. 10 and Moore was No. 26.

Asked about how much it hurt giving up the talent, Dipoto was blunt.

“I could use something more aggressive than hurts,” he said. “Ultimately, we knew that there would come a time where we felt like it was our time to take a step forward. And this is why you build stronger, deep organizations. The talent that these guys bring to the table allowed us to go out and get what we thought was the top pitcher on the market. In the end, we felt like Luis Castillo was the appropriate target to pour it out like we did.”

Marte, 20, was hitting .275 with 19 doubles, 15 home runs, 55 RBI, 43 walks and 13 stolen bases in 85 games with High-A Everett in 2022. While he is still playing shortstop, it was understood that he projected more as a left fielder at the MLB level due to arm strength and speed.