The Mariners added another power arm to their vastly improved farm system that already featured a wealth of pitching talent.

With the No. 6 overall pick in Wednesday’s Major League Baseball draft, the Mariners selected right-handed pitcher Emerson Hancock out of the University of Georgia. 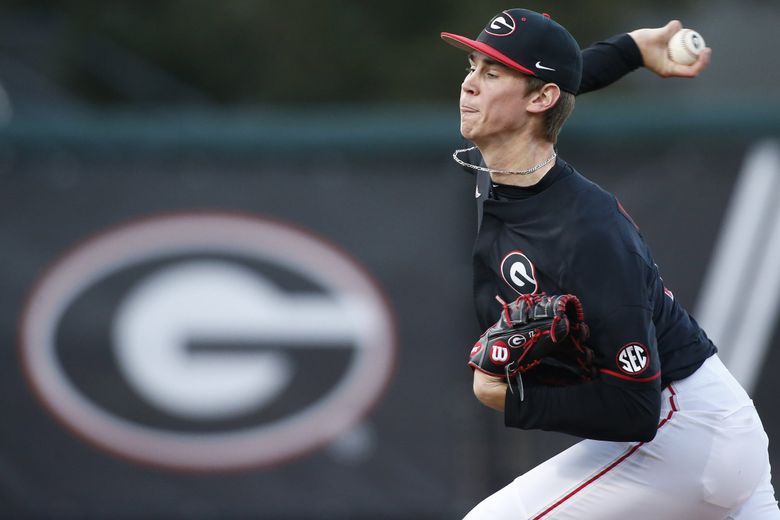 “Emerson is a 6-foot-4, 215-pound power arm with 4 plus-pitches and plus-command,” Hunter said in a news release. “His combination of stuff, strike-throwing and size profiles him as a true top-of-the-rotation starter. We feel very fortunate to have the opportunity to select such a special talent with the sixth pick.”

In the days leading up to the MLB draft, Hunter discussed the likelihood of taking another college pitcher in a draft that was considered to have the deepest collection of college-pitching talent in 20 years.

“With a shortened draft, the first three picks, you go for the highest-end player,” Hunter said. “If you have a plethora of arms in your system, no one has ever been hurt by having too much pitching. So we’ll take the best player available that we think has the most impact for the Seattle Mariners.”

The skinny: In the spring of 2019, Hancock, who just turned 21, was the most dominant pitcher in college baseball. He dominated the SEC for the Bulldogs and most scouts and analysts believed he would be the first overall pick in the 2020 draft. A minor lat strain did keep him out for two weeks. He still made a total of 14 starts, posting an 8-3 record with a 1.99 ERA, which was the eighth-best ERA in school history. He threw a total of 90 1/3 innings and struck out 97 batters with just 18 walks. Opponents batted just .185 against him. In 14 starts, he allowed one run or fewer nine times.

His stock took an unexpected fall with a “shaky” start to the shortened 2020 season. In four outings he went 2-0 with a 2.75 ERA, including 34 strikeouts and just three walks in 24 innings. But his first outing of the year, he allowed six runs on nine hits to Richmond in four innings. In his third outing against Georgia Tech, he gave up four runs on eight hits in 5 2/3 innings but did strike out 10 batters. In his other two starts against Santa Clara and UMass, he threw a combined 14 1/3 shutout innings with 20 strikeouts.

Over three seasons at Georgia, Hancock pitched 192 innings and struck out 206 with just 55 walks. He fits the “Control the zone” philosophy the Mariners preach.

He has a fastball that touches 99 mph and sits around 95 mph. His change-up might be his best secondary pitch to go with a curveball and slider.