Something is brewing in Seattle.

After dropping two of three to the Texas Rangers (who fired their manager the day after winning the series over Seattle), the Mariners broke a 2-2 tie in the ninth against the Angels, scoring four runs for a 6-2 win on Monday night.

It was a wild ninth inning, but those kind of games seem to be the Mariners’ bread and butter.

Chaos ball is here to stay in Seattle, and the nation has taken notice. Here’s where the Mariners stand in the latest power rankings. 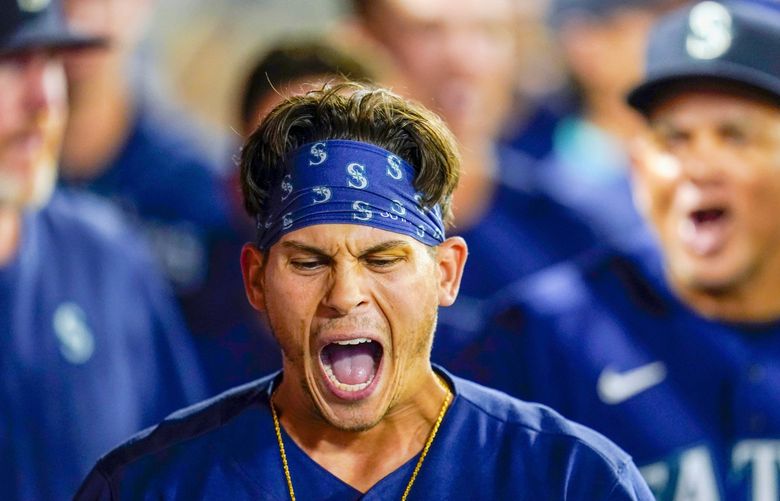 Luis Castillo struck out nine batters over six sharp innings and Jesse Winker went 2-for-5 with two RBI and two runs scored in the Mariners’ 6-2 win at Anaheim on Monday night. Castillo now has a 2.18 ERA, 0.97 WHIP, and 24/6 K/BB ratio in 20 2/3 innings (three starts) since being acquired from the Reds ahead of this year’s trade deadline. Winker, also formerly of the Reds, boasts a 1.031 OPS over his last 51 plate appearances. Seattle is currently in command of the top AL Wild Card spot.

Going by opposing winning percentage, the Mariners have the single easiest remaining schedule in all of baseball. Quite simply, the coast should be clear for a home playoff series. Man, that would be fun. The place would be rocking.

The Mariners took two of three from the New York Yankees last week before dropping two of three against the Rangers in Texas over the weekend. Slugger Mitch Haniger has gone 12-for-30 with a 1.004 OPS in eight games since returning from a high ankle sprain that cost him 88 games.

The Mariners are once again outplaying their run differential, though it’s not nearly as extreme as last year. I’m not sure casual baseball fans have heard of any of their pitchers except for Cy Young winner Robbie Ray and new guy Luis Castillo (though fans should get up to speed on some of them). Mitch Haniger is back and bringing some welcome offensive production to right field. The team just won a thriller against the Yankees, and did it with a clutch hit from a player (Luis Torrens) who was days away from being designated for assignment. I don’t know what it is, but there just seems to be some sort of special sauce up there in Seattle, and this season has felt more and more sustainable as the year has gone on. FanGraphs says they’re close to being a lock to make the postseason. Seems like the kind of team that’s easy to dismiss until you actually pay attention.

The Mariners are an MLB-best 27-14 (.659) in one-run games this season. Their bullpen has been lights-out, and their rotation, led by Luis Castillo, is going to be a problem for opposing teams down the stretch. I’m a big believer in this Mariners team. I think they can match up well with just about anyone come playoff time, thanks to the three guys at the top of the rotation: Robbie Ray, Logan Gilbert and Castillo.

George Kirby has a 2.18 ERA with 24 strikeouts and only three walks in his last four starts.

86.4% — FanGraphs, which gives the Mariners a 3.4% chance of winning the World Series

82% — FiveThirtyEight, which gives the Mariners a 2% chance of winning the World Series