They played Kanye West’s “Good Life” and Rihanna’s “Don’t Stop the Music.” They blared Macklemore’s “Can’t Hold Us” and Drake’s “Fair Trade,” too.

A midgame poll asked whether the next tune should be “Danger Zone,” “Hip Hop Hooray,” or “Run up that Hill.” But the song that never came through the T-Mobile Park speakers would have been the most appropriate of all — “Help!”

That hit from those lads from Liverpool encapsulates what the Mariners need right now — something that, unfortunately for them, isn’t coming anytime soon. Shut out for the second time in four games Wednesday, the squad that ranks 25th in MLB in runs scored is desperate for another bat but appears far away from finding it. 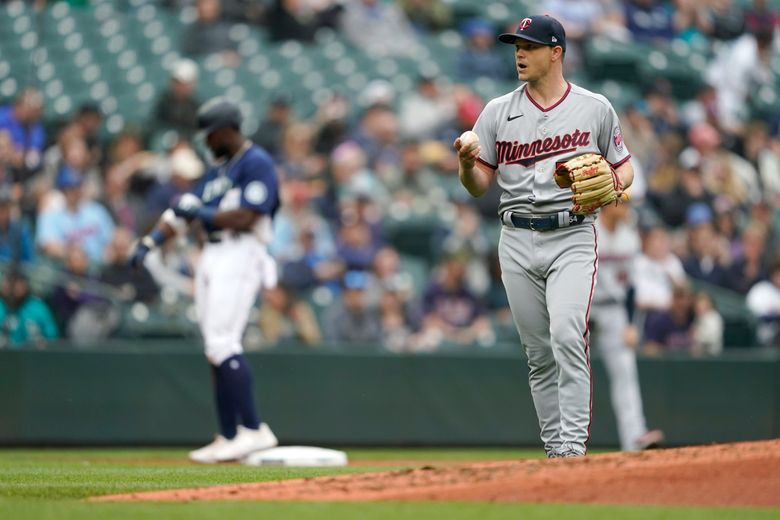 Mariners shut out by Twins as bats once again go cold

Mitch Haniger, the Mariners’ most productive hitter over the past few years when healthy, isn’t expected to come back until at least mid-July. Kyle Lewis, the 2020 American League Rookie of the Year, suffered a concussion late last month and will have to do a rehab stint before returning to the lineup.

As for the 2021 All-Stars acquired in the offseason? Outfielder Jesse Winker is hitting .215 with an OPS of .636 — more than .300 points lower than last season. It’s been even worse for second baseman Adam Frazier, whose OPS of .602 is bar none the worst of his career. The Mariners (28-35) have been forced to rely on the likes of Ty France, J.P. Crawford (out Wednesday because of food poisoning) and a recently slumping Julio Rodriguez (4 for his last 28) for offensive production. It isn’t going well.

The Mariners’ last nine losses have come in games in which they’ve scored three runs or fewer. Their past three losses have come after pitchers Robbie Ray, Chris Flexen and Marco Gonzales have delivered brilliant, or at least quality, starts.

It’s not a mound thing with this club. It’s a batter’s box thing. So 63 games in, with the cavalry out because of injury, is there any hope?

“I see hope in the fact that we have a lot of opportunities, we have a lot of people on base. For a team that doesn’t have a very high batting average, we find a way to get on base. So we have chances,” said Mariners manager Scott Servais, whose team fell to the Twins 5-0 Wednesday, marking its third loss in four games.

“I’d be more worried if we were not creating any opportunities at all, and we were just getting it shoved on us, but you do have to hit with runners in scoring position.”

This may sound like spin, and you can interpret it that way if you want. But it is true that the M’s lead Major League Baseball with a whopping 7.51 runners left on base per game. But when there are only a handful of players who can bring those base runners across home plate, they are going to remain stranded — as six of them did Wednesday.

This tune is just becoming all too familiar. The stories are becoming redundant. No offense, no surge up the standings — no indication that fans will finally be relieved of this 21-year playoff drought.

Gonzales addressed the media after an afternoon in which he allowed one run (Paul Sewald gave up the run-scoring single) in 6 2/3 innings. A reporter asked whether he was frustrated that the offense was squandering such quality outings.

He said no — lauding the amount of talent he sees on the team and asserting that it is cut out to go on a winning streak.

“I think every team, at any point in the season, goes through lulls, multiple lulls, and multiple stretches where you find your identity during those times,” Gonzales said. “My hope is that through our struggles in May, dropping a couple of series back-to-back, I hope our identity starts to come out a little bit more.”

But what if this is the Mariners’ identity? It has been after every winning season since 2007. Not once in the past 15 years have the Mariners finished above .500 after doing so the previous year, and after going 90-72 in 2021, they look primed to keep that loathsome streak going.

Those hits aren’t coming. They haven’t been coming all year.