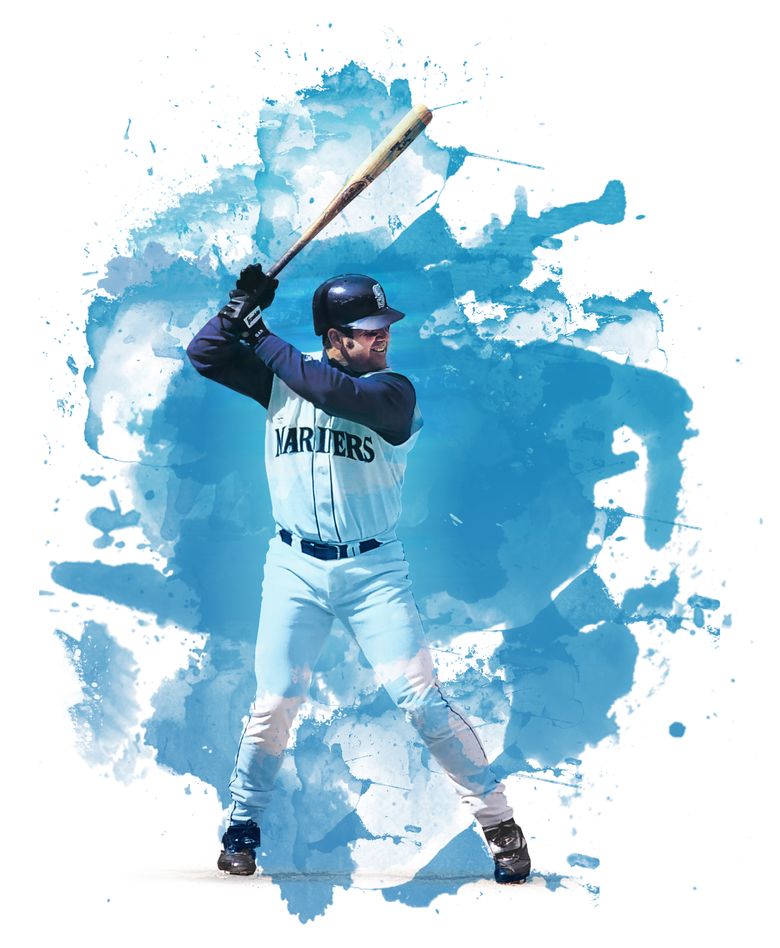 It’s a mystery whether Edgar Martinez will reach the necessary 75 percent of votes Wednesday in his ninth appearance on the Baseball Hall of Fame ballot. Every attempt to crunch the numbers has revealed one fundamental truth: It’s going to be excruciatingly close for the Mariners great.

The Martinezes plan to spend Wednesday just like any other day. Edgar has a speaking engagement in the morning, then will return home and work out. His wife Holli will go to work as usual. Their two daughters will head off to school.

“I don’t plan to change anything,” Edgar said.

But it’s not just any other day. It’s one during which, just possibly, Edgar Martinez’s life would be changed forever by a phone call from Jack O’Connell, secretary-treasurer of the Baseball Writers Association of America. O’Connell is the one who informs new members of the Hall of Fame that they have earned entry into baseball’s most sacred club.

For Martinez, it’s a genuine mystery whether he will reach the necessary 75 percent of BBWAA votes in his ninth, and penultimate, appearance on the ballot. Every attempt to crunch the numbers based on revealed ballots and past voting trends has revealed one fundamental truth: It’s going to be excruciatingly close for Edgar, one way or the other.

But that’s extraordinarily good news for Martinez, who just four years ago despaired of his chances to ever reach Cooperstown. His vote total plummeted from 35.9 percent to 25.2, and it seemed that Martinez’s unique package of statistical achievements was being irrevocably undermined by a crowded ballot as well as bias against designated hitters.

“Instead of moving in the right direction, it was moving backward,” Martinez said. “I didn’t have an expectation it was ever going to happen.”

Since then, Martinez has made remarkable strides — a modest gain to 27 percent in 2015, then 43.4 percent in 2016 and 58.6 percent last year. He now sits at 80.4 percent of the 199 public ballots compiled by Ryan Thibodaux on his indispensable Hall of Fame ballot tracker — about 46.9 percent of the expected 428 ballots to be cast.

While Edgar and Holli are well aware of trends that show his support has dropped among voters who don’t disclose their ballot before the announcement (or ever), the Martinezes have allowed themselves a modicum of optimism.

“A lot has changed in the last couple of years,” Holli said. “We never really thought it was a reality. This is the first year Edgar and I looked at each other and said, ‘This actually might happen.’ ”

It would be out of character, of course, for Martinez to be giddy with anticipation. He told me he wouldn’t be surprised if he fell just short of 75 percent this year. No one, not even his wife, knows how much of Edgar’s stoic demeanor would crumble should the fateful call come.

“If and when it happens, that’s when we’ll really see what’s there,” Holli said. “Remember those signs at the ballpark in the 1990s that said, ‘Steady Eddie’ — that’s him. He’s not going to stress about things outside of his control.

“Edgar’s brain is always working. He’s such a thinker — that’s something I value in him. He’s not going to waste energy. We’re both going to treat that day as normal. If he gets the call, I’ll come home and we’ll get on a plane to New York. Until then, we have to proceed with business as usual.”

When I asked Edgar if he checks Thibodaux’s Twitter account or website for updates on his status or to see if any new ballots have been posted, he laughed and said, “Holli tells me about it.”

Yes, Holli acknowledged, she’s the one who’s more diligent about keeping up with the vote totals. She throws out kudos to Thibodaux and the “untapped market” he’s discovered by soliciting and tracking down votes in real time, rather than merely waiting until the announcement.

The Oakland-based Thibodaux has experienced the Martinez passion first-hand — as has every writer who feels the scorn of Mariners fans when they post a ballot that doesn’t contain his name. Thibodaux says that of all the feedback he receives, “it’s probably half Edgar and half everybody else.”

Thibodaux studies this stuff as much as anyone and admits, “I don’t have a sense which way it might go. I think it’s going to be really, really close. I’ve been doing this the last five years or so, and it seems like more players end up just short than end up just over the line.”

The good news for Edgar is that even if he finishes in the 70-percent range, he would be poised to sail into Cooperstown next year in his final year on the ballot. The more immediate troubling news is that last year, he dropped seven percent from the public ballots to his actual total. A similar drop would leave him falling just short — agonizingly so. On the other hand, Thibodaux points out that “there’s a lot of minds to change, and I wouldn’t be surprised if just enough of them did change their mind.”

Here’s more fuel: Two other analysts who have painstakingly studied voting trends have Edgar just barely on either side of the 75-percent line in their predictions: Nathaniel Rakic on Friday projected Martinez at 75.4 percent of the final vote; Jason Sarsdell of @sarsdell had him projected at 74 percent, with a 21 percent election probability.

In other words, who knows? Certainly not Edgar, who says in true Steady Eddie fashion, “I think the fact it’s a guess at the end makes it more interesting to try to predict.”

Martinez added that he “feels pretty normal. I’m sure I’ll probably get more excited about it as it gets closer. But I’ve gone through this often enough that I’ve learned not to pay much attention to it. The last two years have made the probability better than ever before. I need to pay a little more attention, I guess.”

Others are making sure that tuning out is getting harder and harder.

“People are talking to us all the time, sending us text messages — ‘Have you seen this ballot? Are you watching Ryan’s vote tracker?’ ” Holli said with a laugh. “There’s no way to avoid it, which is fine. When you start to think what it would mean for the city, the fans and the ballclub if he gets in, it grounds you.

“When Edgar played, he just concentrated on doing his work. That (the Hall of Fame) was never something we talked about. It wasn’t his aspiration. He wanted that World Series; that’s what he wanted. He still wants it.”

Martinez is certainly gratified by the Mariners’ efforts to spread the word of his accomplishments to voters, and for the numerous and growing number of advocates extolling his virtues online. Both have been undeniably influential in the steady rise of his vote totals. When Martinez reads about his statistical brilliance, especially the more esoteric stats such as Wins Above Replacement, he is as blown away as anyone.

“There’s so much information I didn’t even know,” he said with a laugh. “I’m amazed how some of these writers figured this stuff out.”

When I asked him what is his favorite Edgar Martinez stat, he pondered and said, “I guess for me, it’s on-base percentage and average. They go hand-in-hand together. I always wanted a high average, and I wanted to be on base.”

His .312 career average and .418 OBP, combined with a .515 slugging percentage, makes Martinez one of just 14 players in history with a career slash line over .310/.410/.510. Nine of the other 13 are in the Hall of Fame, and one (Joey Votto) is still active. That’s one of a multitude of Martinez achievements that could result in the coveted phone call Wednesday — or a year down the road.

Martinez, naturally, doesn’t want to think that way. He says, and means it, that he has not even thought about how he would react Wednesday if the news is favorable.

“I guess there would be plenty of time before July (when the induction ceremony takes place in Cooperstown),” he mused. “If it happens, it would be time to plan.”