PEORIA, Ariz. — “You understood what I was saying, right?”

A few hours after he met with the media on his first day back in Mariners camp, Dee Gordon wanted to make sure his words weren’t misconstrued.

Gordon had referenced Portland Trail Blazers point guard Damian Lillard’s do-it-all, me-against-the-world mindset and the “trash team” he plays on, with Gordon saying it’s the same for him. He then tried to clarify that comparison minutes after his first media scrum, which sort of helped … a little.

“Sometimes people don’t get what I mean when I say stuff,” he said. “It was about me.” 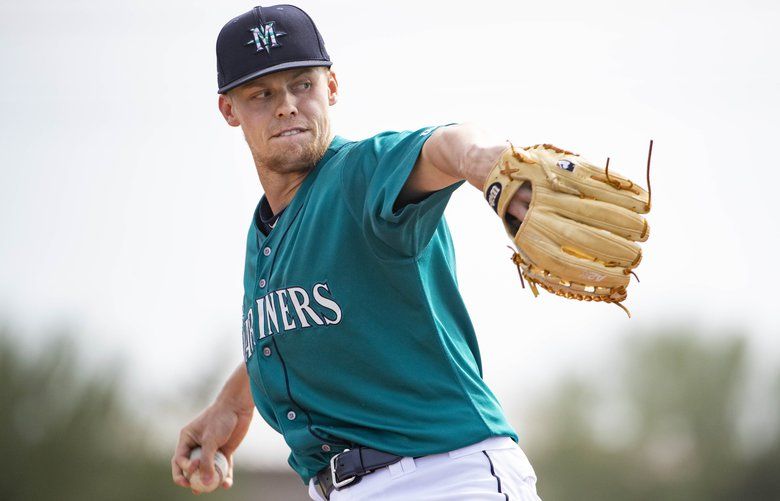 Waiting patiently for his round of swings in batting practice, Gordon wanted some reassurance people understood that what he said earlier was more of a criticism of himself and his attitude than the Mariners and his situation.

He entered spring training a few days late after waiting for the birth of his daughter, Demi.

“It was awesome,” the first-time father said. “My wife handled it like a beast and I’m just thankful she did because I know I couldn’t.”

He also reports as a player who has lost his starting second-base spot due to age, injury-sapped production and the team’s philosophical direction moving forward, which doesn’t really include him.

“What I’m going to do is I’m going to play hard and lead by example,” he said. “If you can’t follow my example, you don’t need to be in the locker room. Simple.”

The mindset may be simple, but he is far from it.

Engaged and outgoing at times, enigmatic and detached at others, Gordon’s personality is complicated. Sometimes what he says — or doesn’t say — makes things difficult. There are layers to his comments and to his brooding silence.

Admittedly, he wants to control the perception of him as a player and a person to outsiders. He lets few people completely in, and others see partial glimpses. Unfortunately for Gordon, he’s bad at hiding those emotions at his most vulnerable of times, like when he’s hurt or not playing.

In the final year of his big-league contract and with the Mariners invested in a rebuild that includes generating experience for young players with controllable contracts, Gordon’s projected role is as a backup infielder. Shed Long Jr., his close friend, has been given the starting spot. Gordon will back up Long and, occasionally, shortstop J.P. Crawford and possibly play in the outfield.

However, Gordon won’t allow himself to think that way.

Realistically, there isn’t a competition for the starting spot at second base. No matter how well Gordon plays this spring, barring a drastic issue, Long will be the opening day starter.

Gordon doesn’t try to comprehend that decision, which goes against everything he’s known in baseball.

“I’ve never walked in a locker room where young guys have positions, you know what I’m saying?” he said. “They need to take advantage of this and be grateful for it. It just doesn’t happen very often for young players who aren’t proven.”

It never happened for him when he was coming up with Dodgers. His status as a prospect never mattered. He understood that his position wasn’t a given, mentioning the time L.A. acquired Hanley Ramirez in 2012 to replace Gordon at shortstop and that he was forced to beat out Alex Guerrero in 2014 for the starting spot at second.

“I had to earn it every year,” he said. “Look at me and how I’m built; I was never that guy who was supposed to make it or have it given to him.”

Of course, the Dodgers have rarely been in a rebuilding situation quite like this.

“This is a different organization,” Gordon admitted. “It’s just different. I don’t think (the young players) are going to be able to grasp it because they’re giving it to them. We’ll have to see what they’re going to do with it.”

But to Gordon, it’s less about the young players around him and what they’ve been given — it’s more about the player he’s become.

In the final months of two frustrating, substandard seasons with the Mariners, he felt he had lost his way. He realized he was no longer the competitor he’d been in seasons past with the Marlins and Dodgers.

No, his own mindset was to blame.

“I lost myself the last few years, and my tenacity is back,” he said.

His self-reflection wasn’t enjoyable. He’d become like some of those players he’d always despised when he was fighting to establish himself — complacent and satisfied.

It not that he wasn’t trying. It’s that he wasn’t grinding. There’s a difference to Gordon. Grinding, an oft-referenced baseball term about a player’s nonstop effort, is what got him to the big leagues and helped him find success.

“I was just floating through the end of last year just to get to the offseason,” he said. “I wasn’t in the greatest spot mentally; it’s just baseball now.”

That’s an unacceptable attitude he takes responsibility for and promises will change.

“Anything that ever happened these few years has been on me,” he said. “And it takes a strong man to look in the mirror. That’s how I feel. But it ain’t going to be on me no more.”

The best scenario for Gordon and the Mariners would be for him to play well this spring and early in the season, so they can trade him to a team in need of a second baseman because of injury or poor performance. Seattle would certainly have to eat some of the $14-plus million he’s owed, adding to the total of $40 million being paid to players on other rosters. That still would be the best for all involved.

Gordon can’t control his value beyond his own performance and attitude.