PEORIA, Ariz. – You can see them together virtually every desert morning, Shed Long and Perry Hill, working on whatever quirky drill the 67-year-old zen master of the infield has devised.

Long, the Mariners’ second-baseman designate, is Hill’s pet project this year, much as shortstop J.P. Crawford was last year. And as manager Scott Servais said, “Perry has a track record, and he hasn’t failed on too many guys. You’ll see improvement with Shed defensively.”

It’s a regimen that Long eagerly embraces, much to the delight of Hill, whose work molding infielders, many of whom become Gold Glovers, is legendary in the industry.

“You have to chase Shed off,” Hill said admiringly. “Matter of fact, if you schedule somebody else, he’ll be out in the background like a little kid — like, ‘If you finish early with him, can I go?’” 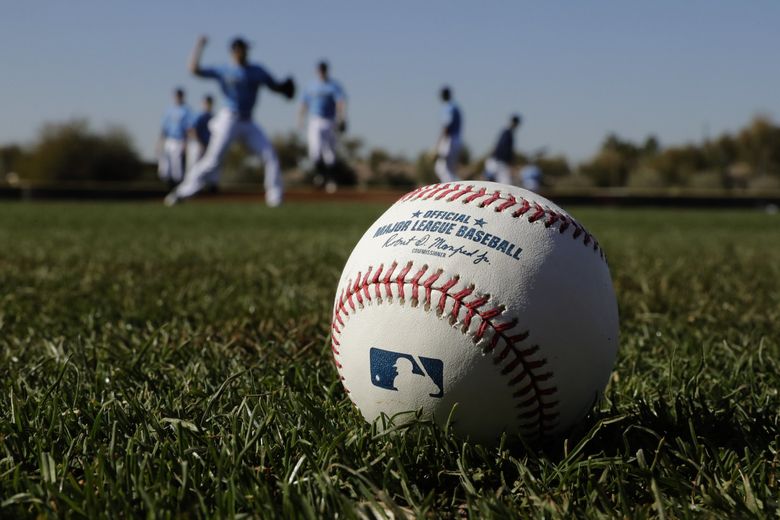 At age 24, after seven seasons mostly in the minors, this is Long’s moment in time, and he knows it. He plans to do everything he can to maximize it, because in baseball, sometimes you don’t get another chance.

Mesmerized by Long’s bat, the Mariners decided to scrap last year’s experiment of moving him around the diamond – he played third base and left field in addition to second – and install him as the ballclub’s every-day second baseman.

“It’s a dream come true, honestly,” Long said. “I’ve worked hard and feel like I’ve done the things I need to do to be prepared. Now it’s just time to go, let my ability take over.”

Called up on May 10, 2019, for the first of his three stints with Seattle, Long hit .263 in 42 games, with five homers, a .454 slugging percentage and .333 on-base percentage. But the Mariners were especially thrilled to see what happened in September when they installed him as the leadoff man for 17 games – a. 296 average and a .863 OPS (on-base plus slugging), with three homers, a triple and five doubles.

You can fully expect the Mariners to start the 2020 season with Long back at leadoff, though the manager says the batting order is in flux. Servais likes the idea of having some pop at the top of the order, and also from a position, second base, that has some big-time run producers around the majors. The Mariners have raved about Long’s dynamic bat from virtually the moment they acquired him from the Yankees (via Cincinnati) in January 2019.

“He can hit. It’s a different kind of bat,” Servais said. “You just go watch batting practice and it sounds different. The ball jumps off the bat. It’s power all over the field. He drives the ball to the gaps. It’s a real threat, certainly at the top of the lineup. If the lineup flips over and he’s at the top, it’s nice.”

Said Long: “I love leadoff. I love setting the tone of the game. I’m a natural leader, so leading off appeals to me.”

Long, however, takes slight umbrage at the notion that he’s strictly an offensive player, with the implication that he could be a defensive liability.

“I can hit, but I think I’m good on defense as well,” he said. “There’s always something said about it, but I mean, go back and look at the numbers, and tell me where the problem is.”

Long made two errors in 24 games at second base with Seattle last year, and a .973 fielding percentage in 427 games there in the minors. That doesn’t mean he can’t get better, and that’s what the morning sessions with Hill are about.

Servais said he has communicated to Long the areas they want him to work on, especially being more consistent on double plays. And Long, in turn, loves soaking up the expertise of Hill, whose Gold Glove-winning pupils in a 25-year coaching career in the majors include first baseman Derrek Lee, second baseman Luis Castillo (three of them) and the man Long is replacing, Dee Gordon.

“Man, we work on everything,” Long said. “We talk so much about having a foundation when you’re fielding a ground ball. The early work every day is reiterating our foundation, where we have to start from, the fundamentals, the beginning of fielding a ground ball. And doing what you need to do to do it right. The early work every day is huge, for sure.”

Just as it was in 2019 for Crawford, whose defensive improvement was vast – and also for Long, who got his first taste of the coach in last year’s spring training.

“JP and I talk about it, but he (Hill) was just as valuable to me as he was to JP,” Long said. “My defense has made strides since I’ve been with Perry. He’s valuable for everyone.”

Hill said his goal with Long is to build consistency, and get it to the point where the fundamentals become “second nature, where he doesn’t really have to to be mechanical, where he just kind of flows. I think the only way you can do that is through repetition.”

He thinks Long has the tools to be an excellent second baseman, but more importantly, he said, Long has a good attitude and a strong work ethic.

“If you don’t have those two, I don’t care how good you are anyway,” he said. “He’s very coachable. He’s the kind of guy, you can really get on him, and he doesn’t take it personal. He tries to grow and learn from it.”

Servais is quick to point that Long merely had a good month in the majors, and there are bound to be some growing pains. But he and the organization are high on Long’s potential – high enough to give him the second-base job over a decorated veteran like Gordon.

“This is a huge year for Shed Long, it really is,” Servais said. “Does he take it and run with it, because there was talk last year that he might be a utility guy. He might be a guy who can play some left, some second, some third. We’re going to give him a chance to try to find a home at second base and hopefully he takes it.”

Long is working to do just that. Last year, he admitted, he felt unnatural in the outfield, where he had scant experience. Drafted by the Reds as a catcher in 2013, Long was converted to second base two years later and that’s where he feels at home. He and Crawford have been working on building rapport in the center of the diamond.

“We enjoyed it last year when we were able to be in the middle together,” Long said. “This year, every day is going to be a whole lot of fun.”