The Seattle Kraken will soon go from a team with merely a logo, color scheme and Twitter account to a fully fleshed out roster of players for the first season of NHL hockey in the Emerald City since 1924.

But for fans who want to get a sense of what the Kraken roster could look like, Yusuf Shalaby, Michael Shin and three other University of Toronto students created an NHL expansion draft optimizer tool, which allows users to play the role of GM Ron Francis by selecting players based on salary-cap restrictions and talent.

The expansion draft, which takes place Wednesday evening at Gas Works Park, will allow Francis to select one unprotected player from each roster of 30 NHL teams (with the exception of previous expansion team Vegas). Seattle will choose at least three goalies, 14 forwards, and nine defensemen, with the remaining four picks for any position. He’ll also only be able to select from a list of protected players, which was finalized Sunday.

And now, thanks to this tool, fans can take a crack at creating their own Kraken roster ahead of the draft.

“Now that the protection lists have been revealed, what we’re seeing is that Seattle can build a pretty good team,” Shalaby said. “Just purely based on the numbers and without spending too much beyond the minimum (salary) which they even have to spend. There’s a lot of good players out there.”

The idea for the project, hatched in 2017 ahead of the Las Vegas expansion draft, was brought to life by a group of five graduate and undergraduate students — Shalaby, Shin, Albert Loa, Rafid Mahmood and Benjamin Potter — under he guidance of Timothy Chan, an engineering professor at UT.

Chan, who is also the director of the UT Center for Analytics and A.I. Engineering, thought the expansion draft was the perfect way to study optimization through the lens of sports analytics due to its protection rules and cap space specifications. Once he found a group of students interested in applying the concept and building the website, they got to work.

“We had a version of this tool up back then, and we played with it and showed it around,” Chan said. “When the Seattle expansion draft was happening, we decided to revisit the tool and modernize it a little more and make it a little more user friendly.”

Mathematical optimization is a process that involves selecting the best possible outcome within a specific set of parameters. Chan compared optimization to Google maps choosing the fastest route when asked for directions and said most sports fans use optimization to help set their daily fantasy sports lineups. Shalaby, who studied optimization under Chan at UT for his master’s degree, stuck with the example of the Kraken.

“Optimization will let you create your team in a way that maximizes the value while also following the rules of the draft,” he said. “We can basically express these draft rules as mathematical equations, and that allows us to give it to a computer and then return the optimal lineup in terms of these numbers while also making sure we’re not breaking any of the draft rules.”

Shin was the one who first reached out about revamping the tool, and while the optimizer model needed little work, even four years after the Las Vegas expansion draft, the rest of the website did. 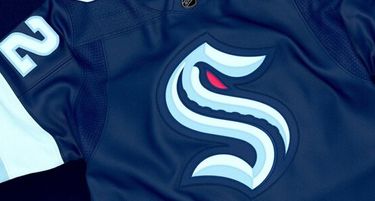 Take a sneak peek at the first Kraken jersey

The user interface needed to be reworked and explained better — the team added a tutorial to help people unfamiliar with optimization understand what was happening — and Shin rewrote the whole front-end of the website to make the presentation look cleaner.

The group also had to rewrite parts of the optimizer to interface with the new website better, and Chan estimates it took a couple of months to put everything together. Even with all the extra time the project required, Shin said he appreciated the opportunity to test his skills.

“This was a good chance to work on something that was a little bit different than my day-to-day job,” he said.

While Shin and Shalaby were very confident in the team’s optimizer, they do want fans to know a few things before logging on. Most important, the website is not a predictor of the future. Instead, it gives fans a chance to run the expansion draft as if they were a general manager. They hope the new tutorial will help explain exactly how the optimizer works and what to expect of it.

Additionally, Shin noted that the optimizer can’t account for trades or behind-the-scenes deals in which the Kraken avoids a certain player because of an agreement with the other team, as it’s too difficult to predict.

However, the project has made the whole team excited to see what’s on the horizon for the Seattle Kraken, even though Shin and Chan are both avid Vancouver Canucks fans.

“Looking at this optimizer I’m like, ‘Oh man, Seattle’s gonna be good.’” Shin said. “That’s not good for Vancouver.”