A lawsuit filed Thursday in King County Superior Court states the Kraken Bar & Lounge, founded in 2011 by William Knupp and husband-and-wife Kat Colley and Daniel Colley, had begrudgingly tolerated the team’s name choice despite a parade of new patrons in “hockey themed attire” showing up amid its usual music clientele wanting to make the venue their hangout. But the final straw, according to the lawsuit, came when the team this month announced it will open the Kraken Bar & Grill at its planned $80 million training facility come mid-September.

The lawsuit for trademark infringement and tortious interference asks that the team be prohibited from using “The Seattle Kraken” name and any others similarly confusing with its own trademarks. It states that the team’s announcement of the coming practice facility restaurant run by former F.X. McRory’s Steak Chop & Oyster House owner Mick McHugh “is sure to ruin The Kraken Bar and its near decade-old, cherished image and reputation as one of Seattle’s last dive bars.” 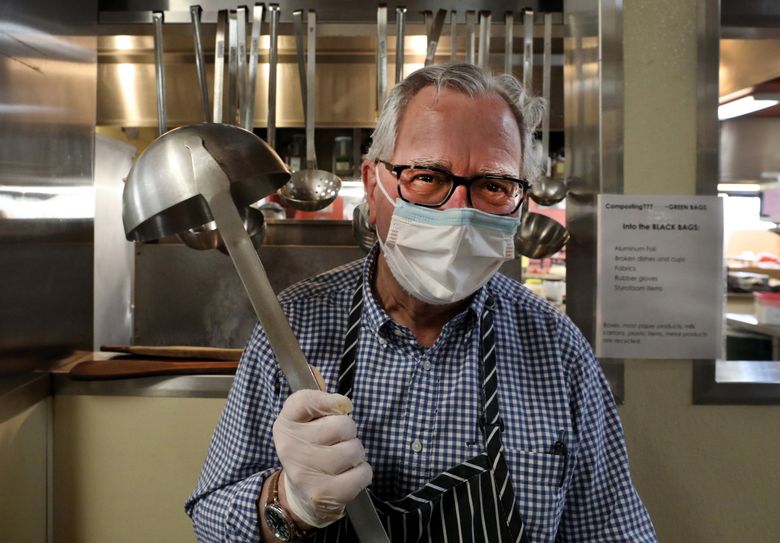 The suit claims the punk bar’s trademarks are entitled to protections because they are distinctive of its goods and services and existed long before the team’s July 2020 name announcement.

The NHL team did not immediately respond to a request for comment.

The lawsuit claims the punk bar’s owners didn’t know what to do last summer when the better-resourced NHL team announced its name and new patrons began showing up wanting to turn their establishment into a hockey bar.

“That The Kraken Bar would or should become a ‘hockey bar’ or a sports bar of any kind was anathema to The Kraken Bar and its regular patrons,” the lawsuit states. “The Kraken Bar’s regular patrons frequented the bar precisely because it was a dive-bar, associated with affordable food and drinks as well as cutting edge live music performances by well-known punk and metal bands.”

The lawsuit says the punk bar by this year noticed actual confusion by customers thinking the venue was team-sponsored. And that the team’s “blitzkrieg advertising campaigns” had caused the bar’s online and social-media presence to drop “to a location only the most dutiful or mindful consumer could find.”

The $3.5 million amount sought equates to past investments and sweat equity the owners say they’ve put in. “The Kraken Bar remains one of the few dive bars left in the neighborhood and region,” the lawsuit states. “Its patrons are loyal. Many cannot stand the thought of losing The Kraken Bar to a corporate-sponsored bar, devoid of personality and consumed by an investor mandate to extract premium prices.”