AUBURN — Mario Gutierrez knows how to win the Kentucky Derby, riding two horses to victory in the Run for the Roses — and he is plenty good at Emerald Downs too.

Gutierrez, who has won two Longacres Miles, added the $50,000 Emerald Distaff Handicap to his list of achievements at the Auburn racetrack Sunday afternoon. He rode Princess of Cairo to a four-length victory in the signature race of the season at Emerald Downs for fillies and mares. 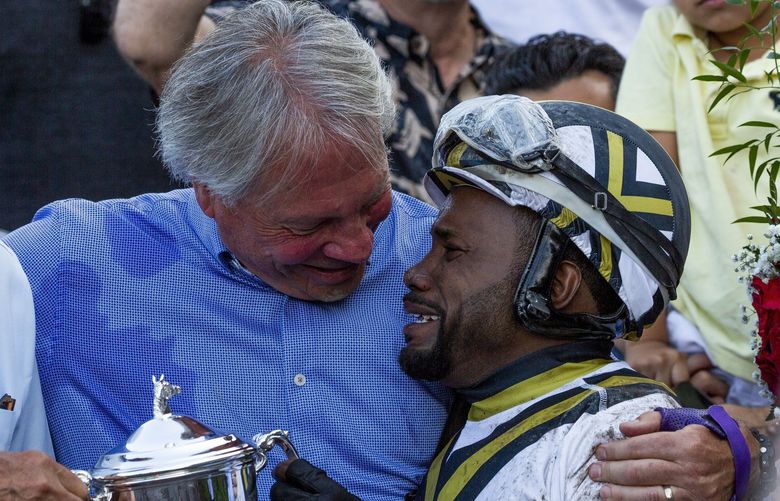 Gutierrez, who is based in Southern California, had Princess of Cairo, the 3-1 second choice, in third place for much of the race. Going into the turn, Gutierrez said he wanted to move his horse to the outside but there was another horse in the way.

“The rail opened and we went for it,” said Gutierrez, who won the Kentucky Derby in 2012 on I’ll Have Another and in 2016 aboard Nyquist.

He won the Longacres Miles those same years, riding Taylor Said in 2012 and Point Piper in 2016.

Gutierrez said he talked to Glenn Todd, who trains Princess of Cairo when she runs in Vancouver, B.C., about how the horse likes to race.

“We did that today, and it worked perfectly,” Gutierrez said.

But there was no doubt who the winner would be in the final eighth of a mile.

“She’s got so much talent,” said Sandi Gann, who has been training Princess of Cairo when she races in the U.S. “Sometimes she doesn’t show it but she did today.”