“If I was to reclassify, these would be my last couple of games,” the O’Dea junior shared the eve of the Fighting Irish’s playoff run. He was referring to a fleeting moment last summer when Banchero and his family contemplated him graduating high school early.

Joining the trend for elite high-school athletes would’ve put Banchero — a five-star, 6-foot-9 recruiting prospect — on a college campus by fall and on the fast track to the NBA. Instead, the power forward dismantled high-school opponents and left them with the deflating fact they’ll have to face him again next year.

Banchero averaged 23 points, 11 rebounds, four assists and two blocks per game for O’Dea, earning him the Metro League boys MVP and the defensive player of the year awards. He’s also The Seattle Times’ pick for boys basketball player of the year. 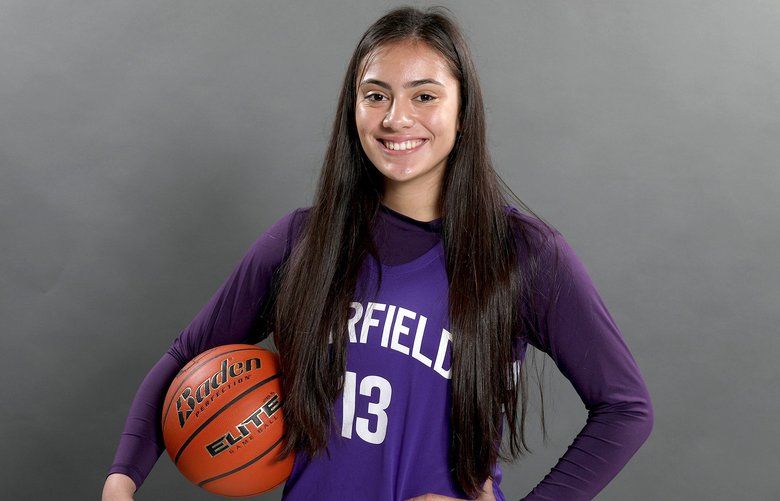 The Fighting Irish are preparing to defend their Class 3A state tournament title this week in the Tacoma Dome.

According to multiple recruiting sites, Banchero is the fourth-best player in the nation for the Class of 2021. There currently isn’t another player of his caliber in the Pacific Northwest region to challenge Banchero, which is why reclassifying was alluring to his family.

But tapping into their family heritage might be the right fit.

Banchero’s father, Mario, is of Italian descent, which qualifies Paolo, 17, for Italy’s men’s basketball national team. In June, Paolo’s family will travel to Italy for him to participate in the Italian Basketball Federation’s training camp. If selected to the national team, Paolo will travel to Serbia later that month to play in a tournament to help qualify Italy for one of the final four slots in the Tokyo Olympic Games, which begin in July.

“They reached out a couple of years ago about the possibility,” said Mario of the IBF wondering if his talented son’s Italian name meant verifiable Italian roots. “Once they contacted us, I filled them in that we’ve actually been pursuing (getting Italian passports).”

Mario’s great grandparents immigrated from Northern Italy in the early 1900s, establishing themselves as farmers and coal miners in Black Diamond. Because their son — Mario’s grandfather — wasn’t naturalized in the U.S., his lineage qualifies for Italian citizenship.

The arduous process involves verifying birth certificates, death certificates and marriage licenses plus interviews. A task Mario, who’s president of Mondo & Sons, a fourth-generation butcher company based in Seattle, pecked away at to procure passports for his three children with wife Rhonda, a Black American.

Paolo also being a gifted basketball player like his mother — a standout University of Washington alum and WNBA forward — helped cut through the red tape.

“It’s not something I was interested in doing just for Paolo,” said Mario, a former UW and O’Dea football player. “This is more of a family deal and providing opportunities for the kids. … Our goal as parents is to really unleash the possibilities and this is a big step in that direction. I take a lot of pride in that.”

Paolo and his family received their Italian citizenship approval in February. The excitement surrounding the challenge of competing as an Italian Olympian against the best basketball players in the world was undeniable in Banchero’s voice.

For now, the focus is another state championship.

“We’re definitely looking to turn the intensity up,” Paolo said of his team and future.

The Tomahawks continued their dominance against WesCo 3A/2A teams behind the leadership of Stordahl. He averaged 20.2 points and 4.8 rebounds per game this season.

Garfield returned to the Class 3A boys state tournament after a one-year absence because of Eason’s leadership. The Cincinnati-commit averaged 22.3 points and 15.7 rebounds per game.

The versatile post, who was also The Times’ defensive football player of the year, is tough to defend with his ability to score from anywhere on the court. Averaged 15.3 points and 6.6 rebounds per game for the Metro League runners-up.

The Saint Mary’s commit helped the Wildcats defend their KingCo 4A championship and was voted MVP of the league. He averaged 18.6 points, 6.6 rebounds and 6.4 assists per game.

A growth spurt helped boost a breakout year for Hickman. The all-Metro League first-team pick led the Crusaders by averaging 18.1 points, 3.8 assists and 3.1 rebounds per game.

The Tomahawks continue to build on their fourth-place finish in the Class 3A boys state tourney last year. They repeated as WesCo 3A/2A champs and reached the District 1 title game.