Three of Seattle’s top sports stars — Sue Bird, Megan Rapinoe and Russell Wilson — wore matching Black Lives Matter T-shirts when they hosted The ESPYS in June. Because of the coronavirus pandemic, they emceed ESPN’s annual awards program remotely, but they were united — symbolically and vocally — in their message around racism and athlete activism.

“For centuries, there have been fights for justice and equality in this country, led by Black people,” Rapinoe, the OL Reign star, said during the show’s opening. “This movement is no different, but as white people this is the breaking point. This time we’ve got to have their backs.”

“Our country’s work is not anywhere close to done,” Wilson, the Seahawks quarterback, added. “We need justice. We need true leadership. We need a change, and we need it now.”

Inspired by generations of athletes before them — from Tommie Smith and John Carlos in the 1960s, to modern activists Serena Williams and Colin Kaepernick, among others — athletes in 2020 spoke out about the social-justice movement in a way never before seen. And when the sports world came to a halt Aug. 26 in the wake of the police shooting of Jacob Blake in Kenosha, Wisconsin, the Storm, the Sounders and the Mariners were among the teams to join nationwide protests and refuse to play their scheduled games.

“Silence is violence. This fight is so much bigger than sports,” Sounders star Jordan Morris posted on social media.

WNBA players made social justice a focal point of their season inside their bubble in Bradenton, Florida. They dedicated the season to Breonna Taylor and the Say Her Name movement, raising awareness for female victims of police violence.

“We’re ready for it, and we’re built for it,” Storm forward Alysha Clark said. “That’s what the women of this league are made of. We’re built to fight. We’re built to stand up for what is right in this world.” 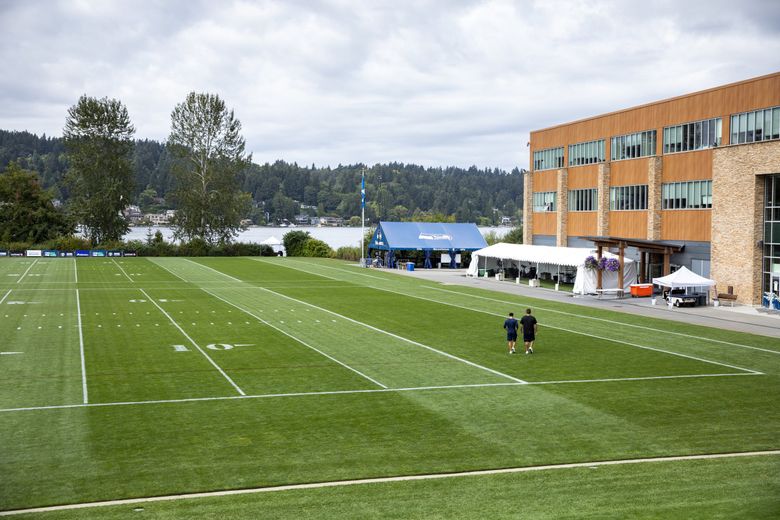 Bird, the Storm’s star point guard, has said that WNBA players are conditioned to fighting for respect as athletes who are often marginalized. In that spirit, WNBA players were unified in the greater fight for racial equality and police accountability.

“What this summer has taught I think all of us in the WNBA is that we have a voice, and we do have this platform,” Bird told NPR in October. “And we also have these unique experiences that we can share — and again, all in the name of having a positive change on our country.”

When the Storm won the WNBA championship in October, Clark said the accomplishment was all the more significant because of the meaning behind it.

“This one is special just because of the reason that we were here in the beginning,” Clark said. “We wanted to bring awareness and give a voice to the Black women that are often forgotten in this country.

“We are often overlooked and often unheard. This championship was for them and for us. … To be able to come out here tonight and win this, it’s a championship for little Black girls and Black women across this country. I hope each and every one one of them feel just as victorious in this moment as I do. Because you should. We see you. We hear you. We acknowledge you and your life matters.”

The Mariners had 11 Black players on their 40-man roster — more than any team in Major League Baseball — and they made the fight for social justice a priority during their truncated 2020 season. Mariners players voted unanimously to protest their Aug. 26 game against the San Diego Padres.

“It means a lot just to be a team with so many African-American players and be able to represent that community as well,” Mariners rookie center fielder Kyle Lewis said. “We were able to come together and just show unity with the whole team, too. I appreciate all my teammates and everybody coming together and just showing unity. It really means a lot to everybody in that clubhouse.”

On Aug. 28 — the day MLB had previously designated to honor Jackie Robinson — Mariners veteran Dee Gordon held a virtual news conference and spoke about the experiences of Black players in baseball. Gordon was one of a handful of Black players who earlier in the summer helped organize the Players Alliance calling for equality in baseball.

“The message is that we’re tired,” Gordon said. “I think we just told you this (after George Floyd’s death) and have been telling you every day forever. It’s time for the world to open their eyes and see that we’re tired. We’re tired of our people being killed, we’re tired of being nervous if we’re next or if our family members are next.”

Seahawks coaches and players held an emotional meeting on the grass berm overlooking the team’s practice fields Aug. 29. Players voted not to practice that day, instead taking the time to register to vote.

In a virtual news conference that afternoon, Seahawks coach Pete Carroll gave an impassioned speech about racism and equality, and he urged fellow coaches to use their influence and become engaged on social-justice issues.

“Never before this year has it been so deep and so rich in the exchanges with our players in how they’ve taken this opportunity to teach us more and deeper about what the life of a Black man is like in America — black men and women,” Carroll said. “And they’ve been compelled to speak out more than ever; there’s been less fear, less concern. I love that our environment is such that guys are willing to say what they can say and they’re OK about that. …

“I’m hoping that from this point forward maybe there’s a new door to open for us,” Carroll added. “And we can walk through it together with the thought of doing what’s right. What’s right is treating people equally.”