Summer whale watching season brings humpback whales, southern resident orcas, Biggs (transient) orcas and other whales to our waterways. The nonprofit Whale Trail promotes a series of 100+ Pacific Coast destinations well-suited for viewing marine mammals, from California to Canada. The site offers excellent tips for whale spotting from shore, including how to scan the horizon for plumes, fins and flukes. 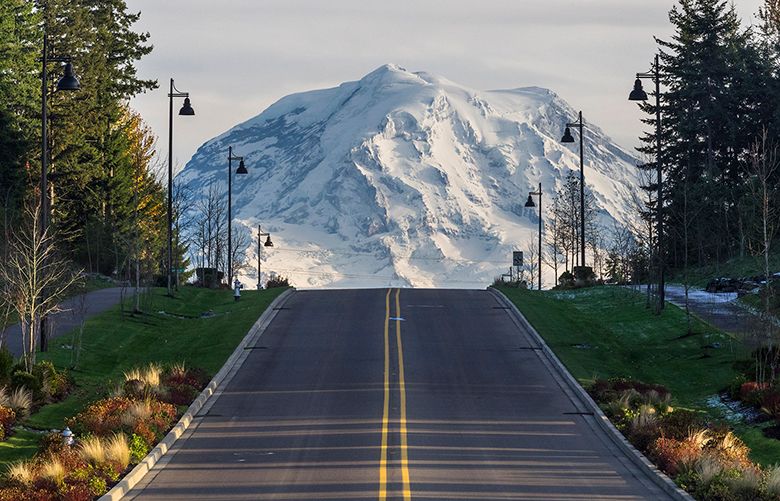 Where to see whales in Washington

Sites on the Whale Trail dot the Washington Coast from Long Beach up to the Olympic Peninsula, then around the Salish Sea and deep into Puget Sound. Pack binoculars to visit a few stops on the Washington Whale Trail, learn about the creatures at a museum, or head out on a whale watching road trip to one of the following regions.

While you can pick just about any place to watch for whales along the coast, some are nearer lodging, food and non-whale entertainment options.

This area is prized for its proximity to Seattle — and migrating and resident whales. Numerous tours depart and cruise the area.

While you may not find the diversity of the regions above, you also won’t need to drive far to spend an hour or two scanning the horizon or enjoying a picnic.

The granddaddy of whale-centric museums is aptly named The Whale Museum in Friday Harbor on San Juan Island. The museum’s Gallery of Whales offers interactive displays, giant skeletons and historical exhibits on local marine mammals, including the orca pods in surrounding waters. If you spy a whale while on your sojourns, report a sighting to the museum’s Whale Hotline, or use the Whale Alert app to identify and report whales.

But several other aquatically themed destinations offer a chance to learn about and meet marine mammals indoors and nearby, including Point Defiance Zoo and Aquarium (seals, walruses, otters), Port Townsend Marine Science Center and the Langley Whale Center on Whidbey Island.

Whale watching tours can be a more efficient way to find graceful mammals. Some may even guarantee a whale sighting, with 90% or higher sighting rates during the summer season. Boats can get closer to wildlife than you might at the shore, although the crews must follow local, state and federal whale-viewing regulations (generally, staying 100-400 yards away).

Tours may be half- or full-day and cost around $100-$120 per adult, less for children. Most depart from ports near the Salish Sea, the body of water between Washington and Vancouver Island. Snacks or meals may be offered or included, along with naturalist guidance.

Clipper Vacations operates the only whale watching tour departing from Seattle at Pier 69. The half-day cruise takes 4-6 hours and features onboard naturalists, the ability to order locally sourced food and drink, and seat selection.

Summertime half- and full-day tours from Puget Sound Express depart in summer from Edmonds, Port Townsend, and as of 2022, Port Angeles. It’s possible to order box lunches in advance, and a galley serves snacks and fresh-baked blueberry buckle. Onboard naturalists help understand the surrounding geography, history and wildlife.

San Juan Island Outfitters embarks on waterway tours near the San Juan Islands, departing from Roche Harbor on San Juan Island. On a 55-foot boat, naturalists and captains share information and point out wildlife, and a field guild library is also aboard.

Outer Island Excursions leave from Anacortes and various islands nearby — Orcas Island, Lopez Island, and Lummi Island — on speedy, smaller boats. Naturalists are aboard to guide you through the 3-4 hour tour.

Note: Visit Bewhalewise.org to read more about orca recovery efforts — only 74 resident orcas remain in local waters — and learn more about what you can do to protect local marine mammals and other wildlife. More information is available at the Washington Department of Fish and Wildlife.

Whether you’re looking to make an environmentally conscious choice with a hybrid or to save cash with our new car lease deals, Western Washington Toyota Dealers can help you find a new car that keeps up with your lifestyle.